Home News All round excellence 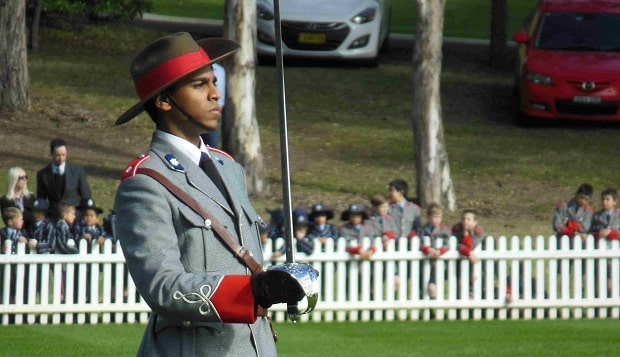 Like most of his cohort, as Matthew Jacob prepared to sit for the 2013 HSC, he had a clear goal which did not merely involve coveted courses and number crunching.

Instead, he aimed to achieve his full personal potential.

Having fruitfully spent his primary and high school years juggling academic demands and extracurricular pursuits, for Matthew, the ‘daunting prospect’ turned out to be an opportunity to consolidate a lifetime’s learning.

While he did pull off a perfect ATAR of 99.95, he accomplished much more. A product of the elite King’s School in Sydney, Matthew was named inaugural 2014 Tuckwell scholar, one of only 24 from across Australia.

Dubbed as Australia’s equivalent of the Rhodes scholarship, the $100,000 award recognises good citizenship as well as academic excellence and was instituted at ANU by successful commodities trader and alumnus, Graham Tuckwell.

Recently the 2014 scholars met Prime Minister Abbott to brief him about their goals and vision for the future.

“The scholarship was founded on a sense of giving back to Australia in your chosen field, which aligned perfectly with my own personal goals. This long term vision prompted me to submit an application in the first place”, an elated Matthew told Indian Link.

“The Tuckwell program isn’t just another scholarship which rewards students for meeting set academic requirements, but rather a life-changing program in which scholars are paired up with experienced mentors to guide them towards achieving their goals”, Matthew explained.

“Importantly, the ability to work alongside a group of 24 similarly motivated individuals in the inaugural cohort is extremely exciting and I look forward to seeing what we can achieve together in the future”, he added.

The shortlist process was rigorous and intensive, involving over 600 written applications.

Commending Matthew as a rare young man and gifted all-rounder, King’s principal Timothy Hawkes stated: “During his time at King’s, he has established himself as one of our most impressive young men, possessed of the capacity to lead, serve and to be a fine role model both inside and outside of the classroom. It would be a very fortunate community that was to attract him, for he would bring a rich diversity of talents, together with an energy and maturity, which would be invaluable”.

Matthew gained a full academic scholarship at King’s; he has excelled in academics winning the school dux award for three consecutive years; and has shown an equal commitment to extracurricular activities, particularly community engagement.

As Prefect, House and Debating Captain and Adjutant of the Cadet Corps, he was highly involved in the school community. But it was his genuine desire to serve others that endeared Matthew to his peers and mentors at school. 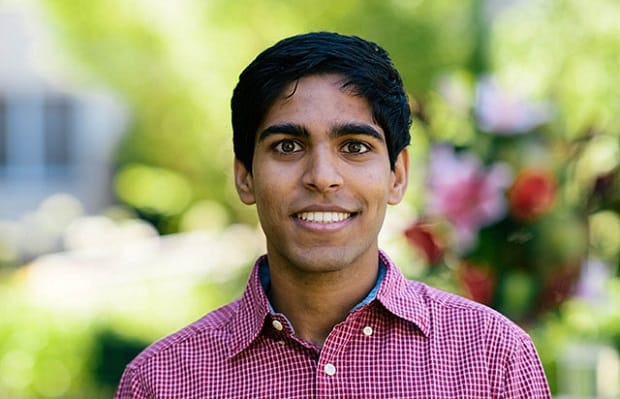 For Matthew, a transforming experience has been his stint with King’s Cadet Corps. “Serving as the Adjutant (leader of the corps) meant that I was responsible for upholding general standards in the unit. I witnessed the immense coordination behind the scenes required to ensure the smooth running of an organisation more than six hundred strong. My experiences in the Cadet program was most enjoyable and contributed greatly to my personal development”, he stated.

Matthew will now pursue an Oxford University style five year, vertical-double degree in Politics, Philosophy and Economics as well as Juris Doctor. He eventually hopes to carve a career in politics and judiciary, a relatively virgin terrain for someone of his ethnicity.

“This unique ANU programme has an extensive range of subjects which will hopefully open many doors in the future. I find the overlap and similarities between the three disciplines fascinating to study”, said Matthew.

“I have always held a keen interest in politics and current affairs”, he continued, “which has been aided by my interest in debating. At a personal level, this ambition is complemented by the drive to actively contribute to society in whatever way I can, and to inspire positive change”.

“I served in the Judiciary as possible path to fulfil these goals. My mock-trial experience during Year 10-11 helped cement this as a possible career option and I look forward to beginning the legal portion of my degree in the years ahead”, said Matthew.

As a young man with a clear vision not just for himself, Matthew believes societal pressure for Indian students to enter into the medical and legal fields “has harmed our younger generation by diminishing their ability to contribute to society across a broader scope of sectors”.

But there is a slow and significant change in the role of the Indian community in mainstream society.

“There is a greater interest in politics than ever before. And I harbour a much grander vision for a future in which Indians will play a powerful role in the shaping the direction of Australia in the ‘Asian Century’”, he avers.

“But for this to happen, pre-existing social stereotypes must be removed and education is the best way forward. As the Indian youth of Australia we should push actively for greater political participation for Indians across all levels of government and that unless this happens, actual change is unlikely in the near future”, he said.

Matthew’s vision for Australia is one of greater societal harmony and cohesion, in which ethnic minorities are not only respected and visible but have a greater role in shaping its future. “A decade from now, I hope to be in a position where I can work towards this vision, in politics or any other field”, he added.

Barely weeks into his programme at ANU, Matthew has already joined the highest debating team, ANU 1, to compete at Easters, the premier Australian inter-varsity debating tournament.

He is also volunteer mentor for local high school students as part of the Raising Hope Organisation.

“Extra-curricular activities played a major role in my high school development and I hope this continues into the future”, emphasised Matthew.

Impressed by Matthew’s stellar performance so far, King’s deputy principal Andrew Parry believes that he will “make a significant contribution to society in the future, be it as a Member of Parliament or serving on the Judiciary, both areas of endeavour to which he aspires”. The Indian community certainly wishes Matthew well as he climbs his mountain and reaches for the stars.