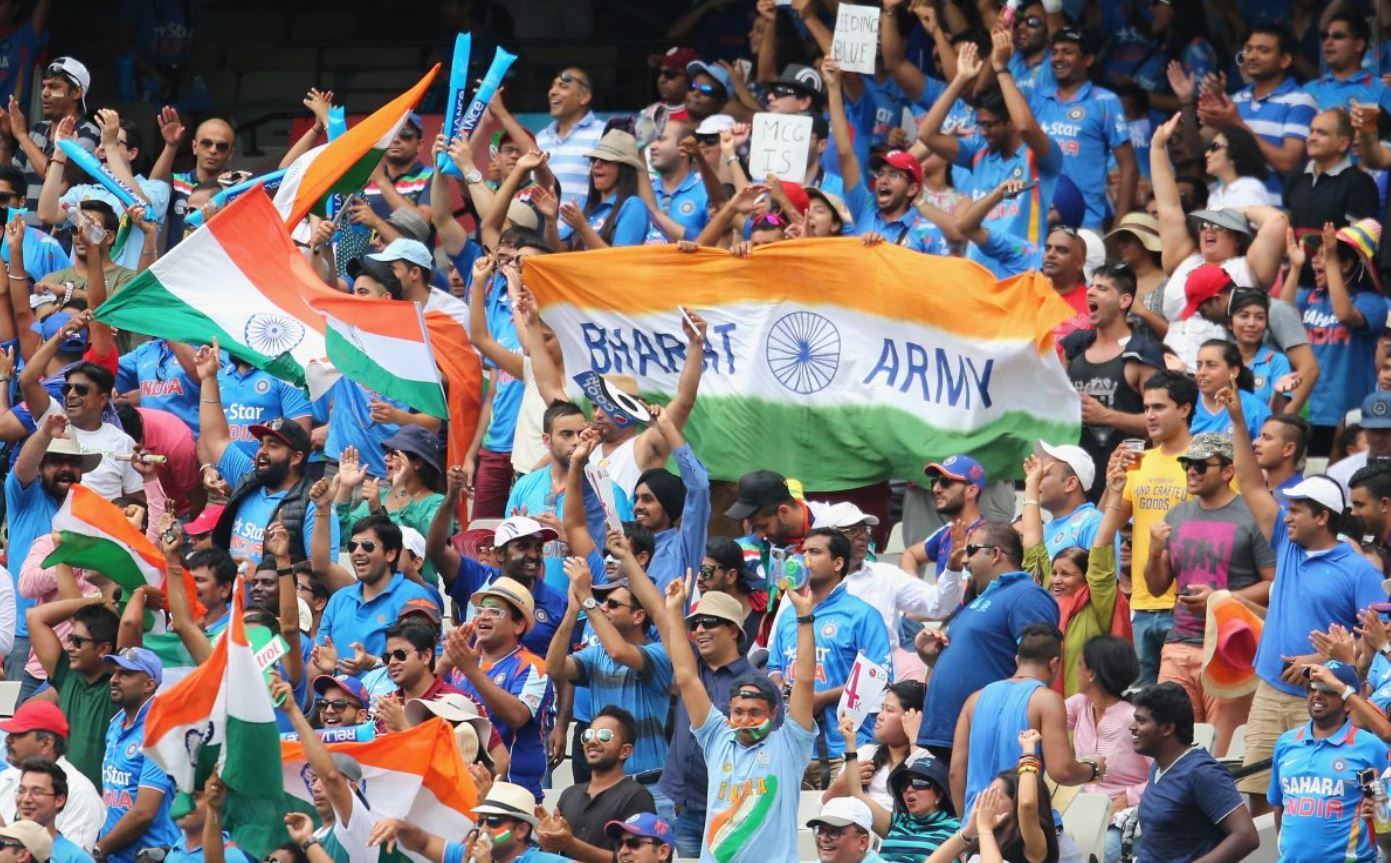 There was jingle a few years ago which went something like, ‘Anywhere in the world it’s great to be young’.

Given the massive, and overwhelming, crowd support Team India has received so far – both at the Adelaide Oval and at the Melbourne Cricket Ground – they might like to change it a bit and sing, ‘Anywhere in the world, it’s great to be an Indian cricketer.’

Indeed, there’s no dearth of crowd support for Mahendra Singh Dhoni and his team. During the India-Pakistan game, the Indian fans – sporting the team colours and waving the tri-colour – descended on Adelaide Oval from all over the world. The Indian fans easily outnumbered those of Pakistan and it was a similar story at the MCG.

Though no other game can generate the hype that an India-Pakistan match generates, the experience at the ‘G’ was something distinctly memorable.

With a capacity of around 90,000 spectators, the MCG, easily the biggest cricketing venue in the world, was a full house, with the Indian fans outnumbering the South African fans by a ratio of nearly nine to one.

Ahead of the match there was not as great a buzz as there was leading up to the India-Pakistan game, but as the time for the first ball grew near, all roads leading to the MCG were draped in the colour blue.

Inside the imposing stadium, which stands on four splendid floors, each and every stand was overflowing with blue. 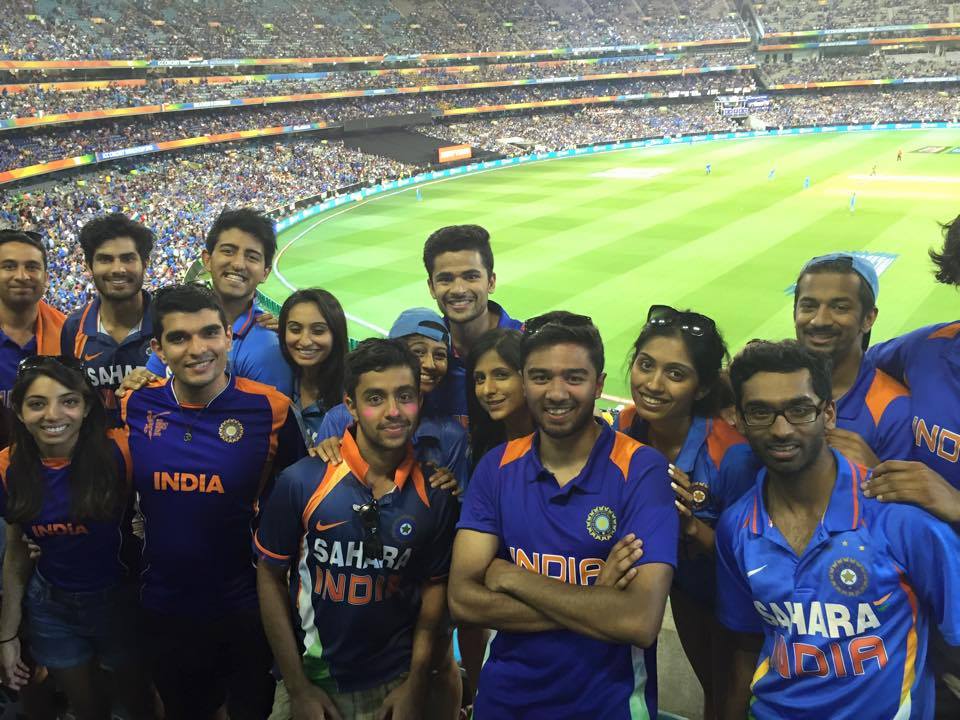 Every time Shikhar Dhawan or Virat Kohli or Ajinkya Rahane hit a four, there was a frenzy in the stands with fans clapping, dancing, waving the tri-colour. It was a mass swelling of pride.

Even the slightest hint of an appeal by a South African bowler was booed in disapproval, a misfield greeted with a roar and a 50 or a 100-run mark would see the Mexican wave going.

Such strong support for the Indians perhaps could only be matched by football crazy fans in a FIFA World Cup game.

The MCG could well have been mistaken for the Eden Gardens of the old – which had a capacity of 100,000 people – or even a Wankhede Stadium twice its size.

There was talk of a subdued response for the game because of the White Night Festival the evening prior.

However, while the entire city appeared to be celebrating on Saturday (especially near Flinders Street Station close to the MCG) till the wee hours, by the time the toss was held, the MCG was more or less packed.

Another few thousand tried their luck outside the entrance gate hoping for an extra or spare ticket. 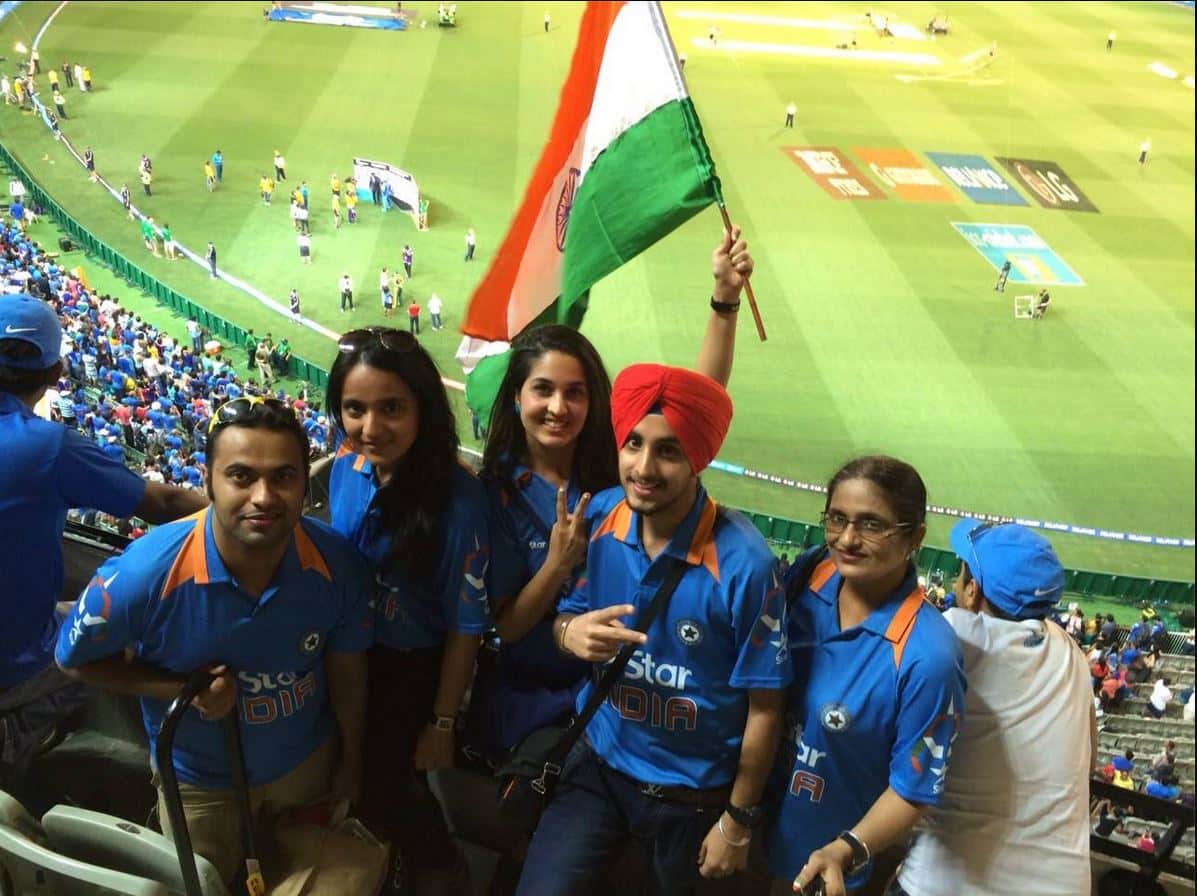 There was no way the massive crowd support would have gone unnoticed, or unappreciated. When someone actually asked Dhoni about his feelings regarding the crowd support, he said, “I am glad you asked me that question.”

He continued saying, “The attendance was 86 or 87 thousand (86,876). Let us give the benefit of doubt – 20,000 to the South African fans. So, to get over 50,000 people in Australia… the atmosphere that gets created starts from the warm-ups and after the national anthem, it just multiplies.

“The kind of support we are talking about… even when we play in India, some of the stadiums do not have that kind of capacity. Even when they are full, they are close to 40,000. Today we are seeing in Australia more than 50 to 60,000 people supporting us. Definitely we need to give a lot of credit to them. It is really heartening to see people coming from all over.”

With Team India doing so well, just imagine what MCG would be like if the Men in Blue make it to the World Cup final next month!