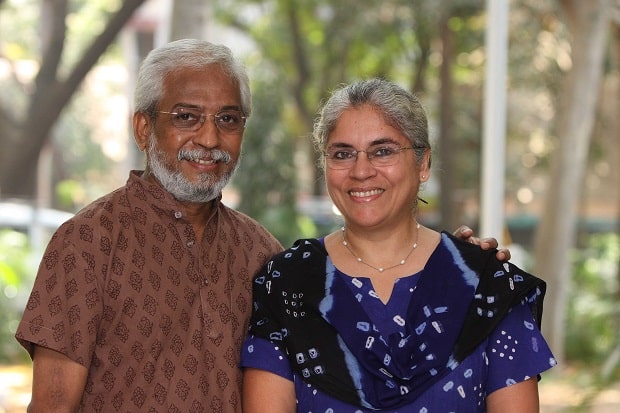 When it comes to Indian cinema, hardly anyone mentions or knows about documentaries, the poor cousin of feature films. So it was a rewarding experience to watch three award winning Indian documentaries made by KP Jayasankar and Anjali Monteiro at Parramasala 2013 from October 5-7 at the Riverside Theatre in Parramatta. The program was presented by Dr Anne Rutherford with the support of University of Western Sydney (UWS), University of Technology, Sydney (UTS), Indian Council of Cultural Relations and Information and Cultural Exchange Inc. (ICE).

The three documentaries screened were Our Family, So Heddan So Hoddan (Like Here, Like There) and Naata (The Bond).

Our Family explored the lives of some members of the transgender community. What does it mean to cross that line which sharply divides us on the basis of gender? Is there life beyond a hetero-normative family? This documentary was set in Tamil Nadu, India and brings together excerpts from Nirvanam (Liberation), a one-woman performance, by Pritham K Chakravarthy, and a family of three generations of transgendered female subjects, Aasha, Dhana and Seetha. The film explores the normality of their existence with the dark and powerful narrative by Pritham. Nirvanam refers to the act of liberating oneself from the male body and transforming oneself to a female, also alluding to the surgical ceremony opted for by some transgenders. The journey of the three protagonists towards a reinvented selfhood is a tumultuous one that is often fraught with violence, exploitation, affection and courage. Weaving together performance, life histories and everyday life, the documentary slowly makes one realise that perceived divide between ‘us’ and ‘them’ does not really exist.

So Heddan So Hoddan (Like Here, Like There) languidly explores the many-layered beautiful poetry of Shah Abdul Latif Bhitai, a medieval Sufi poet, and the world of three men from the Fakirani Jatt community, on the Indian side of the border of India and Pakistan, who struggle to keep alive the syncretic legacy of Bhitai. Bhitai, an iconic figure whose poems are sung in Kuchchh, Gujarat, and across the border in Sindh, Pakistan, celebrates diversity and non-difference. Before the partition, the Fakirani Jatt community had no borders and moved around freely. With the tightening of the Indo-Pak border many of them have ‘lost’ members of their families in Pakistan. The growing industrialisation of Gujarat has meant a fight for survival as they continue to be marginalised in their own land.

During the lively Q&A session that followed the movie, a member of the audience of Pakistan origin commented that Shah Abdul Latif Bhitai was very much in ‘alive’ in Sindh. His poems are still taught in schools.

Naata (The Bond), screened on the last day of the Parramasala weekend to even greater audiences than the first two documentaries. This was a testimony to the power of the film-makers’ story-telling, obviously spread by word-of-mouth. Naata is about Bhau Korde and Waqar Khan, two activists from different communities who become friends when they get involved in conflict resolution and working with neighbourhood peace committees in Dharavi in Mumbai, reputedly the largest slum in Asia. This film explores their work and includes documenting the process of collective production of a film by Waqar Khan and use of visual media for ethnic amity. The story is inter-woven with the personal story of Monteiro and Jayashankar who also come from different communities and religions, but are now married. It also explores their daughter’s quest for identity.

A recurring question at the Q&A session that followed was regarding safety at Dharavi. Many members of the audience had a different perspective of the location, as depicted in Slumdog Millionaire, which the film-makers set out to dispel. The film-makers said that since the 1992 riots in Mumbai, there have been no major communal riots as the protagonists and other members of the committees actively sought ways to maintain peace in the area.

Anjali Monteiro and KP Jayasankar, the film-makers of these three very different documentaries, are professors at the School of Media and Cultural Studies, Tata Institute of Social Sciences, Mumbai. Monteiro has a Masters in Economics and a PhD in Sociology. Jayasankar has an MA in German Studies and a PhD in Humanities and Social Sciences. Both of them are involved in media production, teaching and research. Jointly they have won thirty national and international awards for their films. Their most recent award is the Basil Wright Prize for So Heddan So Hoddan at the 13th RAI International Festival of Ethnographic Film 2013. They have several papers in the area of media and cultural studies, and serve as visiting faculty to several institutions in India and abroad. They are currently visiting professors at the University of Technology, Sydney.

It is fascinating that the film-makers were able to tell their stories effectively with minimal resources in terms of money and manpower. In all three documentaries the roll of the credits for the crew lasted less than a minute. Making documentaries for over three decades now, these film-makers are driven by their belief in social justice. When Indian Link asked them about their motivation to make these documentaries, they said that they were intrigued by the wisdom and dignity of the marginalised communities and have learnt much from them.

“Our methodology of work involves collaborative documentation with the subjects, discussion with them on what they would like documented, sharing and discussion of the footage on location, exploration of what kind of representations they are comfortable with and finally, sharing of the film before it is finalised,” they revealed. “On most occasions, we maintain contact with our subjects”.

What made it interesting was that all of the documentaries were unique, touching on different issues, challenges and victories of humanity. Documentaries are generally much varied in the subjects they portray and closer to the truth than fictional feature films. Give it a try, be brave, go ahead and watch some documentaries, and you are sure to be drawn to them!

The spicing up of Penrith