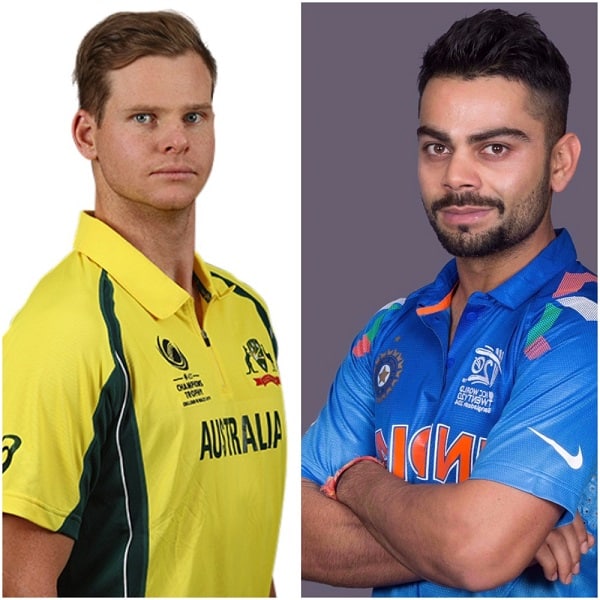 Smith and Kohli will lead their respective sides in a five-match ODI series, which will be followed by three T20Is scheduled from September 17 to October 13.

“Virat is a better limited over batsman, only just; Steve Smith is a better Test batsman, in my opinion. About their captaincy I can’t say. Two young captains, two very good players,” the 36-year-old told reporters during a panel discussion ahead of Australia’s limited overs tour of India.

Australia registered a 1-1 draw in the recently-concluded Test series in Bangladesh.

Clarke feels that despite the disappointing result — which included their first-ever Test defeat to Bangladesh — the current Australian team has plenty of potential to play better cricket.

“I think this Australian team has huge potential, I think it’s now time to turn that potential into consistent performance. We have got match-winning players, there are enough talented players to beat any team in the world,” Clarke contended.

“But when I saw Steve Smith in the Test series, I felt he was not as pro-active as he should be.”

“Some of the bowling changes were not that good and I feel Virat Kohli is learning with each and every match and (he) has also the advantage of playing with someone like Mahendra Singh Dhoni — probably one of the most successful captains on the field,” he added.

Laxman heaped praise on India all-rounder Hardik Pandya but reckoned he should be consistent with his bowling.

“One player who has impressed me a lot is Hardik Pandya, because… he is a tough player. A lot of the burden was on Yuvraj (Singh), Mahendra Singh Dhoni and Suresh Raina to finish the matches, but the way he (Pandya) finishes the innings is very crucial,” he said.

“Hardik is a player who is very exciting and with each and every match he is improving. If at all he can be more consistent with bowling, in which he is showing positive signs, he will be my MVP (most valuable player).”