Ahead of an all-important Test series, it would be a routine task for the Indian team’s batting coach Sanjay Bangar to organise net bowlers to facilitate a good training session.

This time round, he got together with an old mate Sanjiv Dubey, a Sydney-based sports coach and sports writer, to give a local group of upcoming cricketers the experience of their lives.

In a unique opportunity four young lads from Western Sydney got to take a day off school to see what it’s like to bowl to the stars of India’s cricket team, including Virat Kohli, Rohit Sharma, Ajinkya Rahane, Murali Vijay and Cheteshwar Pujara.

“I was really excited,” spinner Venkat Viswanathan recounts. “Initially I felt under pressure, but as I bowled I began to feel more comfortable.”

It is an experience that he and his mates Avi Bansal, Sandeep Deepak and Ishan Iyer will never forget.

Sanjiv Dubey, a Level 3 coach, is the founder of the Western Sydney based cricket academy Sports Foundation Australia, and as coach of the Blacktown Grade Cricket Club, he has been mentoring the boys for a very long time.

“These boys are not just weekend warriors – they are keen and budding cricketers who have been part of Cricket NSW’s pathway program, playing representative cricket before emerging into senior cricket,” the proud coach, who has himself been invited to net sessions with visiting Indian cricket teams for many years now, tells Indian Link. 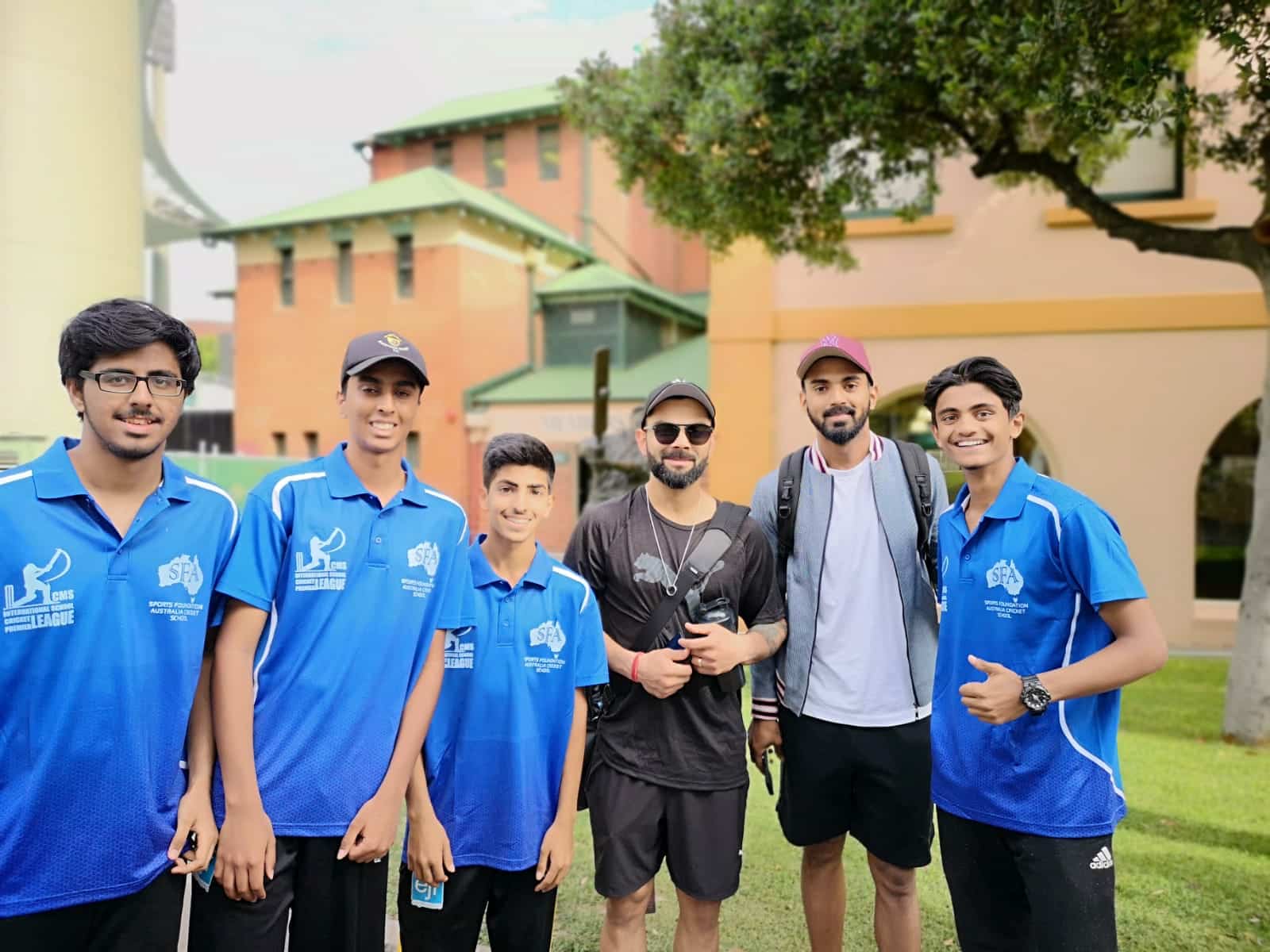 His wards have now started to make their mark in the NSW Premier Cricket league.

“Venkat finished as the second highest wicket-taker in last year’s NSW Under 16 Green Shield tournament,” Sanjiv reveals. “And he hasn’t stopped there – in the NSW state Under 21 PGs competition playing for Blacktown Grade Cricket Club, he has been in thick of wickets, claiming the scalps of some big names like Liam Scott and Lachlan Hearne (who are representing NSW in the Under 19s). Venkat is still under 17.”

Dubey was able to organise for Indian chinaman Kuldeep Yadav to share some quick words of wisdom with Venkat, advice that will stand the youngster in good stead as his own career blossoms.

No doubt Virat Kohli is currently in great form for his country, but so is fast bowler Avi for his Blacktown Club, as are Sandeep for Mosman and Ishan for Western Suburbs. “It was like David and Goliath, watching them against the greats at the SCG nets,” Dubey laughs.

The Goliaths of the Indian team have been known to mentor many young Davids. In fact, Sanjiv reveals, as the videos of Venkat bowling to Virat Kohli got shared around in India, he was mistaken for another Indian youngster who is often seen bowling at the Indian team’s net sessions, and is deemed to be another spin wiz.

“Not that much – only the occasional ball,” the 16-year-old replied like a pro. “A few of my leg spinners and wrong’uns spun, but not too much.”

Sanjiv is very proud of the manner in which his boys rose to the occasion. “On the day these young boys fully understood their job and role and presented themselves with great professionalism, while respecting the expectation without getting in the personal spaces of the senior players,” he describes. “Once the net session was over, they also had the opportunity to interact and take photos with their heroes.” 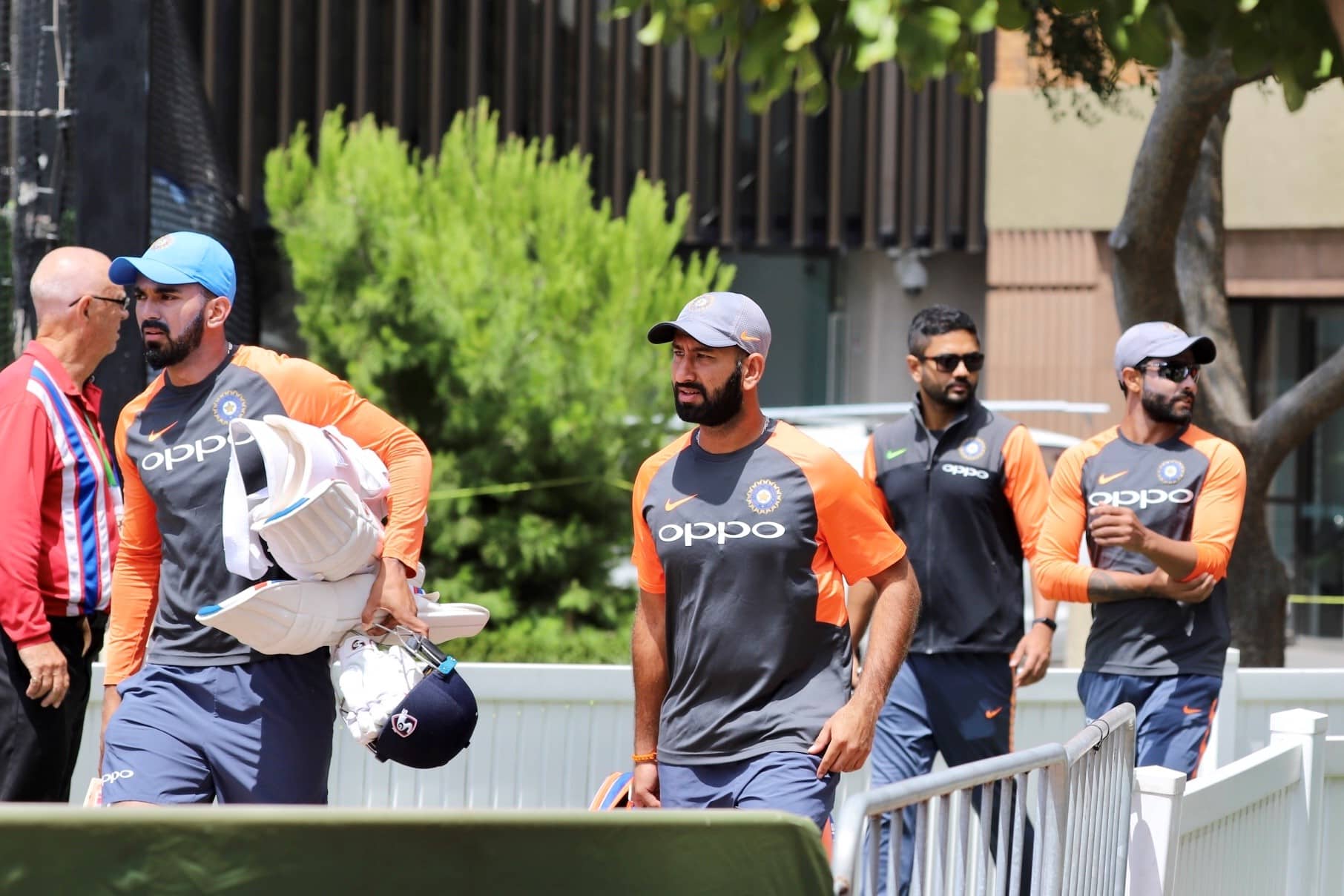 “It was a unique experience to be able to interact with the Indian team,” paceman Avi Bansal recounts. “To be alongside players of such high calibre and to train with them is the stuff of dreams.”

Dubey agrees. “It will be an understatement to say that these boys have scored a lifelong memory. This should inspire and motivate many other young cricketers to keep playing and one day maybe bowl to their star players.”