It has been twenty years since the tragic passing of Princess Diana. It was a loss of one of those rare humanitarian souls that perhaps the world is lacking at this particular moment, someone that the world truly loved. 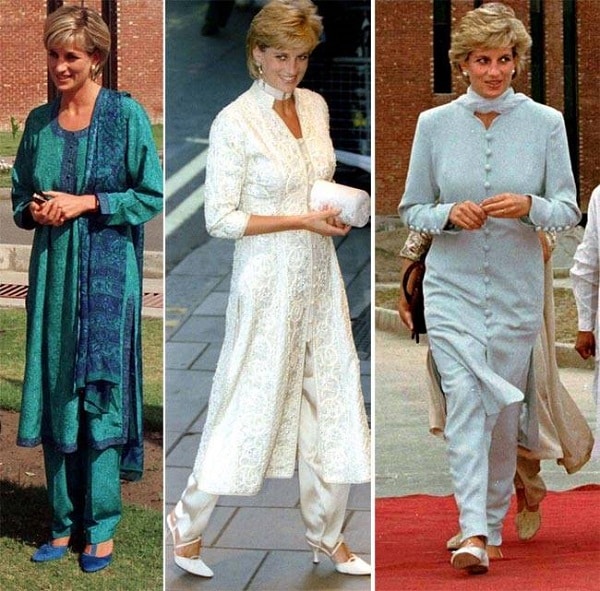 Princess Diana had a very giving heart and a connection with India. Sri Chinmoy visited her in Kensington Palace in 1997 on 21 May just months before her passing. In his book on Princess Diana, Sri Chinmoy explains, “When we meditated together at the start of our meeting, I immediately felt this is the real Diana. She had so many spiritual qualities that were just beginning to bud and bloom in her life, the way her service life had already blossomed…”

During their meeting, Diana proudly showed Sri Chinmoy her beautiful crystal Ganesh statue which she had bought herself and kindly posed for a photograph next to it. Sri Chinmoy also presented her with a song he had composed about Princes William and Harry in Bengali and one of his beautiful abstract bird drawings of her two sons labelled with W and H. 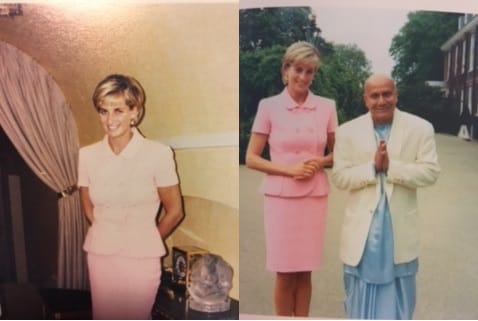 “She immediately recognised what the two letters stood for and said, ‘My boys! My boys! William and Harry!’ How much love she had for her sons.”

They corresponded regularly afterwards, Sri Chinmoy often collecting and sending her positive media articles from the international press to help encourage her in her charitable service, with Diana writing back regularly. “It is always interesting to read articles that are printed overseas,” she wrote. And again, “Your letters are so enormously encouraging. It is through this encouragement I find the strength to continue with the fight against landmines, which is so vitally important for me.”

It was through this regular correspondence with Sri Chinmoy that Diana’s other immortal Indian connection happened, her meeting with Mother Teresa. When Sri Chinmoy came to learn from Princess Diana that she longed to meet Mother Teresa, he immediately phoned Mother Teresa who was travelling in Europe at the time. Mother Teresa was also extremely happy to meet with Princess Diana, whom she regarded as her daughter. Sri Chinmoy passed on Mother’s direct number at her request and acted as a devoted bridge between the two. Their meeting took place just four weeks later on 18 June at Mother Teresa’s Sisters of Charity House in the Bronx. 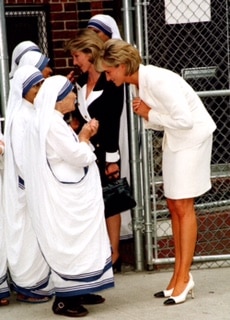 “These two women,” said Sri Chinmoy, “Princess Diana and Mother Teresa, have given us one message: we have to think more about the rest of the world than of ourselves.”

Of their meetings, Mother Teresa said, “She helped me to help the poor and that is the most beautiful thing. She was very concerned about the poor… she was a very great friend in love with the poor, that is why she came close to me.”

Sri Chinmoy said recalling the meeting, “For many years I wanted to meet Princess Diana because I had the deepest admiration for her philanthropic and charitable works and I was deeply moved by her spontaneous compassion for the sick and the suffering humanity. Unfortunately this meeting of ours was to be our last. Just over three months later the world lost her, a most precious diamond.

Chinmoy Kumar Ghose, who became known as Sri Chinmoy, was an Indian spiritual leader who taught meditation in the West after moving to New York City in 1964.

A Life Lost, and Gained