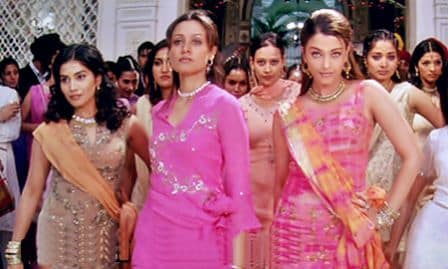 ?It is a truth universally acknowledged, that a single man in possession of a good fortune, must be in want of a wife.?

2013 marks the bicentenary of the publication of Jane Austen’s Pride and Prejudice. First published in 1813, the story has continued to captivate readers, generation after generation. Even 200 years later in a different time and age, the story has not lost its charm, and has sold over 20 million copies. It just refuses to become mundane. Many romantic novels have been written and enjoyed by generations, but none like Pride and Prejudice. Darcy and Elizabeth appear to be caricatures of the characteristics they have been endowed with. Charlotte Bronte’s Jane Eyre, Wuthering Heights by Emily Bronte and Gone With the Wind by Margaret Mitchell are other novels with strong male and female protagonists who have continued to woo readers with their idiosyncrasies. Jane and Rochester, Catherine and Heathcliff, and Scarlet and Rhett Butler, like Darcy and Elizabeth, are characters who not only exasperate readers, but make them fall madly in love with them. They have all been made into movies and television series, won awards, been popular and inspirational, but it is difficult to find another novel that has as many adaptations as Pride and Prejudice.

?He is a gentleman, and I am a gentleman’s daughter. So far we are equal.?

Because readers were so desperate for more of Darcy and Elizabeth, there are more than 100 literary adaptations of the novel. But the fascination does not stop at Elizabeth and Darcy, as there have even been stories written about Mr Darcy’s Little Sister, Charlotte Collins and Caroline Bingley, Mary and Lydia Bennett. There are numerous stories written on Pemberley (Darcy’s home) and even some on Mr Darcy’s daughters. The fascination with the characters and the story has had such far-reaching effects that Pride and Prejudice and Zombies, and Pride and Prejudice and Zombies: Dawn of the Dreadfuls were written for slightly alternative Austen fans. The first television presentation of Pride and Prejudice was in 1938 and the first movie was made in 1940. Since then there have seven miniseries, the most popular and the most memorable being the one with Colin Firth as Mr Darcy. Of the movies made, the 2005 flick with Keira Knightley and Matthew Macfayden as Elizabeth and Darcy respectively has been the most popular. There’s also the fantasy version of the story Lost in Austen, written by Guy Andrews, which gives Austen’s version an interesting twist. Many a young, ardent Austen fan would have found herself in the shoes of Amanda Price, the main character. The books and movies in the Bridget Jones Diary also have a loose connections to the novel, and the novel even dazzled Bollywood, with Bride and Prejudice.

?There is, I believe, in every disposition a tendency to some particular evil, a natural defect, which not even the best education can overcome.”
“And your defect is a propensity to hate everybody.”
“And yours,” he replied with a smile, “is wilfully to misunderstand them.?

A Jane Austen fan myself, I have the read the novel a number of times, and have even seen all the popular television and film versions of the novel. And I can safely say that any number of repeated viewings fail to make Darcy and Elizabeth boring. The cleverness and clarity with which Austen has drawn these characters endears them to all ages at all times. Austen was way ahead of her times in her maturity of thought, but did not get any recognition for her books during her time as they were all published anonymously. Even during the Victorian and Romantic era of English literature, readers preferred Charles Dickens and George Eliot. A surge of appreciation for her work was seen in the late 19th and early 20th century, with critical appreciation of her work being published in several literary journals. Soon her books became the focus of academic study, making way for my first audience with Jane Austen in early 1980s. I have remained one of her fans ever since. I have to say, without an iota of doubt, that Pride and Prejudice is one of my all time favourites.

?Vanity and pride are different things, though the words are often used synonymously. A person may be proud without being vain. Pride relates more to our opinion of ourselves, vanity to what we would have others think of us.?