Cinema’s jack of all trades, master of many.

That’s how one magazine described Mohanlal in 2004. Fourteen years later, the title still stands, and this was best illustrated by the superstar’s recent stage show in Sydney, Mohanlal Starnite, as part of his Australian tour to mark his 40 years in showbiz. 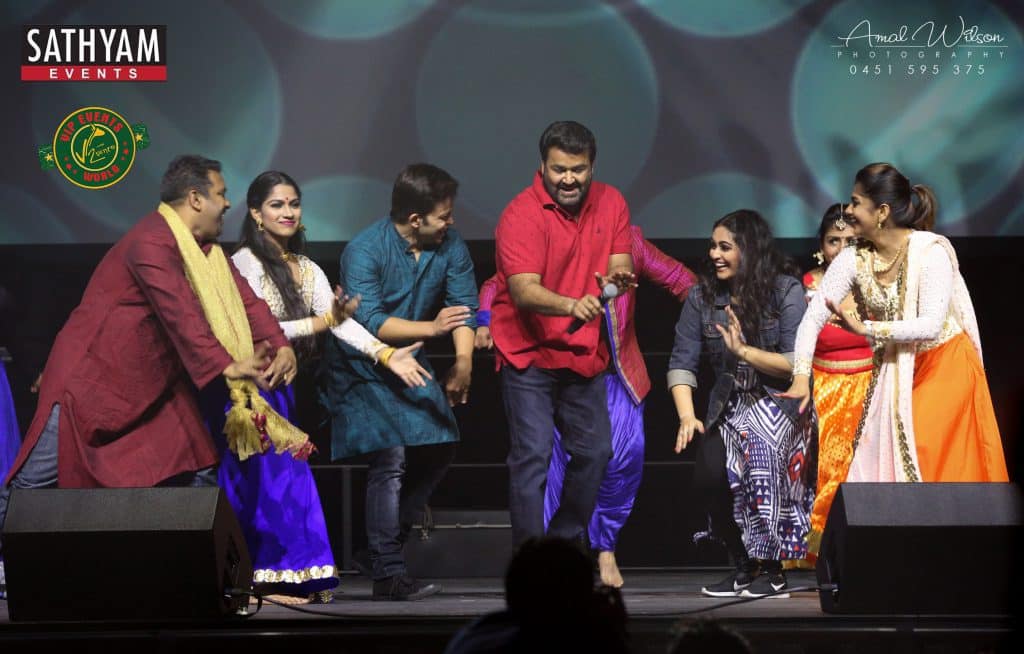 Even in a production that had more than a dozen other artists including some brilliant musicians, Lal pretty much stole the show. During the three-hour event, he graced the stage for more than 70% of the time, at times singing, at times dancing and at times doing something that is second nature to him – acting. It was interesting to watch the spectators, fixated as they took in one of the most sought after Indian actors performing ‘live’ in skits. 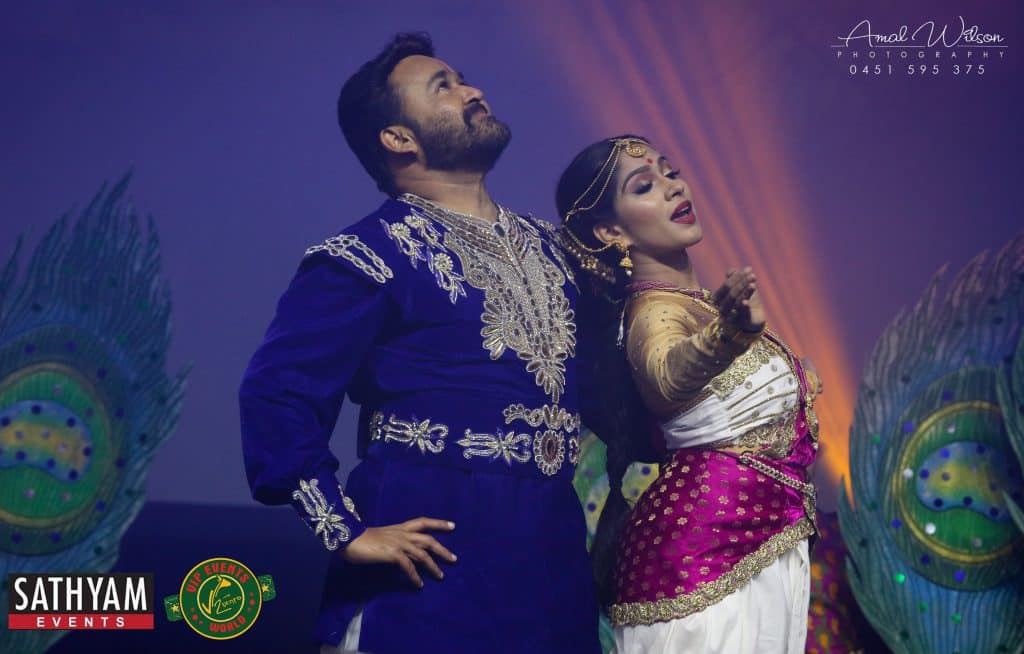 The show opened some half an hour late to a packed audience at Quay Centre, Sydney Olympic Park. In the opening segment Mohanlal made a dramatic entry on the stage all by himself, conversing to the audience about his life and his evolution as an actor, and singing the song I believe in you, originally sung by the American country singer and songwriter Don Williams. It was exactly the spectacular beginning to the evening that the audience had hoped for. 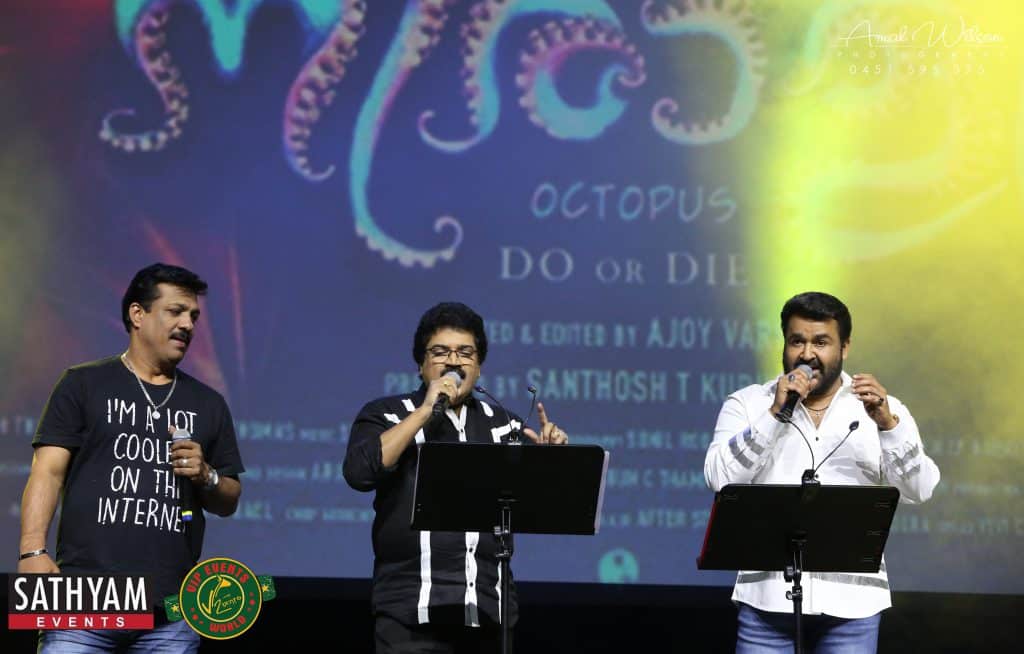 The event was interspersed with testimonials in the form of videos from eminent directors of the Malayalam film industry that Mohanlal has worked with all these years. They were quite smartly used as fillers. As the show progressed, a few amazing singers were showcased – MG Sreekumar, Preethi Warrier and the 12-year-old child prodigy Shreya Jayadeep that the crowd clearly adored.

Mohanlal has always been quite vocal about his love for music in real life, so it was not surprising that the show was heavily loaded with songs, with pretty much half of the artists singing, and Mohanlal himself crooning a few numbers, much to the delight of the audience. 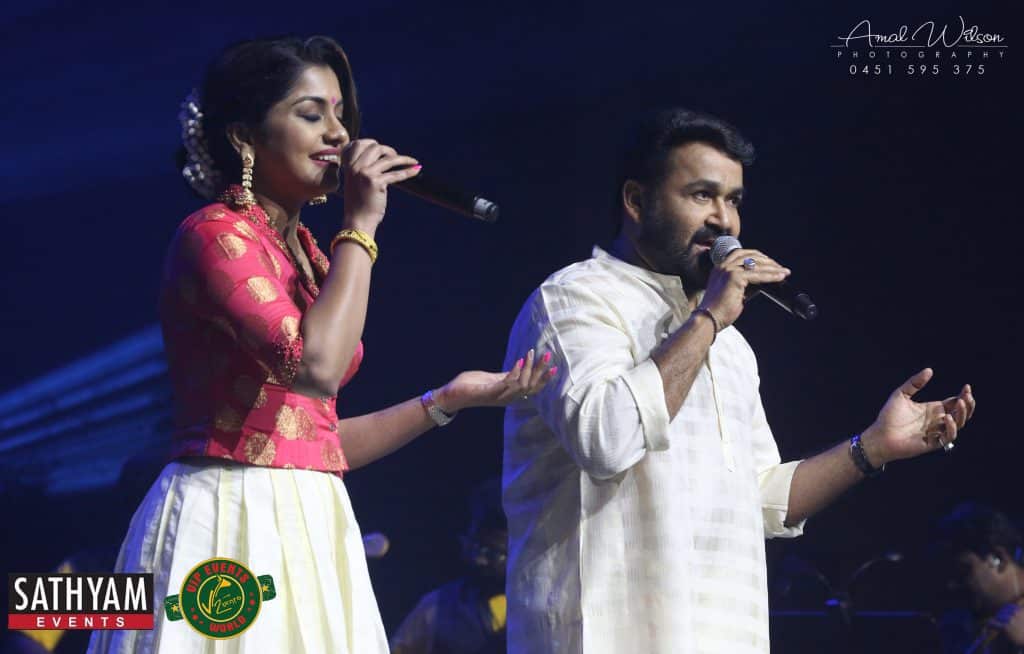 Unfortunately, though, it ended up becoming a double edged sword for the actor. A lip-sync fail for one of the songs stirred up a fair bit of controversies. “We totally understand that Lal is not a singer, so it is fair enough that he uses the back track for one of the songs. But we never wanted to – nor were we expecting him to – sing so many songs in a signature show of his,” commented Priya, an audience member.

Around 2,000 people that witnessed the show were also a bit divided about his singing performance, especially when he sang songs from the ‘70s, probably because Mohanlal’s film songs from the ‘80s and ‘90s were what most people here grew up with. 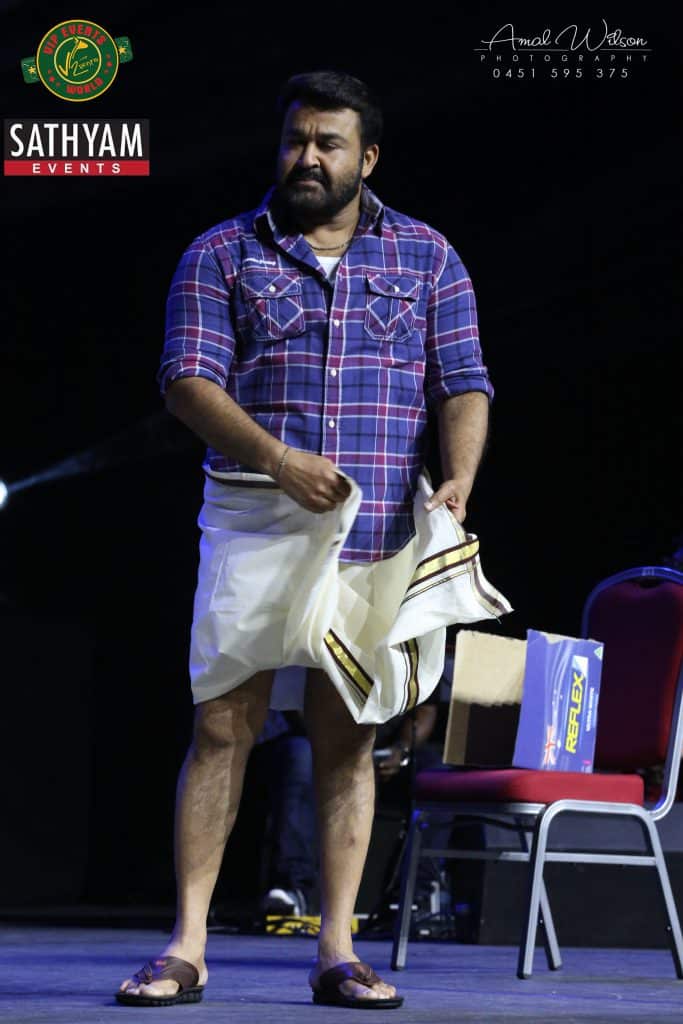 Lal did a few dance numbers too, most of them in the soothing, semi-classical style unlike his more popular peppy on-screen numbers. Another male dancer, Arjun Lal, led the team in the more energetic ones. Boasting a huge local participation, the dances were beautiful though not resplendent. Stand-up comedian Suneesh Varanad cracked up the audience, and the two lead actresses Prayaga Martin and Meera Nandan made ample efforts to add value to the show. 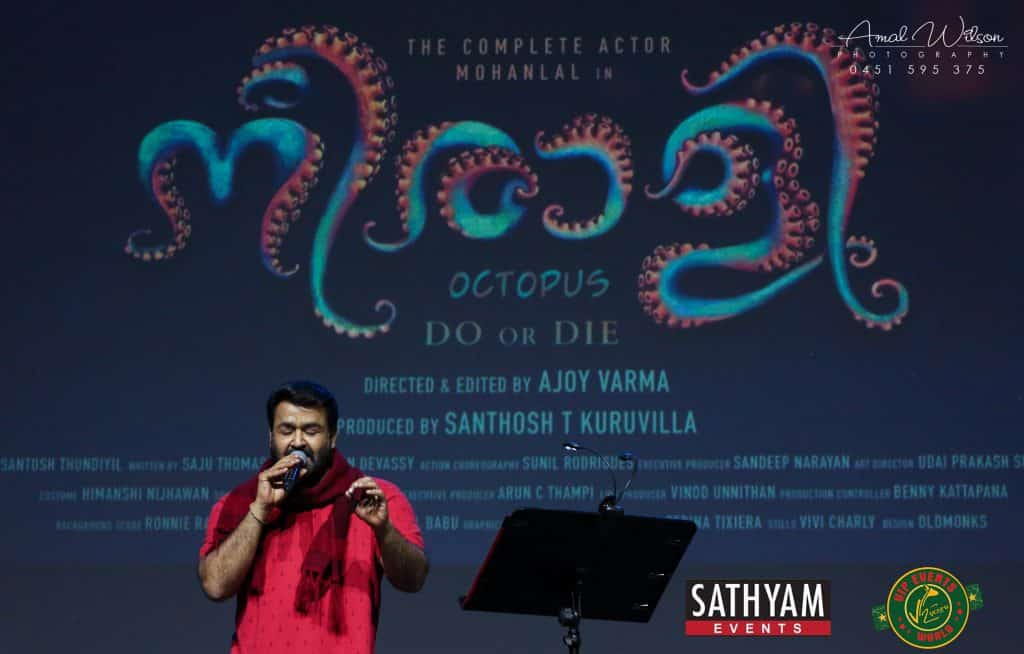 Overall, if your aim was to catch a glimpse of the legendary “Complete Actor” (as he is fondly called by his admirers) in action, this was the perfect opportunity to do so. “Unlike a lot of ‘superstar’ shows, this man was there in flesh and blood for more than three-quarters of the time; performing in front of the audience, like a true workhorse. And it did compensate for the minor flaws in the larger scheme of things for sure,” said Mathew, aptly summing up the experience.