Each decade of India’s journey since 1947 has been a challenging one, heralding change not always for the better, writes SAROJA SRINIVASAN 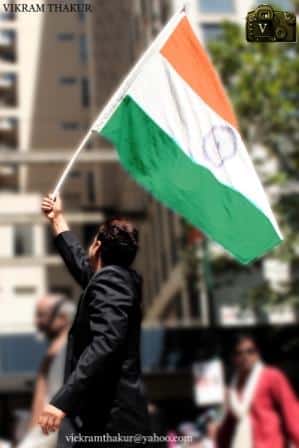 The most certain test by which we judge whether a country is really free is the amount of security for the minorities.

As we celebrate India’s 65th year independence, a bit of nostalgia has crept in. Let’s take a trip down memory lane and see what perceptions of gains made since independence come to the surface.

From what I can recall and what I have been told, the mood of the people in the early days after India’s Independence was euphoric. There was a general sense of relief that all the sacrifices made during the freedom struggle had paid off. However, this was also tinged with a lot of sadness for millions who were affected by the partition of Pakistan from India. For thousands of years this geographical area of millions had gone through several invasions and natural disasters, yet continued to live with tolerance and respect. Now suddenly they were torn apart. Families were separated, many innocent lives lost. India struggled through those years trying to create a new identity, shedding the vestiges of colonial masters and re-discovering their unique Indian-ness.

Friends in the Fifties

In the 1950s, too young to totally comprehend the meaning of being independent, we were excited by the charisma of our new leaders and their ideas for a bright future. The five-year plans seemed achievable and many other countries were keen to seek our friendship. I remember a huge celebration welcoming the then Chinese leader, Chu en Lai singing: “Hindi-Cheeni bhai bhai!” Come 1962, it was: “Hindi-Cheeni ladai ladai!” We were at university, patriotism was strong. Several friends signed up for the army and were posted at the front line.  This meant that there was a possibility that some of them would not return. This realisation catapulted us into the reality of the world around, and gave us a rude awakening to life as adults.

The 1960s were troubled times – many changes were happening and India as we knew it was now being systematically carved up along language lines, conflicts over a national language, while shortages of food, electricity and water were all too pressing. The promises of politicians were beginning to be seen for what they were. Our social reformers of the past were advocating genuine equality for all; now religion and caste were becoming politicized. In the name of technological and industrial progress, agriculture was relegated to the backseat.  We also saw the exodus of many academics overseas and the steady ‘brain-drain’ picket up momentum. With this came the move in large numbers from rural to urban sprawls, increasing the population of already over-crowded cities.

India through the ‘70s and ‘80s, now seen from afar, seemed riddled with insurmountable problems – population explosion, strong parochial sentiments, and a lack of opportunities for the young were all too visible. Political divisions were polarising the masses. Unscrupulous politicians were able to buy the votes of the illiterate. The distance between the haves and have-nots was getting wider. A steady murmur of discontent, conflicts with neighbouring China and Pakistan were also increasing, with each taking a strong nuclear stance. Yet progress in space research, nuclear technology and IT boosted the much-needed hope for the future. Slowly expat Indians were beginning to see opportunities in India.

Hope in the new millennium

The decade of the ‘90s and the hopes for a new millennium brought a steady influx of returning NRIs. The standard of living rose, creating a huge educated middle-class. Multinationals were competing to enter our lucrative market, in turn providing many employment opportunities; but also draining profits out of the country.

Suddenly India became the land of hope for the middle-class through its IT brain-bank. Multinationals saw the potential for inexpensive outsourcing and call-centres. More patriotic sentiments were becoming obvious within India, with many young now choosing to remain in India rather than move overseas. More Indians were slowly becoming confident and proud of their rich heritage, washing away the feelings of inferiority long encouraged by the colonial masters.

Sadly, it has also meant the diluting of our rich culture. While some changes have enriched many traditional practices, embracing uncritically foreign cultural practices that may be unsuitable to the indigenous culture, is also creating many conflicts in the society.

We still seem to have a long way to go to pass ‘the certain test of freedom’, the security for the minorities, as Lord Acton stated back in the 1800s. Yet the sheer energy and optimism within and outside of India, the Indian-ness, is something to be truly proud of and makes India and its role in world culture forever immortal.

History is not set in stone