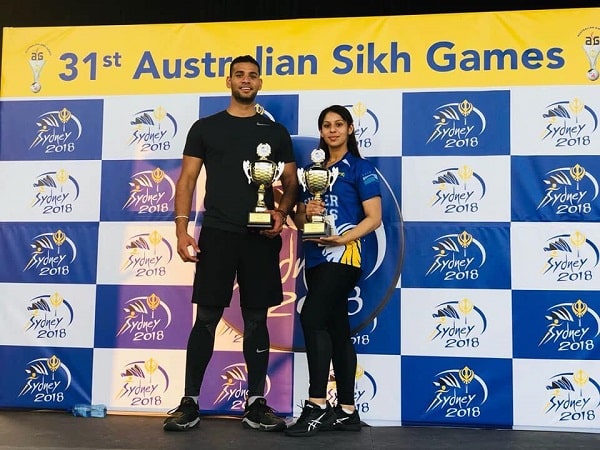 The number of spectators? Reports range from 100,000 to 130,000. At one communal meal (langar), some 27,000 plates were served.
The Australian Sikh Games were held in Sydney on the Easter long weekend. An annual Easter tradition, the Games have been bringing Australia’s Sikh community together for a glorious weekend of sport for 31 years now.
The event is organised by the Australian National Sikh Sports and Cultural Council (ANSSACC) and is hosted in a different city every year. What began in Adelaide as a hockey weekend, has today gone on to become a massive sporting event. In recent years, it has attracted participation from overseas, with clubs flying in from NZ, Malaysia, Singapore, Canada, UK and India.

The logistics in terms of organisation are stupendous, especially as it is all catered for by volunteers. There are team registrations to be organised; sporting fixtures to be arranged; sport officials, security and medical personnel to be organised; travel and food arrangements to be made. It is an enormous undertaking.
Yet the Sikh Games have now become more than sport – they are also cultural events. Besides the opening gala, this time round there were cultural shows alongside the sporting events at Western Sydney, a mega cultural night at Kings School North Parramatta, a Sikh Forum at Rydges Hotel Bass Hill, an exhibition of Sikh portraiture by South Australian artist Daniel Connell, an exhibition of Punjabi sath depicting traditional musical instruments and farming and kitchen implements, and a kirtan tour of Sydney gurudwaras.

Preparations for the Sydney Games began two years in advance, Jasbir Singh Randhawa, Secretary of the ANSSACC tells Indian Link. “These were the biggest Games ever, and it was satisfying to see a cross section of the entire community pitch in. The gurudwaras, the sports clubs, corporates as well as individuals, all cooperated to pull off a successful event.”
Help came from other sources too such as local government, and Punjab university alumni organisations. “Nearly half a million dollars was raised from within the community,” Randhawa reveals.
The Bathla Group, a Western Sydney-based construction company, was a major sponsor this year, taking responsibility for all the food over the three days in what, reports say, turned out to be a $150,000 affair.

The benefits of the entire exercise are manifold, points out Dr Pavitar Sunner, who coordinated the volunteers at this year’s event. First up, there is the sport of course, but it puts community kids back in touch with their culture, especially as they get to see – and participate in – traditional sports such as kabaddi.
“There are benefits for the mainstream as well,” says Sunner. “A study conducted on last year’s event at Adelaide showed that it added $6 million to the local economy.”
It is not surprising then to hear that the Mayor of Melbourne, next year’s host city, attended this year to get a feel of what it was all about. The social spinoffs as the community gathers from across the country, cannot be discounted either.

What is the stand-out memory from the Games this year?
“As a physician, to see a player suffer a cardiac arrest, and to see that two of his team mates, also doctors, take care of him before the ambulance arrived,” Sunner recounts. “But really, my take-home from this year is the spirit in which the Games were held: the community, the free langar, and how smoothly it all ran, despite the warm weather.”
“For me, the satisfaction comes from the fact that after two years of hard work, the participants and spectators went home happy,” Randhawa says. “The Games are really a mini Olympics, and it is amazing that we can pull them off. Nowhere else does the Sikh community have an event as wide ranging as this. In the UK, in the US and in Canada, community numbers are much larger, and it is only now they are beginning to show an interest.”
Perhaps an international Sikh Games is not far off, with Australia leading the way.

The kabaddi event from the Australian Sikh Games is always a crowd favourite. This time round though, it made the news for all the wrong reasons. The final of the kabaddi competition – to be played between Singh Sabha Sports Club Melbourne and Baba Deep Singh Club Woolgoolga – had to be scratched.
The crowds, waiting for two hours in the heat of the day, grew unruly and hurled plastic bottles on to the field. As the police were called in, it was revealed that some of the kabaddi players had refused to provide urine samples for the random drug tests.
Calls have gone out for the organisers to reveal the names of the players, with speculation abounding about the Indian ‘imports’ (kabaddi is the only event in which teams are allowed to bring in players form outside the country).  Yet ANSSACC Secretary Jasbir Singh Randhawa would not reveal anything to Indian Link, other than to reiterate strongly that the Games have a zero-tolerance policy on performance-enhancing drugs.
Vice President Mohinder Singh Bitta has sent out a similar message via the Punjabi media here in Australia and in India.

Drug tests were introduced two years ago for select sports hockey, soccer and kabaddi. The doping controversy has put a shadow on an otherwise impeccable event this year. As the Sikh Games increase in stature, organisers will need to ensure stringent measures in place to avoid recurrence.