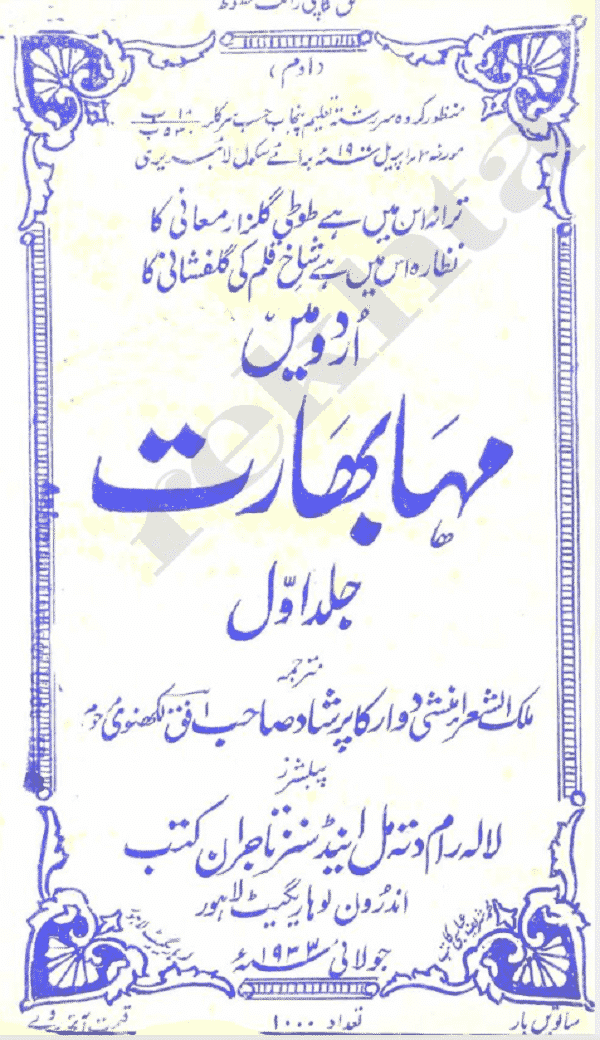 It’s a virtual library where some 90,000 titles in Urdu – including the Mahabharata and the Quran, as also autobiographies, fiction, travelogues, translations, manuscripts and pop magazines – have been digitised and made available on an internet portal for academicians, scholars and researchers to benefit from. In addition, the Rekhta.org portal offers a collection of ‘shers’ and ‘shayaris’ and an essential collection of iconic poets – all this for free!

“Our e-book project took birth in 2013 after the idea of an Urdu virtual library was discussed by me and a few university professors when the absence of an Urdu archive was collectively felt by all.

We then embarked on a journey to overcome the barrier of inaccessibility and lack of resources in Urdu learning and reached out to various sources, both public and private across India, majorly covering cities like Delhi, Lucknow, Rampur, Bhopal, Allahabad, Hyderabad, Aligarh, Patna and others,” the portal’s founder, Noida-based entrepreneur Sanjiv Saraf, told IANS in an interview.

“Without archiving, an ageless language with its long due recognition and respect would have died long ago, depriving our future generations from cherishing the rich heritage of Urdu,” Saraf added.

The 90,000 e-books – a staggering 19 million pages – are classified into diverse categories including children’s literature, banned books, diaries and translations and can then be accessed by students, scholars, researchers, litterateurs and lovers of the language anytime and from anywhere around the world.

“We are continuing to scout libraries and private collections for more books that can be digitized and made accessible to readers across the world. Rare, out of print books that are totally inaccessible to the masses as they are stored in various libraries all across the country which are prone to damage and destruction due to termite, water and fire damage are being sought,” Saraf explained.

Most of the books were secured through camps organised by Rekhta at which several publications and private parties willingly donated century-old Urdu scripts. Lucknow’s Naval Kishore Press, founded in 1858 and arguably Asia’s oldest printing and publishing concern, was a major contributor, rendering some 2,000 books which included translations of the Mahabharata and the Quran and rare manuscripts starting from the 17th century.

“Many of the texts received were tattered and torn due to negligence and poor handling. Rekhta assembled all such texts which were then reprinted, re-dyed and recreated for audience consumption,” Saraf said.

“The same kind of archival has begun for Hindi readers with a different team attending to Hindi texts and scripts available for digitization. The project has been running successfully in its attempt to virtually reincarnate Urdu literature as Western scholars and professors make use of Rekhta’s e-library in their studies,” Saraf pointed out.