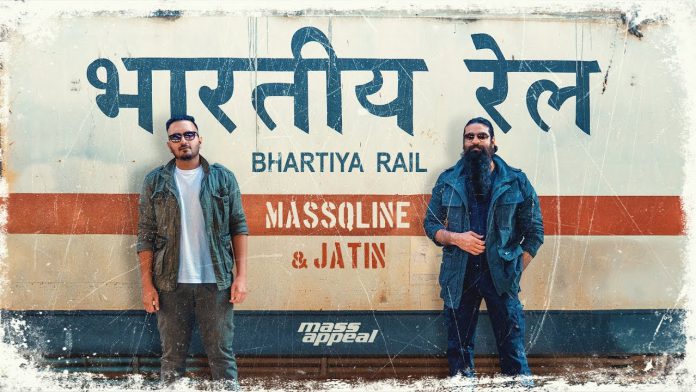 “Bhartiya rail”, a Hindi rap song that sheds light on the unity within diverse India, through the railways, has been launched.

The song has been conceptualised and written by MassQline and Jatin.

Talking about the song, MassQline and Jatin, said: “We’re really excited to be part of the Mass Appeal India family and being associated with Mass Appeal and Nas is overwhelming. Hip-hop from Jaipur has come on a major label for the first time.

“Jatin and I have found train journeys symbolic of people from all walks of life coming together and always wanted to create a song reflecting this. I feel a train journey in India can give one a glance of the entire country in a few hours — it is like a collection of short stories, every corner you see has a tale to tell — some amusing, others painful but each full of the common emotions however different the characters may be from one another.”

The hip-hop duo are popular for fusing elements of hip-hop, rap and rock in their music.

Peter Bittenbender, CEO of Mass Appeal, said: “The song is all about unity through the Indian railways and ties in perfectly to India celebrating its 71st Republic Day this year. We’re all set to begin the new year on this note and have some amazing artistes coming up this year.”