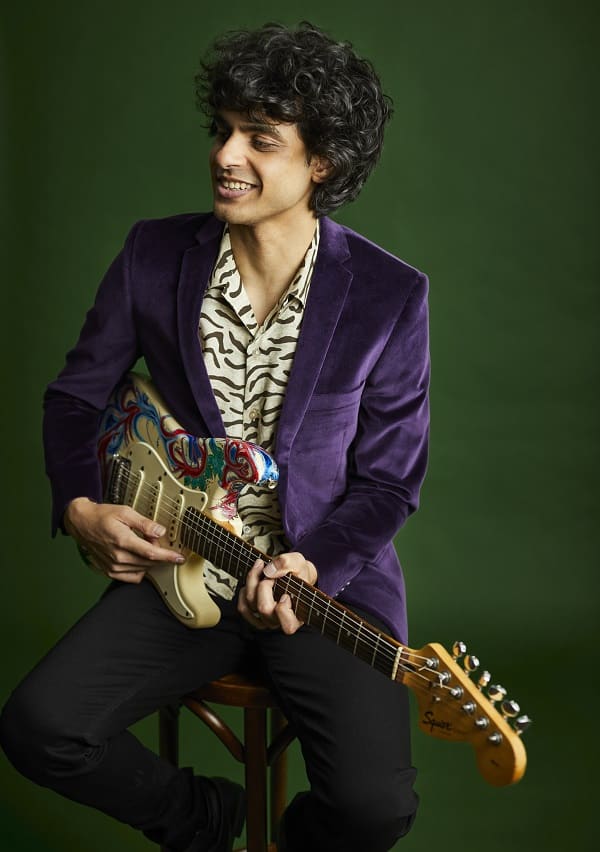 The buzz has well and truly begun about next year’s ICC T20 World Cup.

For us in Australia’s Indian community, there have been more than a few opportunities to get up close and personal with those beautiful silver trophies as they make an appearance at our many community events, Diwali in particular in recent weeks. And as our social media feeds now boast a steady flow of info about the event, we could say that the song and dance about it all, has certainly got underway.

In fact, that’s what they’re calling it: The Big Dance, and if you’ve seen the supercharged ad campaign of The Big Dance, it’s quite literally impossible not to get up and dance.

The ICC T20 campaign’s track, You’ve Gotta Get Up and Dance has been created by Indian-origin Australian musician Harts (Darren Hart).

Based on a 1977 hit of the same name by a UK band called Supercharge, it is perfectly suited to the fast-paced action of the ICC T20 game – as well as the off-field action of the high-energy stadium music, the cheerleaders and the youthful presenters.

For Darren Hart, the project brings together his passion for music and his love of the game.

“Cricket has been a huge part of my life growing up,” the singer-songwriter told Indian Link. “Both my parents and many of my extended family played cricket, as I did myself at school – as a leg spinner.”

He added, “I love the fast, fun and inclusive vibe that the ICC T20 format offers fans so to be a part of this event and to lend my voice to the campaign has been an honour.”

It all began for him when he saw a call-out by the Local Organising Committee for a musician to record the ad campaign and theme song.

“I prepared a demo and sent it back in a day. They came back the next day and said we want you.”

He admitted though that he had never heard the original song.

Describing the creative process, Darren explained, “I pieced together in my mind how I would make it my own. I modernised and updated it, but the intention was always to keep the vibrant energy. I listened to the original track some 60-70 times, paying attention to each instrument and memorising everything. Then I recorded the drum track to the original, then put the keyboards down, then the strings and the vocals.”

“They loved it. I cleaned up the demo, added a few extra bits and polished it up.”

For the film itself, four professional cricket players provided movements that were tracked by motion capture technology, which became the silhouettes that feature in the campaign. These cricketing actions include batting, bowling, fielding and appealing, as well as celebrations by the players and the crowds.

Developed by Melbourne-based creative agency Cummins&Partners, the campaign uses the term ‘big dance’ in reference to the pinnacle of a major event.

Local Organising Committee CEO, Nick Hockley says the term refers also to “the festival atmosphere that will get fans out of their seats and enjoying themselves with family and friends at T20 World Cup matches across Australia.”

Darren feels he is perfectly suited to this project as an artist.

“’70s funk music is embedded in what I do anyway – I love that style of music, so I felt very confident about it.”

Perhaps the campaign came at a significant juncture in Darren’s own personal journey.

The Chennai-born multi-instrumentalist who came to Australia with his family as a two-year-old, hit the headlines in 2014 when the legendary musician Prince reached out to him personally. He had seen Darren’s demo tapes, and called to say he ‘would like to jam with him’. It took some convincing for Darren to believe this was not a prank, and soon he found himself in Minneapolis, working closely with Prince.

“I will never really break away from the influence of Prince,” Darren revealed. “He was part of my musical upbringing. I had listened to him early on, and then meeting him and learning from him as a teacher-mentor, he became a big part of my music. Perhaps more so after he passed… I still cherish his words and often play back the conversations in my mind, even the little things he said in passing.”

The US ultimately did not work for Darren, given he has always valued creative control over his own work. He decided to take a break in 2018 – after hitting rock bottom at Bluesfest when he smashed his guitar to the stage repeatedly.

“I took a lot of hits, and felt the industry had not accepted me or that there was no room for an old school musician like me. And so while 2016-17 were big years for me, in 2018 I felt I was not enjoying where I was at with my music, not even sure I wanted to make music any more. There were personal things as well that I wanted to clear my head of.”

After eight months out, Darren claims his love for music brought him back.

“I discovered my goals were to make music, not to be rich and famous. I’m happy making music. I can’t not do this.”

The change in mindset showed in his music and in the opportunities that began to come up. Such as ICC T 20 The Big Dance campaign, and a major fashion feature with David Jones only months ago.

“I’m positive about the future now. I’m an independent artist; I don’t want to sign my life to a record label.”

Exciting things are in store for next year – besides the ICC T20 World Cup of course. Tickets have just gone on sale, he revealed, for a country-wide tour titled Harts plays Hendrix – a modern era tribute to the guitar hero.

Which brought us to thequestion – why ‘Harts’?

“Darren Hart as a name on iTunes was already taken by a DJ, as was Heart, a successful band. So I looked at what as available, and the name Harts came up.”

He laughed, “I get asked all the time what my real Indian name is!”

What advice would he give to someone like him – perhaps with a real Indian name – who wants to make it in the entertainment industry in this country?

“I agree people still judge a book by its cover without taking the time to look through,” he replied thoughtfully. “Having said that, the world is more open now than say ten years ago, more willing to hear other people’s perspectives. So I’d say, be who you are. Learn everything about your craft. In the process you’ll find where you naturally fit or gravitate to, whether it’s jazz, funk, rock or pop. A natural attachment will come through as you learn more about yourself and your art.”

It looks as though Harts is back on fire.