Despite the contrasting recent fortunes of the Australian and Indian cricket teams, their respective boards have in common one thing: a litany of corporate governance failures, with more hurdles lying in wait 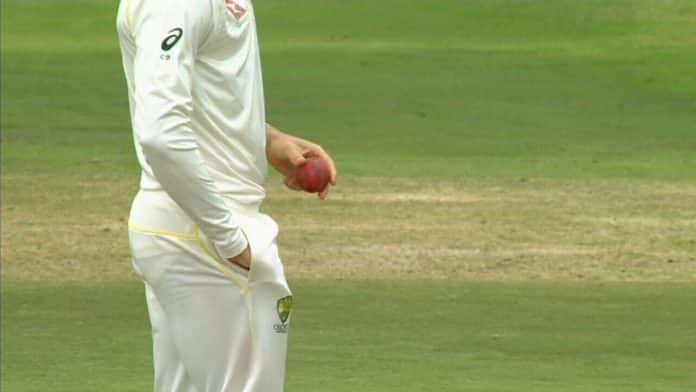 Reading Time: 5 minutesAs the Australian and Indian players take centrestage in a hugely anticipated summer of cricket, fans will certainly be watching closely. However, administrators will do well not to be distracted by the ongoing governance issues which continue to plague the respective boards. Although the challenges they face are of vastly different scales and natures, the last 12 months has revealed a staggering lack of good corporate governance and oversight in the higher echelons of both of these multi-million dollar businesses.


While Cricket Australia is struggling to regain the trust and respect of fans and players after the ball-tampering episode in Cape Town in March, the BCCI – currently run not by the Board, but by a Supreme Court-appointed Committee of Administrators (CoA) – continues to resist the Lodha Committee’s 2016 suite of recommendations for overhauling the BCCI’s flawed and corruption-prone governance model.
For Australia’s part, the damage to the Cricket Australia brand started at least back in 2017, during its player pay dispute with the Australian Cricketers Association. That saga began a long-running rot which ultimately culminated in the devastating events in Cape Town. A subsequent review into the culture of the Australian cricket set-up revealed endemic organisational issues, forcing the resignations of Chairman David Peever and board member Mark Taylor, and the sackings of high performance manager Pat Howard and executive general manager of broadcasting, digital media and commercial, Ben Amarfio.


Yet even the review and its recommendations were ironically opaque, with the public version of the report redacted beyond readability in some sections. You would have been forgiven for assuming that the report was in fact Special Counsel Robert Mueller’s Russia probe, rather than a relatively straightforward review into the organisational culture of a sporting body. This was merely the latest in a long string of failures by CA to understand the inherent identity of the Australian cricket team. In addition to its overzealous redaction of the report, CA has been ridiculed for its attempt to associate the team with the nonsensical slogan “elite honesty”, and its ongoing production of a fly-on-the-wall “documentary” on the inner sanctum of the Australian cricket team, in what is surely set to be one of the most sanitised of all cricket productions.
These initiatives reek of meaningless “corporate” values, and point to a basic lack of understanding by CA that its cricket team is most respected when it is winning, not when it is the subject of PR by a thousand cuts. Some may argue that CA’s hand was forced by the public and media’s vitriolic reaction to the events of Cape Town, and certainly some changes are needed; the permanent removal of David Warner from Australian cricket is one such fundamental change. But it would be an insult to the current group of Australian players to suggest that they are incapable of being taught the basic mantra: play hard, play fair.
In such a polarising milieu, CA will be thankful for this much: at least it managed to agree its landmark $1.2 billion rights deal with Foxtel before the fallout from the ball-tampering scandal became as evident as it is today. If those rights were up for negotiation today, CA would be hard-pressed to earn anything close to that figure.


In contrast to Australia, the Indian cricket team is a more valuable product than ever. In April, the BCCI secured a record Rs 6,138 crore ($1.16 billion) rights deal with Star, to go with its September 2017 IPL rights deal of close to $3.5 billion. They are staggering figures by any stretch of the imagination, cementing India’s position as the financial hub of global cricket.
Yet, surprisingly, despite the success of the national team and of its marquee domestic T20 tournament, the BCCI is in perhaps an even greater state of disarray than the beleaguered CA. It is, perhaps, a perfect embodiment of the phrase “more money, more problems”.
The Lodha Committee was formed in 2015, in response to the spot-fixing and match-fixing scandal which rocked the IPL in 2013. Its wide-ranging recommendations for reform of the BCCI were approved by the Supreme Court in early 2016, yet the intervening period has been characterised by a bitter feud, lining the pockets of lawyers but leading to very few of the Committee’s recommendations being implemented.
Some of those recommendations included setting term limits on BCCI office-bearers, including the president; changing the voting rights of its member states; establishing a separate governing body for the IPL; legalising betting to dismantle black markets; and establishing a set of principles designed to minimise conflicts of interest, such as reducing the participation in the BCCI of individuals entrenched in politics. Despite the BCCI’s numerous legal challenges to the Committee’s recommendations over the last two years, India’s Supreme Court has, for the most part, endorsed those recommendations. Yet the BCCI has remained stubbornly reluctant to implement many of them, leading to stern rebukes from the judiciary.
That is just one of a number of battles currently being fought by the BCCI through the CoA. It is also battling to overturn the Central Information Commission’s decision to bring the BCCI within the scope of a “National Sports Federation” for the purposes of the Right to Information Act 2005, which effectively makes the BCCI answerable to “freedom of information” style requests from the Indian public – again, invoking the kind of transparency which appears to be the BCCI’s worst nightmare.
And to top it all off, the BCCI CEO Rahul Johri, is facing sexual assault allegations by an ex-colleague, but the CoA has refused to release to the public the results of an independent investigation into the allegations, asking the three-member panel to instead publish an “executive summary” for the BCCI’s website. The allegations have further divided the BCCI, with some sources suggesting the internal turmoil is higher than ever.
In corporate circles, culture often begins at the top, and filters down. Whether that is true in the world of cricket remains to be seen; however, this much is clear: transparency and accountability remain fundamental pillars of good governance. As CA and the BCCI continue their internal tussles, they risk alienating not just their players, but their most important stakeholders: their fans.
- Advertisement -
Share
WhatsApp
Facebook
Twitter
Linkedin
Previous articleKuchipudi showcase
Next articleIndian pair at ISPS Handa PGA World Cup Golf