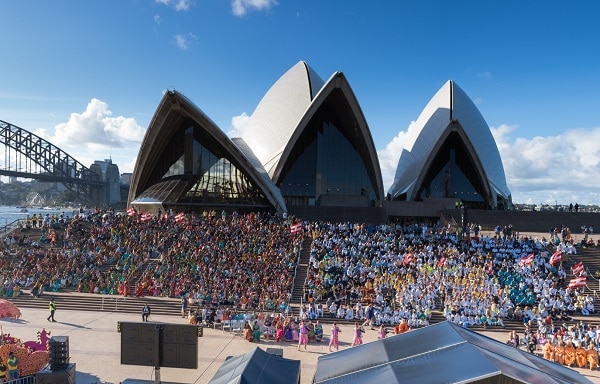 Sydney’s BAPS Swaminarayan community has this week joined its diasporic brotherhood in celebrating its spiritual leader HDH Pramukh Swami Maharaj’s birth centenary. As they gathered on the steps of the iconic Sydney Opera House, members of this worldwide organisation invoked the spirit of their founder and vowed afresh to continue the socio-cultural pathways he established for social welfare.

Pramukh Swami Maharaj had stood at this very spot on his first visit to Australia in 1984.

“To be able to launch the centenary celebrations of His Holiness, right here, is in my mind, a great tribute,” Praful Jethwa, spokesperson for BAPS Australia, told Indian Link. “At the same time, it is a matter of great pride for us to be here as citizens of a multicultural Australia, representing our heritage.”

He added that this is the first time a parade organised by a Hindu cultural organisation has taken place on the banks of the Sydney Harbour, leading up to the Opera House. 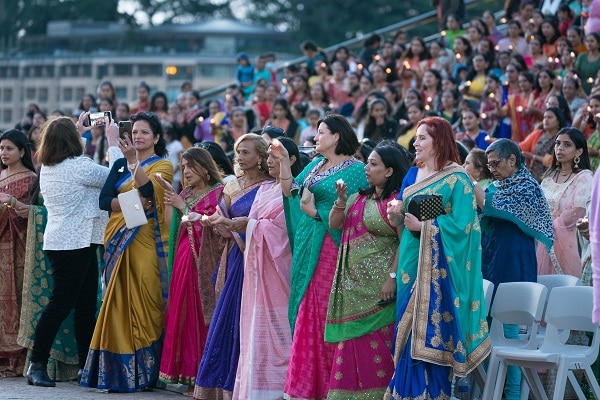 The thronging devotees paid homage (arti) by lighting a diya each. The visuals that this created might as well be described as a gentler version of the iconic nightly arti at the banks of the holy Ganga.

Year 9 student Nirja Shah said, “I have been doing arti every day in my own home, and weekly at the temple, but to do it on the steps of the Opera House, with the Harbour Bridge in view, was pretty awesome.”

This historic arti came after a cultural parade (nagar kirtan), in which treasured icons of the BAPS movement were brought to the venue from Circular Quay. 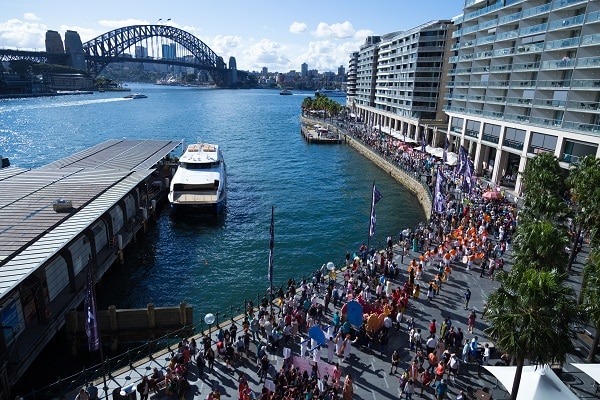 These included idols of SwamiNarayan, Radha-Krishna and HH Pramukh Swami Maharaj, carried in intricately decorated chariots. Accompanying were the resounding notes of Dhol-Tasha, dancers and flag-bearers.

In a tradition of veneration, participants also held aloft the biography of Pramukh Swami Maharaj, and carried urns with auspicious holy waters. 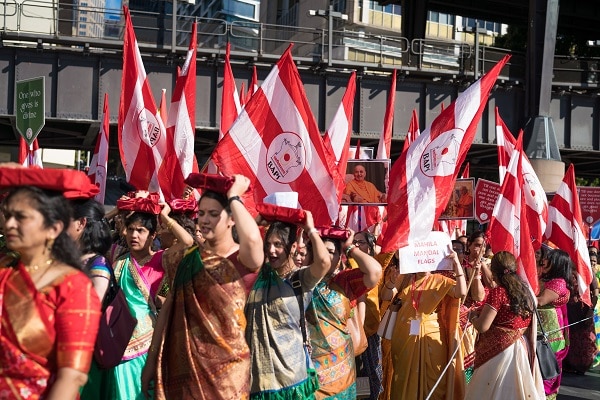 Gathered at the Opera House steps, the congregation was treated to presentations including Pramukh Swami Maharaj’s life message of Peace, Harmony and Unity as well as cultural items and Vedic chanting. 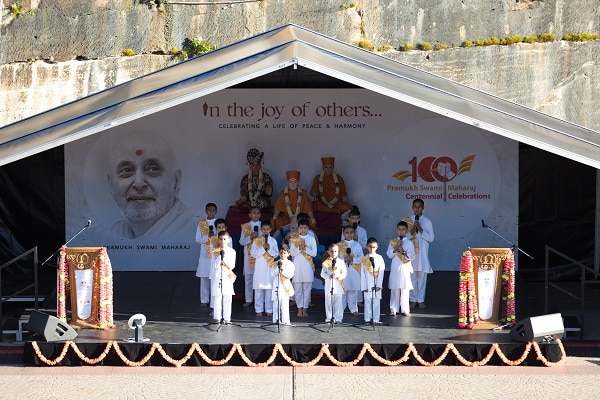 Festivities ended with fireworks lighting up the evening skies, to the delight of thousands present there.

Joining the BAPS community were a host of dignitaries who have been long-term supporters of the movement and the Mandir’s activities.

The Consul General of India Manish Gupta said, “The event is a manifestation of the spiritual and cultural heritage that we are blessed with.”

Mr Geoff Lee, Minister for Corrections, said, “Pramukh Swami Maharaj’s legacy in Australia lives through the BAPS mandirs, and the centennial celebration is an example of the power they hold.” 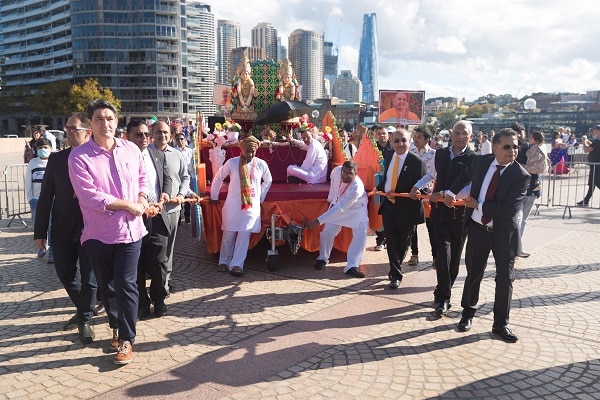 The Consul General and Mr Lee were joined by others such as Mr Chris Minns (NSW Leader of Opposition), Ms Julia Finn (Shadow Minister for Sport and Youth), Mr Daniel Mookhey (Shadow Treasurer and Shadow Minister for the Gig Economy), and Lord Mayor Donna Davis of the Parramatta City Council.

The Hindu Council of Australia paid homage to the life and legacy of Pramukh Swami Maharaj by gifting a plaque to BAPS Australia. It read, in part, “His travels to Australia since 1984 have inspired the values of peace, harmony, and unity, which have been the cornerstone of a vibrant multicultural democracy.” 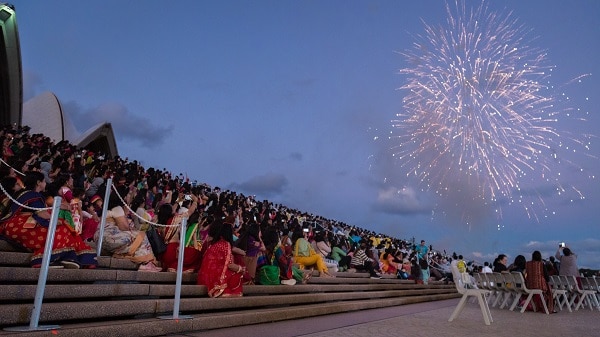 The Swaminarayan movement, known as much for its essential values of service, peace and harmony as for its stunning temple structures, has been in Australia since 1984.

The first temple was inaugurated by Pramukh Swami Maharaj himself in 1996 in Gladesville, Sydney. Today the congregation meets at a larger temple in Rosehill.

Across the nation, BAPS temples can be found in all five major metropolitan areas. More are planned for smaller cities and towns in the coming years, with a mega project for Sydney currently under construction at Kemps Creek.

BAPS actively participates in and runs programs and causes that give back to the community, such as COVID relief work, blood donation, breast cancer screening, tree plantation drives, and walkathons to raise money for local research bodies and hospitals.

His Holiness Pramukh Swami Maharaj’s birth centenary will be marked in BAPS Swaminarayan mandirs and community centres worldwide, with the main festivities in Ahmedabad, India, from 15 December 2022 to 13 January 2023. More than 100,000 locals and international travellers are expected to take part daily in the month.

READ ALSO: There is no spirituality without social service