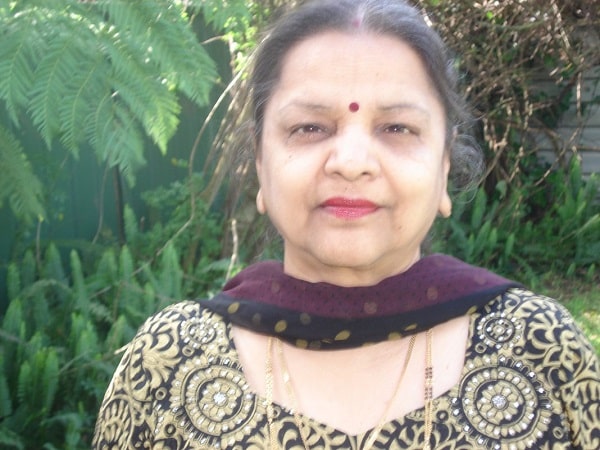 Creativity, cooking and community service are the 3 Cs that keep Promilla Gupta going. She has been involved not only with the Indian community, but with the wider multicultural community in two states.

Pammi Gupta as she is affectionately known, is that friend or aunty who is always enthusiastic, ready to join in or help out. As President of the Indian Australian Association in Adelaide in 2007-2009, and more recently in Newcastle, she is well-known for her event management skills, easy-going manner and ability to bring the community together.

“Sharing a meal is a wonderfully enriching communal experience,” Promilla Gupta told Indian Link. “Food brings friends, families and communities together. Cooking has been my lifelong passion, and through it I have found a way to give back to the Australian society that has given me so much.”

Over the last 35 years, Promilla has used her love for food in a multitude of ways – running a restaurant, writing books, doing radio shows, teaching cooking, cooking to fundraise, and simply feeding newly arrived migrants and international students nutritious meals.

Promilla and husband Satish Gupta migrated to Australia in 1983 to the steel town of Whyalla where they lived for nearly 20 years, before moving to Adelaide in 2002. In Whyalla Promilla ran an Indian restaurant and also taught cooking at the local TAFE College. She also gave Indian cooking demonstrations and held classes at Migrant Resource Centre, community centres, schools etc.

She also got involved in community work. She organised various cultural functions, with ‘Brides of India’ and ‘International Fashion Parade’ proving to very popular. She also helped raise funds of about $20,000 for the Spastic Centres of South Australia.

Promilla has written 2 vegetarian cookbooks and is now writing a third. She has conducted classes and cooking shows, published recipes, given radio talks and taught at the University of the Third Age. In Newcastle, she started the Indian Super Chef competition which is likely to become an annual event.

Promilla’s creativity and love for life can be seen in the movie she made and acted in called Five Spices in Adelaide. It was a multicultural short film about five women from different ethnic backgrounds who learn to live together in harmony.

Teaming up with Salvation Army Promilla volunteered to cook for about 120 homeless people every month. She also took many international students under her wing, teaching them cooking, helping them settle and cope with life.

Amongst her many accolades, Promilla lists a Pride of Australia Award in the Fair Go category (2006); Campbelltown Council’s Citizen of the Year (2007), and being a finalist in the Irene Krastev Award on International Women’s Day (2007)

She is a chef, an author, an anchor, a tutor at WEA, a tour leader for tours to India and runs her own business named ‘Promilla’s Kitchen’.

How does she fit so much in? “I am just a positive minded person,” she replied simply.

Pammi can’t praise her family enough for the encouragement they give her. “I’m particularly indebted to husband Satish without whose encouragement and support (and recipe tastings!) I would not have been able to achieve so much.”

She greatly enjoys helping her kids (Nitin, a paediatrician, and Shivani, a motivational speaker), and four grandchildren acquire cooking skills too.