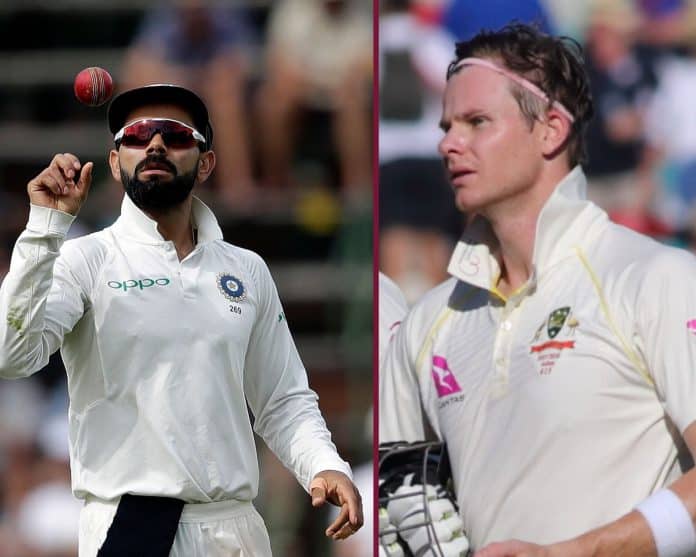 The Australian has reported that Cricket Australia has firmed on the playing dates and venues for the much-awaited clash between Australia and India. The four Test match series, with three (possibly five One day Internationals) meant that with Melbourne (Boxing Day Test match) and Sydney (New Year Test match), the race to host the remaining two Test matches was on between Perth, Adelaide and Brisbane.

Kicking off on December 3rd in Brisbane before moving to Adelaide for India’s first Australian day-night test match, the traditional Boxing Day Test in Melbourne, and the New Year’s game in January at the SCG, this is a positive sign that the teams of both countries will contest the Border-Gavaskar trophy this summer. Expected to earn Cricket Australia $300 million in broadcasting and sponsorship deals, this much-anticipated tour by India to play an expected full-strength Australian team has finally become a reality. But with the rapidly changing situation to COVID-19, there can be changes or even cancellations closer to the dates.

During the last contest in 2018-19, Steve Smith and David Warner’s suspension from international cricket, in part, allowed the India to win the series 2-1. Rather than player availabilities, however, what is uncertain for the upcoming tour is whether fans will be allowed to watch these matches, likely to feature these and other star players from both teams, live in Australia’s cricket stadiums. Indian Link will provide updates on these decisions as they become available.

There are three ODIs scheduled with one each at the MCG and SCG. The venue for the third is still to be decided and it is believed that the three games may be extended to five games to maximise the benefit of having the powerhouse India in Australia and the monies these clashes bring in to the cricket governing bodies.

At this stage, it is also unclear if Australia will be hosting the Men’s T20 World Cup later this year; it is expected that the tournament could be postponed to 2021, allowing the 2020 edition of the IPL to take place during the original October-November timeframe reserved for the Men’s World Cup.

Watch this space to find out more details.