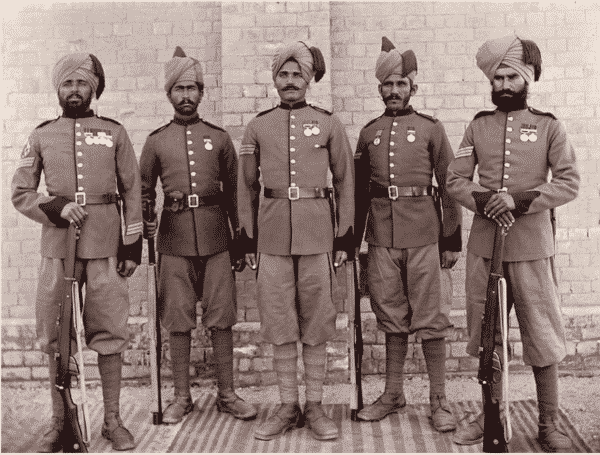 Reading Time: 4 minutesOn 25 March, 1915, precisely at the crack of dawn, the Australia and New Zealand Armed Corps landed at what has since become known as Anzac Cove in Turkey, to take part in the ill-fated Gallipoli campaign against the Ottoman Empire.
On 25 April, they joined British and French forces in the invasion of the Gallipoli Peninsula, in their attempt to control the sea route from Europe to Russia. Poorly prepared, with limited intelligence and no knowledge of the terrain, and in the face of strong resistance, it was a doomed campaign. By mid-October, they had taken heavy casualties. Outmanoeuvred, the ANZACs nevertheless bravely held fort till their evacuation months later.
The incident marked the beginning of the Anzac legend of patriotism, bravery and sacrifice. Gallipoli had a profound impact on Australians and New Zealanders and hence 25 April became the day on which they remember the sacrifice of those who died in the war.

The Indian involvement at Gallipoli in 1915, is now a well-recognised fact – with documentation including photographs and letters unearthed after many years.
Just the like the Aussies and New Zealanders, they fought a war in a strange land far from their own, and against an enemy they knew little about. 1,400 Indian soldiers lost their lives at Gallipoli.
Anzac Sikhs
Particularly noteworthy is the contribution of the 14th Sikh regiment. 371 Sikhs fought valiantly to their death on 3 and 4 June 1915. Their bravery is exemplified by the fact that Sikhs won 14 of the 22 Victoria Crosses awarded to Indian soldiers. Many were awarded the Victoria Cross honour.
Writing to the Commander-in-Chief in India, General Sir Ian Hamilton, Commander of the Gallipoli operations paid tribute to the heroism of the 14th Sikhs soldiers at Gallipoli. The following are some of the passages from his letter:
“In the highest sense of the word extreme gallantry has been shown by this fine Battalion. . . . In spite of these tremendous losses there was not a sign of wavering all day. Not an inch of ground gained was given up and not a single straggler came back. The ends of the enemy’s trenches leading into the ravine were found to be blocked with the bodies of Sikhs and of the enemy who died fighting at close quarters, and the glacis slope is thickly dotted with the bodies of these fine soldiers all lying on their faces as they fell in their steady advance on the enemy”.

Similarly, F. Yeats-Brown wrote in Martial India (1945), “The history of the Sikhs affords many instances of their value as soldiers, but it may be safely asserted that nothing finer than the grim valour and steady discipline displayed by them on the 4th June has ever been done by soldiers of the Khalsa. Their devotion to duty and their splendid loyalty to their orders and to their leaders make a record their nation should look back upon with pride for many generations.”
Anzac Gurkhas
If Gallipoli was one of the most disastrous campaigns in British military history, it also had some unbelievable victories thanks to the Gurkhas, after who a feature in Turkey is still named to this day. Shedding light on the campaign, Robert Rhodes James wrote in Gallipoli (1965):
On the night of May 12th-13th, there had been a brilliant example of what could be done with effective co-ordiantion between the Navy and the Army when the Gurkhas captured a heavily entrenched promontory which dominated Y Beach and Gully Spur…. With cruiser Talbot and destroyer Wolverine in close support, the Indians stormed and captured the position, henceforth known as Gurkha Bluff – with relatively trivial casualties.
(The Indians were observed then by the young Captain W J Slim, who would go on to become the 13th Governor General of Australia. He wrote as Field Marshall many years later, “(At Gallipoli) I was so struck by (the Indians’) bearing in one of the most desperate battles in history that I resolved, should the opportunity come, to try to serve with them. Four years later it came, and I spent many of the happiest and, from a military point of view, the most valuable years of my life in the Regiment”. He served with the 6th and 7th Gurkha Rifles in India).
Others
The Indian contingent at Gallipoli comprised the 7th Indian Mountain Artillery Brigade, 29th Indian Infantry Brigade, and medicos of the 108th Indian Field Ambulance, among others. Most importantly, there was also an Indian mule cart train of the Indian Supply and Transport Corps which served as the logistic life line of the entire ANZAC. They served there from late April 1915, through the August offensive, until the final evacuation in December.

The Mule Corps are now being called the unsung heroes of Gallipoli. Made up of 650 men and more than 1,000 mules, it transported supplies – including food and water – to troops where motor transport was impossible. The transport took place almost always at night, under cover of darkness. It was the work of the Mule Corps, it is now believed, that ensured the Anzacs survived as long as they did.
Significantly, photographs and documents show Australian and Indian troops working shoulder to shoulder, even sharing food rations: in one instance, a pair sharing freshly made chapatis.
Sudhir Sakhuja, Rajni Anand Luthra, LP Ayer and Usha Ramanujam Arvind