Capturing action shots, sideline huddles, spectator joys and defining moments of the sport that is currently the nation’s grand obsession, Ravinder shares his experience of working within the inner sanctum of the most iconic sporting venue in the world.

As a cricket tragic I find cricketers and cricket spectators to be the most interesting subjects for my lens. Whether I am attempting to capture a batsman running towards the crease or a fast bowler in flight or a spectator in crazy getup, I enjoy the energy, passion and emotion.

On an average I take between 500-800 shots depending on the game and how it’s going. It’s pure adrenaline that keeps me going through the day as I wait to grab the perfect shot – and end up with hundreds of not-so-perfect ones in between. 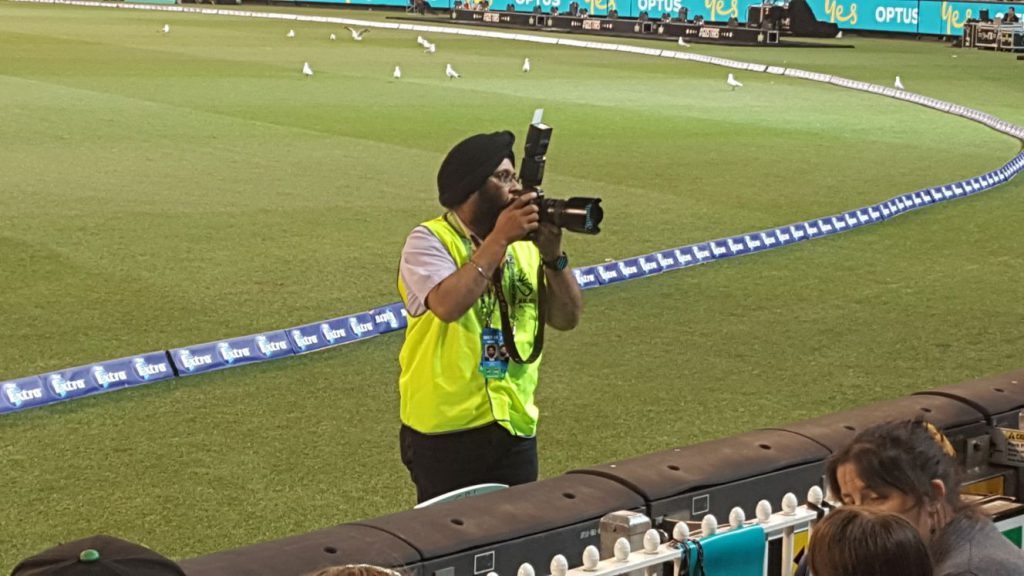 I try to be across the game including the history, scandals and statistics or I could miss an important moment. Sometimes it can get long and arduous but never boring. It’s a high-focus job with not many breaks but the thrill of watching the sports from the other side of the camera is unparalleled. 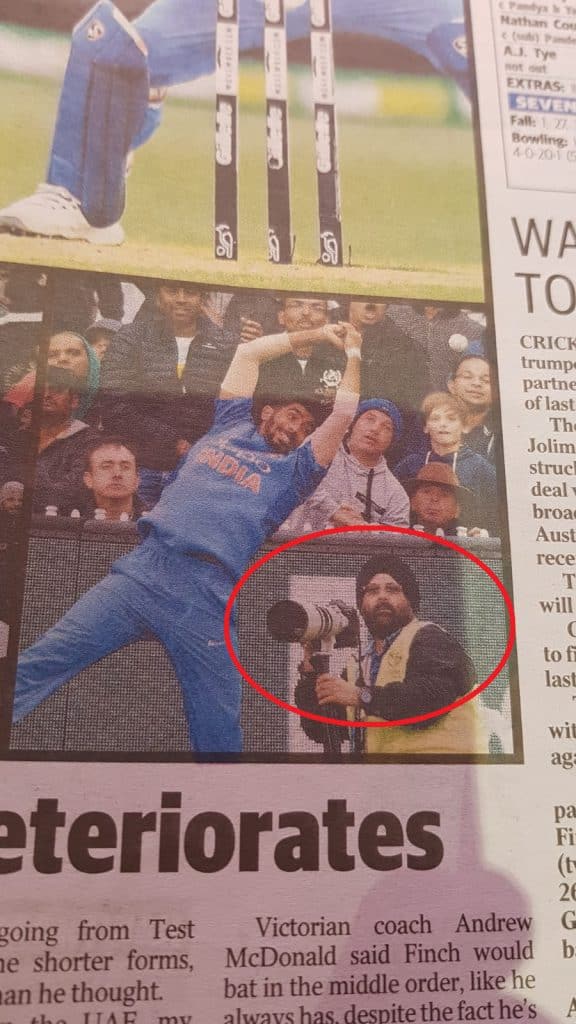 Out of the game, the players and the crowd, the best images come from the fans. During this year’s matches, particularly the Boxing Day match the Indian supporters were highly visible, with thousands attending all revved up and noisy. The Swami Army and Bharat Army offered full throttle support to the visiting Indian team.

From young girls holding placards for Virat Kohli to take selfies with them to Aussie fan club The Richies, there was never a dull moment at the G. I got amazing response from the crowd. They tried to capture my attention, offered high-fives when I walked past them or went delirious with posing when I aimed the lens towards them.

The cricketers, particularly the Indian team, did not warm up half as much to the cameras though. Despite our close proximity the established players avoided eye contact, remained aloof and mostly unsmiling. Some of the newcomers however would acknowledge my presence amongst the group of press photographers and occasionally smile at me.

I recall that the Paksitani cricketers when they were in Melbourne for the last match were a friendlier lot in comparison. I would often get asked, “Ki haal hai, bhaji?” (How are you brother?)”.

Indian cricketers like Kuldeep Yadav, Mayank Agarwal and K L Rahul, however, were more willing to hold or slow down to allow for a better shot. Jaspreet Bhumra even posed for photos with his fans in front of the bays. The superstars, on the other hand, did not seem as accessible. Virat Kohli who presented his signed cricket pads to a young boy in the audience recently made an exception.

As India dominated the attack in Melbourne, the crowd was abuzz with excitement and that made for some great photos. The stadium erupted with deafening chants of “Kohli Kohli” or “India India” and the Indian tricolour flew everywhere. Creative slogans and posters popped up in the bays and little children were swept up on shoulders to allow for better viewing. There were opportunities everywhere to capture the sweeping excitement and I went completely trigger-happy. As a sports photographer I have my fair share of blurry images whilst trying to capture someone in action but the inspiration and drama of the game keeps me sharp and focussed. Just like the sportsmen that I capture with my lens, I also rely on practice, practice and more practice.

Why does your grandma hate a fitness band: Researchers answer