A high level of migration has been cited as one of the reasons for Australia’s sustained economic growth. 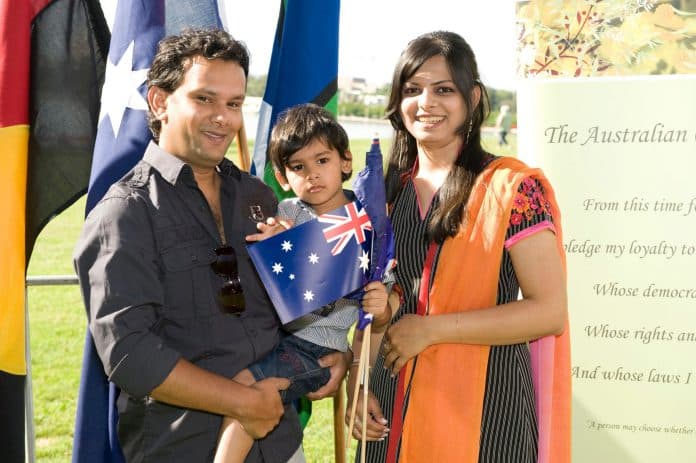 According to the Australian Bureau of Statistics, Australia welcomed 210,900 new migrants both (permanent and temporary) in the calendar year 2019. However, the way most things seem to have panned out this year, the pre-COVID planning is a lot different to the post-COVID reality. This calendar year, the figures are going to be closer to 34,000, the Prime Minister Scott Morrison said at a Press club luncheon recently.

With the pandemic, more Australians are returning home, just as temporary residents here are going back to their home country. Travel restrictions have also meant that student visas and others on temporary visa options have been halted.

Why does Australia need a high level of migrants? The answer is purely economic. A high level of migration has been cited as one of the reasons for Australia’s sustained economic growth over the last 28 years.  In fact, a leading economist from the Grattan Institute has attributed about 40 per cent of real economic growth in Australia in recent years to the intake of skilled foreigners. Another recent media report called attention to the fact, in  its very title, that ‘Immigrants do not take Australian jobs: they create jobs for others’, alluding to the current crisis in the education and agriculture sectors as caused by the COVID-related absence of international students and working holidaymakers.

Migrants start businesses, avail of vital services such as schools and roads and hospitals, buy property, and pay taxes to contribute to national economic activity.

Yet no politician or decision maker wants to address the long-term benefits to the nation and the economy. In an aging Australian population where for every retiree there are only about five working Australians (predicted to be 2.5 for each retiree by the middle of the century), and with birth rates declining, migration will be the key to Australia’s long term growth.

One expects that as jobs dry up in the post COVID-19 Jobkeeper world, there will be more pressure on the government to hold back on opening the migration doors. One can imagine the shrill voices of radio jocks in their crusade of ‘jobs for Australians’, conveniently forgetting that by increasing the pie, there can be better and more jobs for all.

Be that as it may, the numbers from 34,000 will need to increase. Refugee and humanitarian migrants will be an important part of the intake and one assumes, there will be a push to bring in migrants with high skills base.

While there will be a push from migrants from across the globe, Indians can help fill the need for new migrants. A country with over 1.3 billion and an average age of 28, Indian migrants arrive with values which make them good long-term citizens. Well educated, law abiding and while nationalistic to their country of birth, they do develop an allegiance to their country of living.

To understand their deep desire to succeed in their new home, one has to simply look at the levels Indian migrants have achieved in politics and commerce in countries such as the United Kingdom, United States and Canada.

Australia prospered in the past on the back of its sheep and wool and coal and iron. In the near future, it might well be the industriousness, entrepreneurship, and multiplicity of a diverse workforce that will power the economy.