Lessons from the Shore muck-up day saga: Making men out of our boys

When young people make mistakes, those who create structures must take the opportunity to re-shape the experiences those young people have. 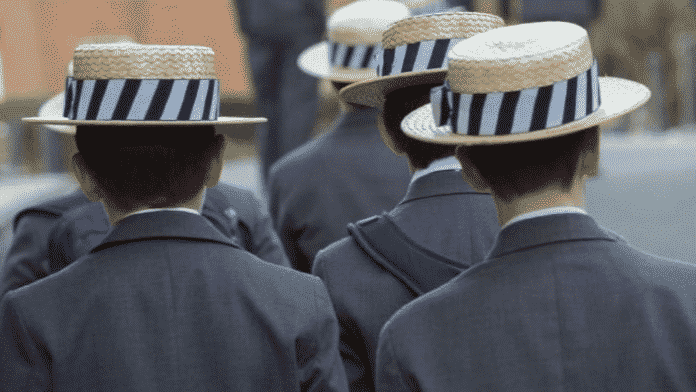 Much has been stated in the popular press about the leaking of the Muck-Up day list written by some boys at Shore. The commentary has included condemnation about some of the challenges which ranged from distasteful to misogynistic, illegal and cruel. Other challenges were within the range of what would be expected from young men celebrating a rite of passage.

Whilst there may be legitimate questions to ask about the socialisation of boys in some financially elite private schools, the central questions for me are, what pressures are young men facing, and what is it that shapes them to become men?

I do not think most boys in financially elite private schools are socialised to hate or abuse women. I also do not think they are socialised to laugh or spit on homeless people. In my experience most young men are respectful, responsible, and mostly aware of their community. In every cohort however there are some people who are reckless, careless and immature – but that is the same in all communities regardless of wealth.

Despite the hardships faced by previous generations such as war, the present generation has grown up in a time when the overriding social anthem is a focus on the self. Immediacy is the new long-term goal and external measures, likes, laughs, shares are the shiny badges that denote self-worth.

To survive and compete in such a world, something needs to be done to push limits, create dissonance, shock, gain attention, stand out. That this is so is entirely predictable. Adolescence is exuberance, and oftentimes it is impulsive.

When a youth’s impression of kudos, affirmation or fame can be claimed through risk-taking, repugnant or criminal behaviours, then Muck-Up day lists will reflect that. Muck-Up days in all schools across the nation historically would lay testimony to this.

Scientific understanding reveals that it takes longer for young men to mature than was previously thought. So, how can we help boys to become men and to understand cause and effect more fully and at a younger age? This is important because the central tenet to rehabilitation of the worst behaviours, and improvement of the best behaviours, commences with a deep understanding of cause and consequence.

Empathy and the understanding of cause and consequence can be hastened by experiences. Perhaps the education of adolescent boys should include units of study on each of the following:

·      The nature of power and violence, including guest speakers from survivors of domestic violence, the police and even remorseful self-reflecting people who have been jailed for such offences

·      The impact of impulsivity on a person’s life, including guest speakers from among hospital Accident and Emergency Specialists and physically or brain-impaired survivors of car accidents occurring due to speeding or drunkenness

·      The nature of unbridled ambition on friendships, family life, and mental and physical health including guest speakers who are rich but whose children are estranged

·      The nature of vulnerability, understanding emotion and its importance to being in touch with self, community, and those less fortunate including guest speakers who once thought manliness meant stoic silence, bravado, risk-taking, comparison and aggression.

·      Why all institutional structures, educational, political, legal, business should have an equal representation of women and men at all levels, commencing with the structures shaping the education of the student’s subject to these units of study

Extended joint community-building projects where boys in financially elite private schools work with students from suburbs where youth unemployment and social/public housing is highest, may also connect young people with a common cause and raise awareness about how indistinct we all are but for the clothes we wear.

Such common projects can include creating green spaces, assisting in building improved educational facilities – through being trained and supervised in some manual labour – and competing in scientific competitions based on the development of renewables, or other significant areas of science.

Such experiences would be rewarding, eye-opening, possibly confronting, and truly life changing. But what is an education for if not to assist in helping our students to understand how to think critically?

When young people make mistakes, those who create structures can take opportunities to re-shape the experiences those young people have. It may take imagination but, in an age of discontinuity, imagination energises action.

READ ALSO: Men’s health: encouraging men to be brave enough to be vulnerable