A special event was hosted by the Indian Consulate in Melbourne recently, to bid farewell to Indian High Commissioner Dr. Ajay M. Gondane. During his tenure HC Gondane energetically pursued the interests of the Indian diaspora in Australia and served as a dependable link between the two countries.

For the Consulate staff and the newly appointed Consul of India in Melbourne Mr. Raj Kumar it was an opportunity to present a memento and thank the High Commissioner for his efforts in establishing commercial linkages and addressing complex issues through timely responses.

For the senior diplomat it was an occasion to look back and take stock, review the accomplishments achieved in economic and cultural exchanges and reflect on relationships built during his three-year tenure in Australia.

According to Dr. Gondane, with the maximum number of Indian students and professionals who are enriching the milieu, Melbourne is the flag bearer of the Indian diaspora in Australia.

“There is a decided appreciation of Indians in Australia and that appreciation translates into opening of doors for us diplomats, who can then plan for good interchange, further exchange, better cooperation and more give and take,” he said.

“What has happened in the last three years of my tenure, is that whatever targets we had set our eyes on, they were in consonance with the profile and the sustained efforts of our community here. It has helped us to be even more ambitious for our relationships with Australia,” claimed Dr. Gondane during his informal speech.

He also expressed regret that the Free Trade Agreement that would have given fillip to substantive trade between the two countries could not be concluded during his tenure.

According to him, trade between the countries currently sits at $29 billion dollars both ways, and there is hope the agreement will buoy things. However the negotiations are intractable and therefore difficult to conclude in a hurry.

The High Commissioner then lapsed into Hindi to speak about the sensitive phase that India is going through and its attempt to resolve issues with neighbouring countries. He stressed that any false narrative being created needs to be counteracted with fact and reality.

He suggested that Indians should not hesitate to approach the Consulate and its staff in order to clarify any doubts they may have in regards to updates or recent developments in the country. Concluding his short speech HC went on to meet and greet those present.

The informal farewell event was held at the Indian Consulate in St. Kilda and attended by select members of the community, leaders and media. A parting gift was also presented to the soon-to-retire diplomat by Mr. Raj Kumar the Consul General of India in Melbourne.

According to the Consul General, relations between India and Australia have benefited from HC’s experience and he is confident that bilateral ties will further consolidate in the years to come.

Those bidding adieu unanimously agreed that HC would be missed not only for his optimism but also for the Hindi poems and Urdu couplets that he rendered, quite frequently, with his speeches. 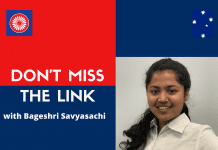 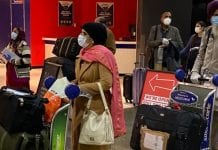