Home Main Category Did you hear about the neighbours? 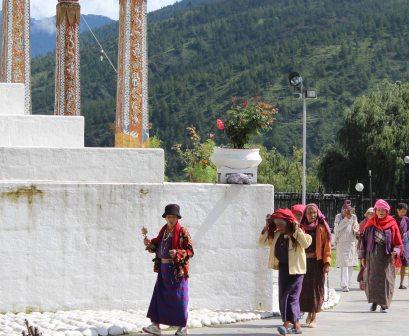 Over the years, the Indian subcontinent has established itself in my heart as my favourite travel destination. What I love most about the subcontinent is its diversity, not just within India, but in her neighbours: Pakistan, Bangladesh, Sri Lanka, Maldives, Bhutan and Nepal. I am fortunate enough to have visited all of these nations, and have met with their people and heard their thoughts on the region’s superpower, Bharat. In this article I recount to you my experiences of these conversations, and the sentiments which may surprise some.

“The truth is, we depend on India a lot,” said my Bhutanese friend Tenzing. “But they depend on us too – look at the electricity!” he joked, referring to the August 2012 widespread power outages. India imports large amounts energy from Bhutan, a result of the country’s excess of hydroelectricity. Many power plants were built through Indian-Bhutanese joint ventures, and Bhutan appreciates the money that India pays for the power. Bhutanese students attend universities in India, and Indian passport holders are the only people who can enter Bhutan without a costly visa/tour package. The Bhutanese view seems to be that India’s and Bhutan’s destinies are intertwined, and everyone’s a winner.

Maldivians seem to be too chilled out to worry about India too much, although recent history has contributed to some locals’ opinions. The presence of Indian businesses in the Maldives is a sore point, with some worried that the local market isn’t big enough for such heavyweight competition. Moreover, a small handful of dodgy dealings have left some island dwellers wondering whether their small nation would be better off without Indian corporate interference. But the Maldivians are also a pragmatic bunch, and like the Bhutanese, recognize and largely appreciate the importance of India in their lives. Not to mention the growing popularity of the IPL among young Maldivians!

The Sri Lankan view of India is perhaps what surprised me the most during my travels. Often I was asked rather brusquely, “Oh yeah, how’s India?” The (mostly Sinhalese) Sri Lankans I met had a fairly non-committal opinion of India, which they seemed to consider an often patronizing, not particularly close sibling. In fact, many of the Sri Lankans I met were much more interested in their country’s place in South East Asia – why talk about India, when we can chat about Singapore, Malaysia and Thailand? Blood is thicker than water, and the Buddhist connection seems to be stronger than with the more similar culture across the Gulf of Mannar. Unless you speak with Sri Lankan Tamils, of course…

The veiled hostility continues in Nepal, where I met lots of ordinary Nepalis who felt that India was overbearing and often inconsiderate. “They’re always looking down on us,” complained Prakash, a Nepali associate, who was not alone in his views. “They think they’re better than us,” alleged Ramesh, a frequent business traveller to India. “They’re always looking for ways to cheat us,” complained Don, a Kathmandu resident with an interest in politics. However, from what I could gather during my short visit, the Nepalis’ attitude towards their neighbour reminded me of the semi-serious resentment which exists in New Zealand towards Australia, or in Australia towards the dominating force of America. Friendly jibing, legitimate grievances sometimes, but overall benign!

Bangladeshis are a contradictory people. On one hand, they will gladly point out areas in which India has wronged them, such as the contentious Farakka Barrage, a dam in West Bengal which regulates Bangladesh’s access to the Ganges. On the other hand, they enquire enthusiastically about, “What is India like?” The economic reality of modern Bangladesh is something which leaves many feeling slightly envious of 21st century India. None of this however, dampens their pride in their small nation. The fact that many people ignore India’s role in the liberation of Bangladesh should not be seen as a snub; when a nation’s history is only 40 years old, one must focus on what builds pride, not what erodes it.

Ahh, Pakistan. I saved the best (or juiciest!) for last. Given how fraught relations are with India, it is only natural that perceptions are somewhat confused. But the mainstream Indian idea of Pakistan as an impoverished, uncivilized bastion of Muslim-Hindu hatred is simply inaccurate. Like India, it is an incredibly multi-layered nation, and the majority of people are able to distinguish between India’s government and her people. “They’re like our brothers,” said my good friend Sajid of Indian people adding, “We can’t forget that we were once part of India.” Of course, people like Sajid won’t be heard on television news channels, when there are isolated cases of flag-burning to sensationalise. Occasional spurts of nationalist fervour aside, most Pakistanis these days enjoy Indian movies, music and culture. And although they would never admit it to an Indian, even the proudest Pakistani knows that what they share with India is much greater than what divides them.