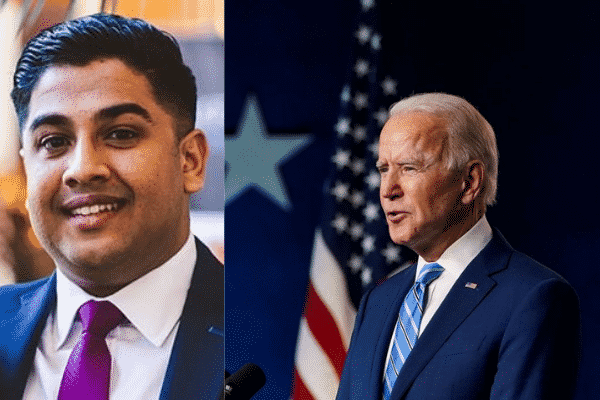 His appointment announced on Friday makes him one of the three Indian Americans nominated to important positions by Biden. The others are Neera Tanden, who will be the director of the Office of Management and Budget, and Vivek Murthy, the Surgeon General, both of whom will have to be confirmed in their positions by the Senate, unlike in the case of Patel.

Patel has held a string of communications positions in the Democratic Party domain, most recently as a regional communications director for the campaign of Biden and Kamala Harris, moving up from the Biden primary campaign where he headed up communications for Nevada and western states.

He was born in India and grew up California, graduating from the University of California-Riverside.

Vedant Patel has also been the western regional press secretary for the Democratic National Committee and communication director for Jayapal and Mike Honda, the California representative who lost to Ro Khanna.

Biden, whose nominations to key posts have been dominated by those who had served in the administrations of Presidents Bill Clinton and Barack Obama or were close to them, has been feeling the tugs of the various other factions of the party for jobs in his administration when he takes over on January 20.

Patel’s nomination is a gesture to the left Jayapal is a leader of the Congressional Progressive Caucus.

Other nominations by Biden and Harris include Atul Gawande and Celine Gounder to the COVID-19 task force, Mala Adiga to be the policy director for Jill Biden, who will become the First Lady, and Maju Varghese to be the executive director of their inauguration – the swearing-in ceremony and the festivities around it.