The average Australian travel agent doesn’t know much beyond the Taj Mahal and the Golden Triangle to sell to an Aussie wanting to travel to India. Indian tourists are nearly falling over themselves to come Down Under but they could benefit from more direct flights and increased airline capacity.

An average Aussie would love authentic experiences in India, but they aren’t marketed nearly enough. An Indian wanting to tour Australia is extremely price-conscious and wants their desi khana while they are here.

These were just a few observations travel industry insiders made when they met at a unique event titled ‘Round Table: Opportunities and Challenges for Bilateral Tourism’ organised by Australia India Travel and Tourism Council (AITTC) on 9 August. 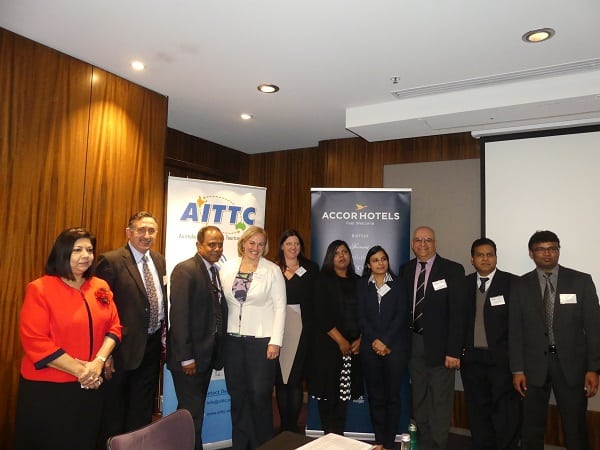 Bringing together top stakeholders, influencers and decision-makers from the inbound and outbound tourism sector in Australia and India, the meeting sought to not only discuss challenges but also evolve strategies and create a roadmap to exploit the clearly untapped tourism potential in both countries.

The event comprised presentations by select participants, followed by a round table discussion. Following a welcome by AITTC Chairman Sandip Hor, Ajay M Gondane, Indian High Commissioner to Australia, made the opening remarks.

“Tourism should not be equated to revenue, employment or contribution to GDP. The collateral effect of tourism is people-to-people contact and diffusion of ideas,” he said, adding that Indians had always welcomed its guests with a smile. “Seven years ago, the smile was there, but many comforts and tourist infrastructure was missing. Now,” he said, “there is a tremendous change.”

A video address by Nishant Kashikar, Tourism Australia’s representative in India, as well as Kanchan Kukreja, Assistant Director of India Tourism in Sydney, echoed these thoughts. Their presentations revealed encouragingly climbing tourism graphs in both countries.

India was the sixth largest inbound tourist market for Australia for the year ending in May 2017. India, however, is still not a hot favourite travel destination for most Aussies and does not figure in the top 10 outbound markets. 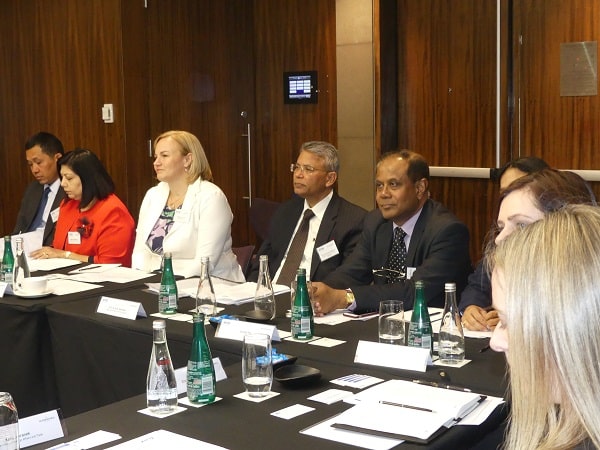 Presentations by David Farrar of Insight Vacations and Erick Finlay of Insider Journeys revealed why this was the case. Most travel agents in Australia themselves have very limited knowledge of India, and therefore, can’t sell it beyond the obvious (read outdated) destinations.

(Indian Link’s last issue with a cover story on off-the-beaten-track travel in India could well serve as a primer for them!)

Farrar added that that major government decisions (such as demonetisation and introduction of GST) and sudden changes in monument fees and sightseeing taxes were a dampener for many. Finlay, who has travelled extensively across India over several years, said that the country didn’t have a buzz about it, something a place like Sri Lanka was enjoying at the moment.

“There are several under-marketed destinations (Karnataka and Gujarat to name a couple) and experiences (culinary tourism and wildlife tourism, for instance) in India,” he said.

Thomas Cook India’s Abraham Allapat and Travel Maestro Inbound Australia’s Deepa Kale Shah spoke of ways to further improve Indian visitor numbers in Australia. In his video message, Allapat called on Tourism Australia to focus its attention to Tier-2 and Tier-3 cities in India which, he said, had witnessed a disproportionate growth in demand for travelling to Australia.

Shah said there was a need to refresh certain destinations and introduce new soft adventures and unique venues or ideas. She also called for greater industry support for things such as architectural tours or university tours.

Nandkeolyar and Hor also sought targeted responses from the participants about sharing best practices about various issues so that these could be included in an upcoming white paper on the issue.