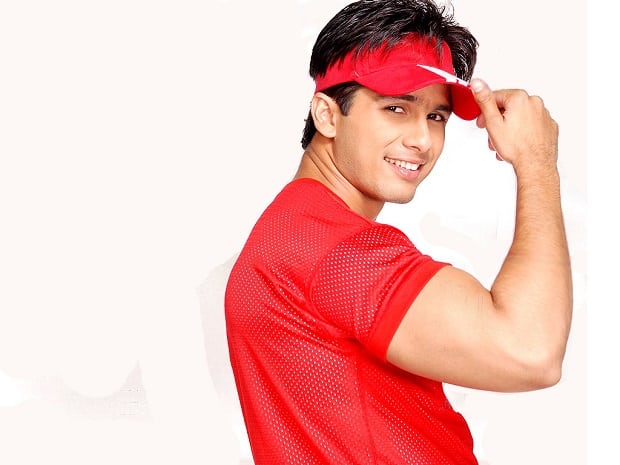 From a gangster’s girlfriend to schizophrenic, to spunky small town girl, actress Kangna Ranaut has portrayed a variety of characters on the screen in the past seven years, but she says her role in Revolver Rani is her toughest so far.

“My role in Revolver Rani is very difficult to portray,” said the actress.

“It’s a very unusual film, in which my looks are very different. I have to look unattractive in the film and for the first time I have to take care to not look beautiful,” added the actress who apparently took training to use the revolver to make her role believable.

Reportedly, Tabu was approached for the role before Kangna. Directed by Sai Kabir, the film is being co-produced by Tigmanshu Dhulia and Rahul Mittra.

The actress, who was seen in Shootout at Wadala, is happy with the kind of films she is doing.

“It’s going to be an exciting year for me. I am doing some different roles in each film,” she said, also revealing that her next film will be Krrish 3. “I am extremely happy with the kind of scripts I am getting these days”.

A gun-wielding queen is indeed an unusual role for Kangna. Can’t wait to see her in an avenging avatar!

The Frontier Gandhi: Badshah Khan, a Torch for Peace, a documentary about Khan Abdul Ghaffar Khan, the founder of a pacifist movement among Pashtuns, had its first screening at the recently concluded Ladakh International Film Festival (LIFF) in India, and got a standing ovation.

The movie is a result of 22 years of hard work and research from  producer-director Teri C. McLuhan. The Frontier Gandhi screened to a packed house at the Sindhu Sanskriti Kendra in Leh and among the audience were Afghanistan Ambassador to India Shaida Muhammad Abdali, Jammu and Kashmir Urban Development Minister Rigzin Jora and film personalities like Madhur Bhandarkar, Rakeysh Omprakash Mehra and Aparna Sen.

In the 1920s, Ghaffar Khan emerged as a social reformer with the aim to work for the betterment of his fellow Pashtuns. Gaffar Khan is referred to as Frontier Gandhi for the similarity in his non-violent methods of opposing British rule. The viewers at the screening were so overwhelmed by the Pashtun leader’s non-violent movement for freedom saga that they gave it a standing ovation.“What a fabulous film!” said Bhandarkar praising it.

Teri McLuhan will now hold a special screening of the film for President Pranab Mukherjee in the capital. All parliamentarians, Congress members and close friends would be invited to attend. Let’s hope filmgoers around India also give it the accolades it deserves.

At the conclusion of the 3-day festival, Abhinav Shiv Tiwari’s OASS, a movie on human trafficking, was named the best film, also winning best screenplay, and Divya Chhetri was awarded the best actress for the same movie. Sewan Sing Yein won the best actor for KO:Yad, for which Manju Patra Borah clinched the best director award. A host of awards were given out for cinematography, short film and documentary film. Ladakh’s filmmakers were honoured under a special category of awards. The event also saw folk dance and song performances from local artists. A tribute was paid to late filmmakers Rituparno Ghosh and Yash Chopra, as well as actor Pran.

For lovers of good cinema, a viewing of these well-made, but commercially non-starting movies will be tribute enough!

Gulshan Grover is a respected veteran in Bollywood and has acted in more than 350 films so far. But for the first time in his illustrious career, the actor will be seen in a double role in Baat Bann Gayi. And naturally, Gulshan is very excited about the project. The movie is co-produced by Sayed Asif Jah and Megha Agarwal, and is directed by Shuja Ali.

Gulshan portrays the roles of two diametrically different characters, the studious Professor Lakshmi Niwas and a choreographer Debu Daruwala, in the film that will be released in mid-October.

“It was very interesting because when you normally play a double role, one is a good guy and the other is bad,” said the 57-year-old. “Here, Prof Lakshmi Niwas is a very nice man, and Debu is nicer, and has an artistic way of life, a different kind of happiness. It was challenging not just because of the characters, but also because of the dates and budget constraints as I had to play both characters almost simultaneously and that was not easy,” he added.

Wonder if Gulshan’s being paid twice the price for the double role!

Will Shahid become a hero again?

Well, producer Ramesh Taurani seems to think so. After launching his protégé Shahid Kapoor in Ishq Vishq in 2003, Taurani is confident that his film Phata Poster Nikla Hero will be the biggest film of the actor’s life.

Shahid’s last two releases Mausam and Teri Meri Kahaani turned out to be box-office duds, so it’s great that the actor has someone keeping the faith!

“If the actor has performed in a good film then he is definitely loved by the audience,” said Taurani recently. “I can say it will the biggest film of Shahid’s life”.

Directed by Rajkumar Santoshi, Phata Poster Nikla Hero will release soon, and also features Ileana D’Cruz and Padmini Kolhapure in pivotal roles. For Padmini, her comeback to films means that she’s ready to explore all kinds of genres now.

“I have done comedy films, but after marriage, I took a backseat which I don’t regret,” Padmini said, explaining her decision to return to Bollywood. “But I was bored while sitting at home and when I got this offer I liked the script. Also, it was a complete family entertainer. Now I want to explore all kind of genres”.

Padmini will play Shahid’s mother in the film who wants her son to be a police officer, but her son wants to be an actor. It’s a full-fledged comedy film. The 47-year-old was recently seen in the film Mai which also featured Asha Bhosle in a prominent role.

Ileana will play Shahid’s love interest in Phata Poster Nikla Hero, and she calls it a crazy film. “It’s a crazy, mad film,” she said. “I have never done such a film before. Besides, Rajkumar Santoshi’s comic timing is amazing. Nobody can match him”.

Well, after a drought, let’s hope Shahid emerges as a hero at the box office!

Vivek Oberoi is in the mood for masti-mazaa, as his latest release Grand Masti, an adult comedy replete with double entendres, earned Rs.26 crore in two days. Made at Rs.35 crore, it has been written by Milap Zaveri and has earned brickbats from critics for innuendos and suggestive leery double-meaning dialogues.

Grand Masti is director Indra Kumar’s homage to hefty horniness, and has opened to a massive thundering ovation with youngsters thronging theatres in droves to watch the certifiable sex comedy. This celebration of sex, sleaze and bust seems to have caught the nation’s fancy.

Trade analysts are also surprised at the movie’s success. “Seeing the bumper opening of Grand Masti, it looks like a winner,” says Amod Mehra. “The repeated success of dumb brain-dead films proves we have a huge audience for such films. Sleazy sex comedies with double-meaning dialogues were and would continue to be in demand”.

But Vivek, whose movies like Prince and Mission Istaanbul bombed at the box office, is undeterred by the criticism and wants to enjoy the success that has come to him after a long while. And that’s exactly why Vivek was having a party, after a long while! Directed by Indra Kumar, Grand Masti also features Riteish Deshmukh, Aftab Shivdasani, Sonalee Kulkarni, Kainaat Arora, Maryam Zakaria, Manjari Phadnis, Karishma Tanna and Bruna Abdullah.

Talented actor Irrfan is happy with his soon-to-be-released movie, The Lunchbox, because he feels that the story is so good, it will not only remind viewers of real love, but satiate their appetite too. “The film is a complete dish. It increases your hunger, both stomach’s and your heart’s. So it’s a complete meal,” said the 46-year-old recently in an interview.

“The director’s style of telling the story is fresh and new. It inspires you to fall in love, something that people are forgetting these days. Love is becoming mechanical and need-oriented. The film reminds you of the real love that exists,” he added.

Actress Nimrat Kaur, who made her debut in Bollywood with the film, said the film has the potential to make a place in the viewer’s system.

“There is a lovely sensation, which I felt when I saw the film for the second time because the first time I got completely lost in it. So it will appeal to anybody,” she added.

The film has already carved a niche for itself in the film festival circuit. It was recently screened at the Toronto film festival and won Critics’ Week Viewers Choice Award at Cannes this year. Directed by debutant Ritesh Batra, The Lunchbox also stars Nawazuddin Siddiqui. And now, Vivek Rangachari, producer of The Lunchbox, is planning to remake his Tamil hit Chennai 600028 about street cricket, into Hindi. He has tentatively titled the Hindi version Kirkit. “The film has gully cricket as the backdrop. It’s a very youth-centric film,” he said and added that the Hindi version will be made in a way that it would appeal to the audience.
After the success of The Lunchbox, Kirkit is likely to be as appealing and enjoyable. Let’s wait and see!

VJ-turned-actor Ayushmann Khurrana, who will be seen sharing screen space with Sonam Kapoor in Yash Raj Films next, says that the actress is a very simple girl in real life. Sonam is known for her ‘smart’ style sense at red carpet events and during movie promotions.

“It’s been a great experience working with her. People get disillusioned by the fashionista that they see at media events. But in reality she is a very simple girl,” the 29-year-old actor said recently in an interview. “She has seen the journey in her career right from being an AD (assistant director) to now as one of the biggest stars,” he added, obviously awed by his stunning co-star.

Apart from showing his acting capabilities, he also crooned in both his films, although he never expected to do so. “I never aspired to be a singer. I always wanted to be an actor. I thought I am more of an actor than singer. Moreover, a singer actor lends more credibility to his work as he can lend his voice to his own character,” he said.

“Having said that, I cannot sing all my songs. My voice has a certain texture and I am not a versatile singer. I can sing songs of a particular genre,” he added.

Well, you certainly did a good job, Ayushmann, what’s next? A duet by Sonam and you? 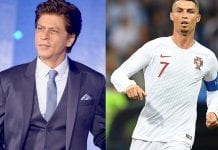 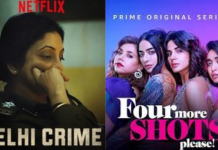 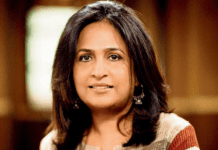 Take the warning… stay away!

Fresh Off The Boat spin-off ropes in Preity Zinta & Vir...