Victoria Premier Daniel Andrews is getting geared up and genuinely excited about his first trip to India scheduled for January 2018.

The Premier announced the news of his upcoming trip as part of his keynote address at the Australia-India Business Council (AIBC) Annual Australia India event held at The Langham recently.

Speaking at the well-attended lunch event organised by the AIBC Victorian chapter, the Premier celebrated the latest census results that declared Indians as the highest migrant group in Victoria.

In his speech, the Premier attempted to convey a sense of optimism, talk about growth and share his confidence in the relations between Australia and India. 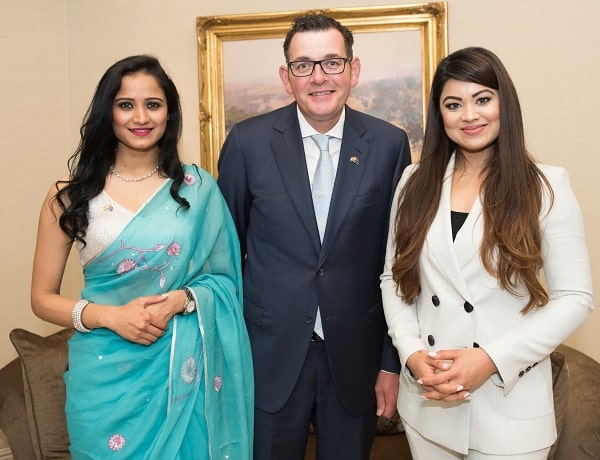 “More people of Indian descent than ever before are calling Victoria home and that is something I am just so proud of,” said the Premier, receiving great applause from the predominantly Indian crowd.

“This milestone comes on the back of recent figures that show that about 20% of Victoria’s skilled and family migrants come from India. It is clear that the Indian community has successfully laid their roots here and stayed to share all things that we hold so dear right now,” added Andrews.

The Premier went on to speak about the Diwali celebrations in Victoria, particularly the one at Federation Square, and the progress of the Indian Precincts in Dandenong and Wyndham.

According to the Premier, the key to Indian Australian relationship is to work together, and to go further with the soon-to-be-released new India strategy.

He revealed that the strategy, made in consultation with the community, is a decade-long plan to further strengthen the state’s engagement with India and the Indian community.

“The India strategy lays out a comprehensive plan based on personal connections, meaningful engagements and equal exchange and is crucially one based on long-term commitment to the Victorian-Indian partnership,” he said. 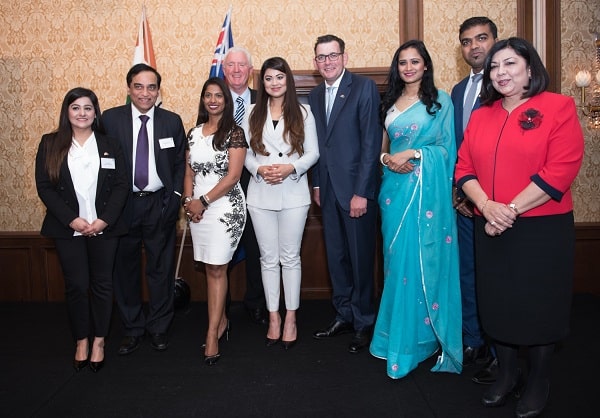 The Premier ended his speech by congratulating the community on its profound contribution to Victoria. According to him, the next challenge will be to make sure that the next part of the Australian-Indian partnership is stronger than ever before.

“Australia’s relationship with India is indeed inevitable,” said Rashi Kapoor, the current president of AIBC’s Victoria chapter as she welcomed the guests. She acknowledged her new team and the national team for their efforts.

She also pointed out that it’s the first time ever in history that the AFL Premiership Cup and ICC World Cup are seen together at the AIBC event. The two trophies held a place of pride on stage through the afternoon and attracted a lot of interest. Rashi went on to acknowledge the Premier by presenting him with a pin.

Next up was an address by Consul General of India in Melbourne Manika Jain. She spoke about the robust relationship between Australia and India and the exchange of recent delegations, agreements, collaborations and other noteworthy engagements between the two nations.

She will soon take up a new role as the Ambassador of Cambodia and she claimed that her tenure in Melbourne had been very productive.

She wrapped up a rather lengthy speech by saying, “With the shifting political gears in the world, there could not be more urgency than today for open and democratic economies to work together for the betterment of their people and communities. This can only be possible for governments if their various institutions, businesses and people come together and work for the common objectives.”

As the lunch progressed, the audience also heard from Lisa Maher, Regional Manager Premier and Mobile Banking from Commonwealth Bank.

Once the formalities were completed, guests were encouraged to stay back and network. Many lined up to take photos with the treasured AFL Premiership Cup (Richmond FC) and the ICC World Cup.

Towards the end, AIBC VIC vice-president Preeti Daga offered a formal vote of thanks and expressed her enthusiasm at being part of AIBC’s new direction.

The Victorian Chapter of AIBC may be in the process of navigating the dynamics of its newly-elected committee. However, this annual event could set the course for potential progress and improvement.

Over the fence: What do our Neighbours look like in 2017?