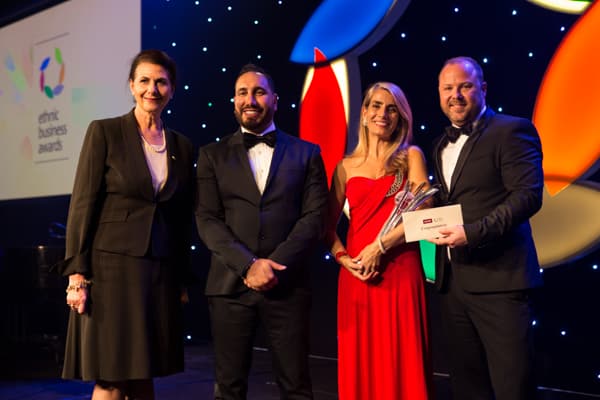 A refugee from Vietnam turned doctor, a homesick Brazilian lawyer turned foodie and an Indigenous woman in the mining industry turned employer all walked away winners from the 29th Annual Ethnic Business Awards Gala Presentation Dinner.

At the Wentworth Ballroom of the Sofitel Wentworth Sydney, over 320 guests gathered once again to hear 12 amazing and stirring stories of hardship, endeavour, perseverance and good old fashioned grit. By the end of the night, three inspirational winners were declared.

Dr Van Minh Nguyen of Dyvest Group took the trophy in the Medium to Large Business Category with a turnover of over $5mn per annum. 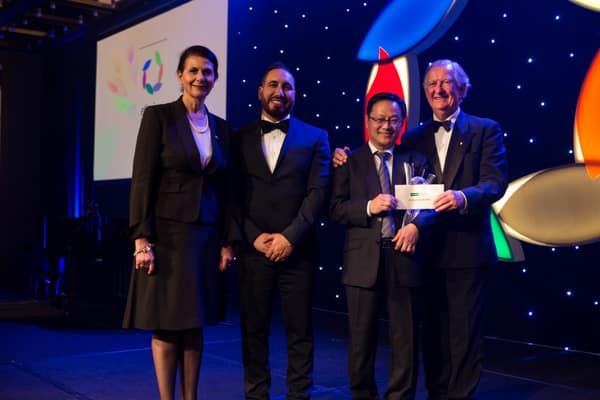 In trying to flee the communist regime of Vietnam in search of a better life, Van Minh ended up served jail time as an 11 year old. Arriving in Australia with his younger brother to support and care for, he juggled school and 20 hour work shifts at multiple jobs, washing dishes and cleaning hospitals to support himself and complete his studies in order to become a doctor. From dish-washer to doctor, not only does he continue to work hard as a medical professional but has over time built himself an asset portfolio that includes 16 medical centres that treat over 1 million patients a year as well as a whole number of commercial and residential properties.

In 1997, a Brazil migrant followed her heart, her husband and their two young children to Australia. Interstate and oversea travel for her husband’s work left Cristina with her hands full taking care of their children and day to day duties and feeling very much alone. 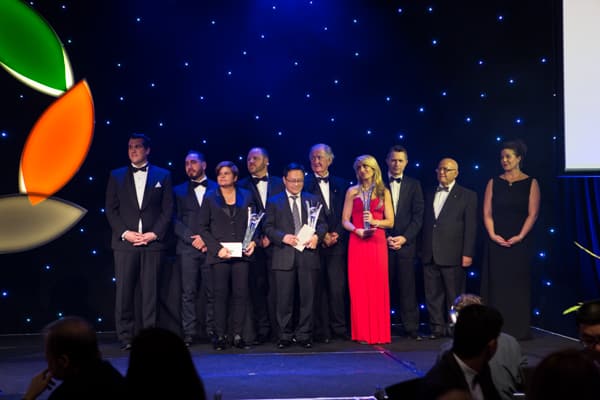 Although an accomplished lawyer back home, her degree was not recognised in Australia. Juggling her duties as a mum and driven by her homesickness and the love of a traditional Brazilian cheesy bread snack, her business dream became a reality. Seeing growing market need for gluten free products also lead her to venture into creating her own food brand which now sits on the shelves of major supermarket chains such as Woolworths and Aldi.

And finally Triscilla Holborow of REFAP Pty Ltd took the Indigenous in Business Category, which celebrated its 8th year of success in the Ethnic Business Awards family.

Pilbara mining businesses were thriving in the early parts of the decade, but in that boom someone saw a different side. Triscilla saw that the Indigenous people in her local community were suffering poverty, unemployment and other social changes. Many Aboriginal people in the Pilbara still live on country and live by traditional means. Triscilla not only wanted to make a change – she wanted to be the change. Having felt the hardship of prejudice and bullying as an Indigenous female in the mining industry, she set out to make a difference.

Supported by her partner Kelly, Triscilla left a full time job, and persevered for 9 months before her first break. And from this break, she continued to build and develop a specialised employment service for Indigenous people that also offers Mail Logistics and Youth Services. This is REFAP, which stands for Real Employment for Aboriginal People. 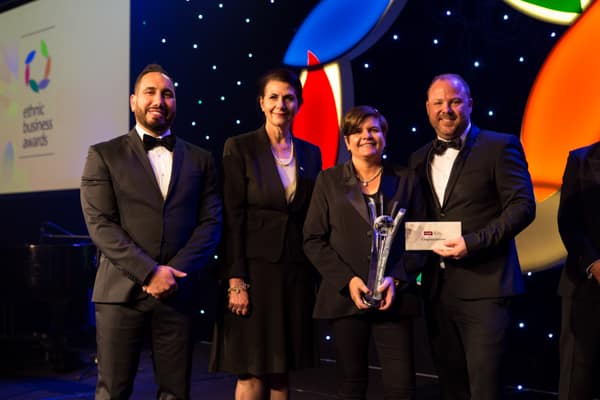 As Founder, Chairman and Major Sponsor of the Awards, Mr Joseph Assaf AM remarked, “When one looks at the diversity of tonight’s finalists and the diversity, of all the hundreds of nominees across the board – the diversity of their cultural and linguistic backgrounds, the diversity of their countries of origin, the different categories under which they migrated to Australia – only then does one begin to appreciate the scope and understand the astounding potential of what such diversity can achieve.”

Mr Assaf further concluded, “My friends, the Ethnic Business Awards is a great reflection of the success of diversity in action. Success against the odds. And Australia ought to be congratulated for providing the perfect light, ambience and environment and for being a great source of freedom and opportunity in the midst of a complex world.”

Guests of the Awards included The Honourable Senator Concetta Fierravanti Wells MP, representing the Prime Minister, The Hon. Jason Clare MP Shadow Minister for Trade and Investment, Shadow Minister for Resources and Northern Australia representing the Leader of the Opposition, along with the Minister Assisting the Treasurer, The Hon. Michael Sukkar. Several members of the Diplomatic and Consular Corps also attended along with many luminaries from all fields of business, media, and the community.

The Ethnic Business Awards, now in their 29th year, celebrate diversity and multiculturalism, and success against the odds.