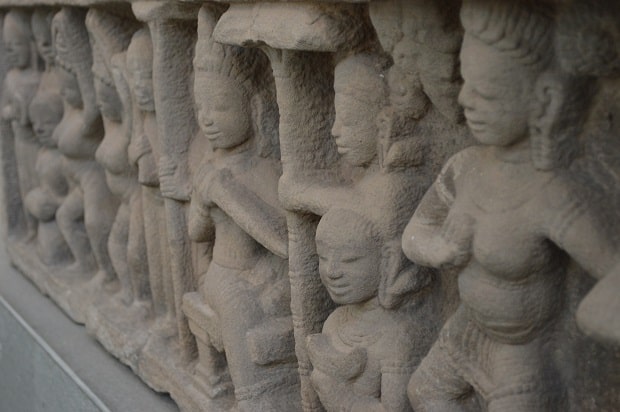 Travelling to Vietnam, we didn’t know what to expect. It would be very similar to its neighbour Cambodia, we thought. To our surprise, Vietnam is ahead of its time, running on par with the Western world. As we ventured through the country, taking in the culture, the beauty of Halong Bay, and the aromatic flavours of the cuisine, we stumbled across a hidden gem.

Buried deep behind the hustle and bustle of the modern exterior is a history close to home, a history still alive deep within the streets of Vietnam. Travelling through Danang, one of the main port cities and the biggest city on the coast of the South China Sea, we ventured up to My Son.

The My Son sanctuary is located near the village of Duy Phu and is listed by UNESCO as a world heritage site – for very good reason! While experiencing and learning the Vietnamese culture we stepped into the past and opened the doors to our own culture – Hinduism.

My Son sanctuary took us back into the depths of Vietnam’s ‘Indian’ past. The sacred sanctuary was once a site of religious ceremonies for kings and ruling dynasties of Champa, as well as a burial place for Cham royalty and heroes. Now it is a cluster of over 70 abandoned and partially ruined Hindu temples. 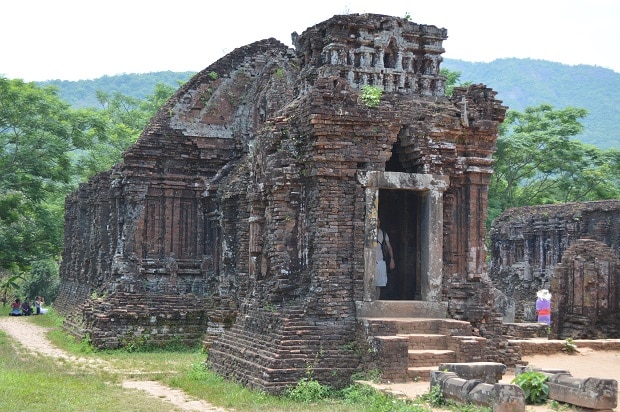 Constructed between the 4th and 14th century AD by the kings of Champa, the temples are primarily dedicated to the worship of Lord Shiva and some are dedicated to Lord Vishnu.

Each temple was constructed from red stone and, even though there were only ruins of the temples left behind, they stood tall reflecting majestic beauty. We couldn’t help but be absolutely mesmerised by the intricacy of the architecture. To think that such magnificent structures were built in a time when there were no machines! Each relief was created to tell a story. With images of gods, goddesses and characters, depicting epics and phases from Hindu scriptures, they were carved with precision and detail.

Along with the temple ruins, stand murtis (statues) of Lord Ganesh, Lord Vishnu and Garuda, some still fully intact after all these centuries, and some which were partially ruined during the wars of Vietnam. It was striking to see how such beautiful sculptures and intricate carvings were crafted centuries ago, making us wonder how each one was created and what tools were used. Surely they would have been created by hand, using natural resources, or did they have machines which we don’t know about? 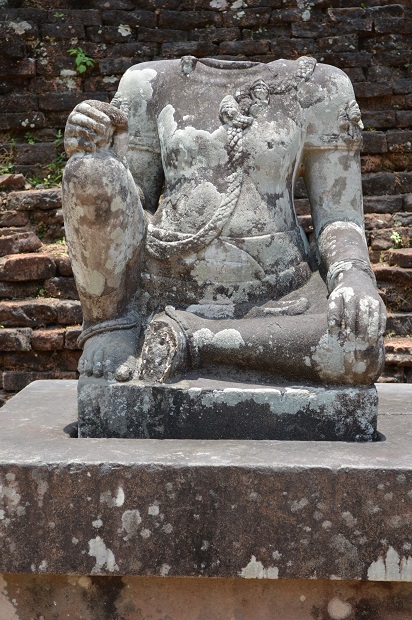 Although many of the masterpieces and parts of the carvings from the temple walls have been removed from the actual site and placed in the Cham Museum for preservation, we were still able to see a few of the relics in their original charm and placement. One of the most visually striking pieces is a stone-carved Shiv Ling sitting in the centre of one of the smaller temple ruins. It spans the entire width and length of the temple and is the largest Shiv Ling I have ever seen. The years and wars seem to have had no impact on this artefact whatsoever, as it stands in the centre of the temple in its original condition with not even a chip in the stone.

Currently, parts of the ruins are undergoing restoration. Although this will preserve the history of the area, the structures will no longer carry the same story and beauty of history in their appearance. It will be interesting to go back and see the ruins in ten years!

A trip to the Cham Museum gave us better insight into this magnificent slice of art history. The Cham Museum was established at the end of the 19th century by the Ecole Francaise d’Extreme Orient with a collection of artefacts.

Today the museum displays approximately 300 of the sandstone and terracotta sculptures, each collected from the Cham temples and towers. Each sculpture reflects the royal glamour and the eventual downfall of the Cham kingdom.

The timeless pieces each tell a story of their own and reflect the high level of love and passion for art the Cham people carried. 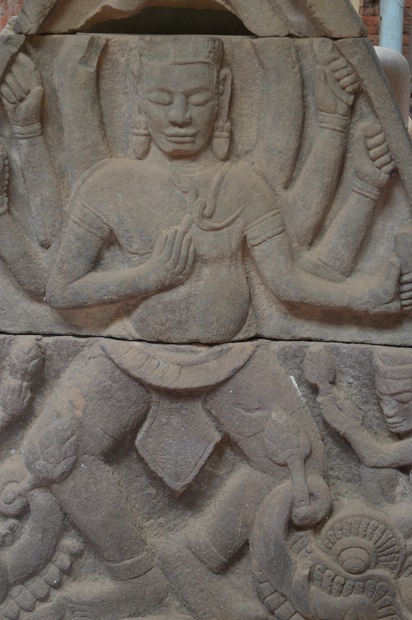 The entire experience was like travelling back in time through an old, thick history book, which enabled us to visually experience and learn about the eight centuries of the Cham culture. We also learned that the Cham people still exist within Vietnam, practising the same religious beliefs, rituals and ceremonies as other Hindu people in the world. One of the prominent cultures today within Vietnam, alongside Buddhism, is Hinduism.

When we think Hinduism, we automatically envisage India and Indians, regardless of which part of India we come from. We also know that Hinduism gave rise to Buddhism and Jainism. However, this experience opened our eyes to an entirely new aspect of Hinduism we didn’t know existed, ‘Cham’.

It just goes to show how deep and how far the roots of Hinduism are spread, leaving us with the question, do we have ancestral history which derives from the Cham culture, that we do not yet know about? 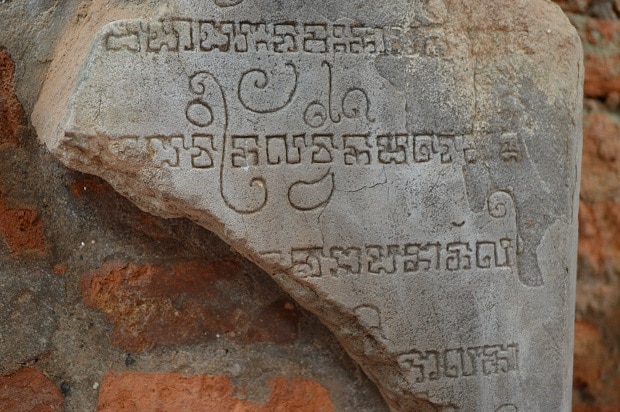 A different kind of devotion