It’s an unpleasant fact, but some of your favourite foods can be potentially toxic to your system 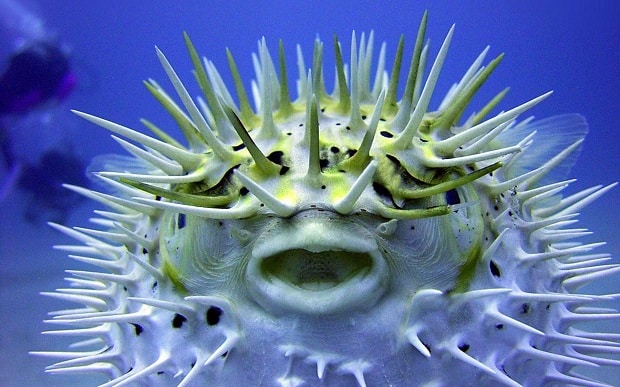 What does the picture of a skull and crossbones on an item say to you? It kind of screams ‘POISON! Do NOT consume’, doesn’t it? You won’t ingest cyanide, oxalic acid and amatoxin, knowing they are some of the most lethal poisons out there, right? Well, let me break it to you gently; if you are sitting down to a meal, at least some of these poisons are on your plate right now.

To freak you out, here is a list of top ten deadly poisons that are consumed on a regular basis. They can make you very sick and potentially kill you. But before you slam down your fork and bolt to the bathroom, relax! Most of them are in harmless doses, dangerous only when taken in excess. So breathe in, breathe out and read on…

A potentially lethal toxin, phytohaemagglutinin is lurking inside kidney beans, the little red jewels loved by many. The poison is neutralized when beans are boiled rapidly for ten minutes, but slow cooking at below 100oC can jack up the toxicity level to five times more than in raw beans. To avoid a catastrophe at the dinner table, its best to use the canned variety. As for raw beans don’t even think of trying them, a few will kick you into hospital and a handful can send you to your grave!

Solanine is a poison found in potatoes. It is a natural fungicide and pesticide which develops when potatoes are exposed to light. Expect indigestion, nausea and diarrhoea if you consume potatoes that have begun to sprout or are starting to show green patches. Even cooking will not get rid of solanine at this stage and in severe cases it will cause hallucinations, paralysis, fever and hypothermia.

Rhubarb contains oxalic acid in its dark green leaves. While the red stalks are safe to toss in pies and desserts, beware the wrath of the leafy greens. Oxalic acid present in the rhubarb plant will probably not kill you, but it will pack a lethal punch if you decide to go on a grazing frenzy. The poison can cause dizziness, kidney failure, coma and seizures.

Tomato was nicknamed ‘poison apple’ by the Europeans and was not considered edible for centuries. Here’s why: found in the stem, leaves and unripe fruit of the tomato plant is the toxic glycoalkaloid tomatine which when taken in excess causes gastrointestinal pain, diarrhoea and vomiting. Tomatine in green tomatoes has also been blamed for triggering migraines.

Myristicin is a psychoactive neurotoxic compound found in nutmeg (jayfal). Myristica oil is a clear liquid extracted from nutmeg seeds. When swallowed, it can cause headaches, nausea, dizziness, bloodshot eyes, confusion and hallucinations. No need to panic though, a little jayfal in your garam masala is not enough to bring about any side effects, it only gets nasty when abused. Recreational use of nutmeg brings on an intoxication that can last for several days and can result in nutmeg poisoning.

The unassuming tin of butter beans maybe one of your few friends in need in the pantry, but the little buggers are not as innocent as they look. In their raw state butter beans contain the compound linamarin which turns into hydrogen cyanide when mixed with intestinal enzymes. Boiling for ten minutes prevents poisoning, but using the tinned variety makes much more sense.

What if we tell you, your bowl of cherries, plums, peaches and apricots is full of poison? Surprised? Ok, not really; the fruit themselves are safe, but their seeds and leaves contain prussic acid which is highly toxic to humans. The poison is released when the seeds or leaves are crushed, chewed or bruised.

Mushrooms come in many varieties…shiitaki, oyster and portabello are deliciously edible, but then there are ‘destroying angels’ and ‘death caps’ which are a whole different story. Amatoxins found in some mushrooms can cause mycetism, resulting in gastrointestinal discomfort and death. Mushroom poisoning usually occurs from ingesting wild mushrooms mistaken for edible ones as it is extremely hard to tell the difference between the two. Here’s a piece of advice, if you love life, lay off those toadstools in the back yard!

The liver, skin and ovaries of puffer fish contain high levels of tetrodotoxin. This powerful poison paralyzes the muscles and kills by asphyxiation. Puffer fish or fugu is a delicacy consumed by many and in turn, it consumes many every year as there is no known cure for tetrodotoxin. Due to safety reasons, it is officially illegal for the Emperor of Japan to eat fugu. Chefs have to be specially qualified to cut and prepare it. The training is rigorous and the final test requires the chef to eat the fugu he has prepared himself. Yikes! Talk about occupational hazards!

Cassava or yuca is the third most consumed food in the world but beep! It contains the C-word: ‘cyanide’! The level of cyanogenic glycosides is higher in the bitter variety than in the sweet. It acts as a natural pesticide, making cassava an ideal crop. To make it safe for consumption though, and to avoid cyanide poisoning, the cassava root is soaked in water, boiled, sun dried or fermented. It is believed that half a kilogram of bitter cassava can kill a cow, so you don’t wanna know what it can do to humans!