With the ICC Women’s T20 World Cup now behind us, we look back on some of the tournament’s most memorable moments as fans, players and organisers alike reflect on one of the most successful women’s sporting events in history 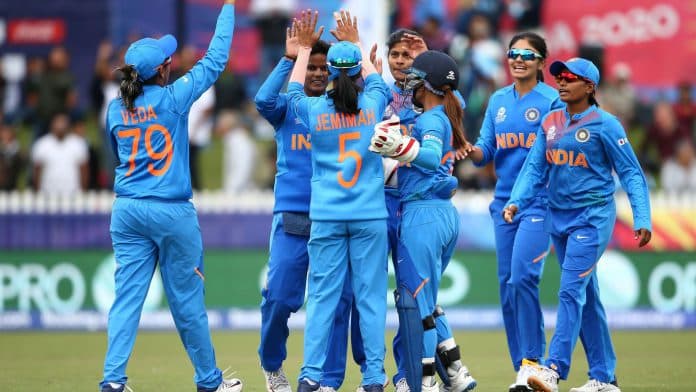 Poonam slices through the Aussies

This World Cup needed a big opening match, and it was no surprise that organisers turned to India and Australia to deliver. The two teams had already had a number of close encounters in the pre-tournament tri-series, and India had shown that it was more than capable of challenging the home favourites. Through it all though, there was a sense that come the World Cup proper, Australia would find their A game.

Halfway through the opening match, it seemed that the match would indeed fizzle out into a one-sided encounter, as India limped their way to what seemed a below-par 132 despite a bright start. Those fears were compounded when an Alyssa Healy blitzkrieg saw Australia blast India away in the opening stages of the second innings.

Enter Poonam Yadav. The diminutive leg spinner – known for bowling incredibly slow, loopy leg spin – first claimed the dangerous Healy before really turning the screws, dismissing vice-captain Rachel Haynes and all-round great Ellyse Perry in consecutive deliveries. Cruelly, wicketkeeper Taniya Bhatia dropped an edge off Jess Jonassen to deny Yadav what would have been a historic hat trick, but Yadav soon returned to claim her fourth and finish with 4-19, as India decimated the Australian middle and lower order and romped home to victory in front of a near-capacity crowd at Sydney Showground stadium.

The tournament, which was desperate for true competition to avoid the sense of inevitability that rightly accompanies the Australian side, was blown wide open.

Thailand hold their own

A side making their tournament debut, Thailand won the hearts of many with a feel-good journey for the ages. Even before the tournament began, the Thai team was the apple of the cricketing world’s eye, with captain Sornnarin Tippoch noting, “We’re excited. Very, very excited… this is a very proud moment for us; it’s the first World Cup for us and we’ve been preparing for a long time. Now it’s our time to shine.”

The heartstrings were only further tugged when New Zealand’s White Ferns sat down with the Thai girls after a drubbing in a warm-up match to share their knowledge, with the sides splitting into focus groups comprising bowlers, spin bowlers and batters.

Though the team unsurprisingly struggled in their first few matches, Thailand notched up an impressive 150/3 against Pakistan in their final game, and were unfortunately denied the chance to defend the total, which would have required a record chase by Pakistan.

Shafali gives a glimpse of what’s to come

Before the tournament, there was plenty of hype around India’s star 16-year-old opener, Shafali Verma. Verma herself made no secret of her ambition to make a name for herself on the biggest stage, citing her desire to help those less fortunate with their cricket playing dreams.

Verma did not disappoint, blasting 163 runs at a strike rate of more than 158 – higher than anyone else in the tournament – and with only a single score under 29. Unfortunately for Verma, that score came at the most critical time, in pursuit of a mammoth Australian total in the grand final.

That disappointment brought Verma to tears. However, Verma can take comfort in the fact that few 16-year-olds are feared in any professional international sport, and yet she is definitely one of them. Verma’s hyper-aggressive brand of play may not always come off, but when it does, she is as ruthless as they come.

Though organisers got their dream final in the end, it seemed a long way out three days before the grand final, with a characteristically miserable day in Sydney forcing the first semi-final between England and India to be washed out. With no reserve day – a decision for which the ICC were widely ridiculed – India, as the higher-ranked team in the group stages, progressed to their first ever final.

For much of the day, it seemed inevitable that Australia, too, would meet the fate to which the English team were condemned, with Australia’s semi-final opponents South Africa placing first in the group stage. However, a miracle effort by the groundsmen ensured that the match was able to proceed, with Australia stealing the match by just 5 runs and booking a date with destiny.

Cruelly for England, had they been the second scheduled semi-final, they could have had an opportunity to contest for a place in the grand final.

Has there been a more iconic moment in Australian sport in the last 20 years than the sight of a near-capacity MCG crowd cheering on women’s cricket? It’s difficult to compare, but surely this must rank alongside those great moments etched into Australian sporting folklore; Cathy Freeman at the Sydney Olympics, Lleyton Hewitt’s Wimbledon title run in 2002, Steve Waugh’s century off the final ball of the second day’s play in Sydney in 2003.

Over 87,000 fans packing a sold-out MCG – in the middle of a global coronavirus scare, no less – is evidence enough. Pre- and post-match concerts by Katy Perry also lifted the tournament’s credibility, while it was a stroke of genius to schedule the final on International Women’s Day.

It is difficult to fathom, but many hope for this kind of crowd at women’s matches to be a stepping stone, rather than the glass ceiling. With an enormous cricket stadium in Ahmedabad now open – with a staggering capacity of 110,000 – all it will take is for the BCCI to start its own women’s IPL before the public have the opportunity to see even more attendance records being broken.