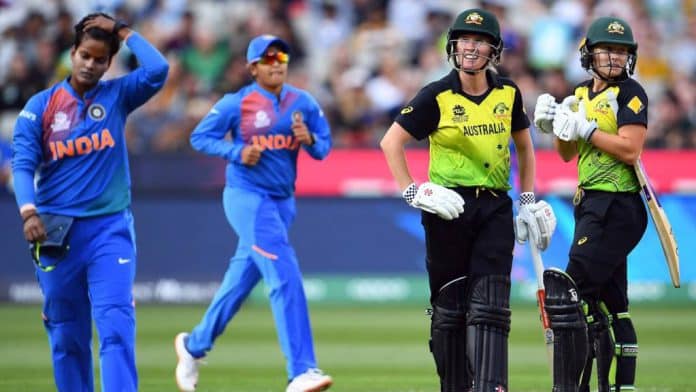 The 2007 ICC World T20 heralded a new beginning for international cricket, ushering in an era of franchise-based leagues and sparking the biggest revolution to the game since World Series Cricket in the 1970s. In many ways, the recently concluded 2020 Women’s T20 World Cup promises to have an equally big impact on the women’s game. As broadcasters, sponsors and fans start to appreciate its value from both a commercial and entertainment perspective, the common thread underlying these watershed moments is an Indian team that captured the imagination of its adoring fanbase.

Australia may have lifted their record fifth T20 World Cup crown, thrashing a despondent India in a one-sided final, but if anyone was happier than the formidable home favourites, it was the ICC organising committee, who could not have scripted a more perfect outcome if they tried.

It is no secret that India and Australia playing a World Cup final on Australian soil is the stuff of dreams for organisers, broadcasters and sponsors, let alone the fans themselves. To have the colour, fervour and pure fanaticism of Indian fans, while seeing the home team ultimately lift the trophy in front of tens of thousands of jubilant fans, is a guaranteed money-spinner.

In this sense too, there were parallels with the 2007 World T20, where India eclipsed a resurgent Pakistan in another hugely anticipated final. When MS Dhoni led his unfancied side to that title, the T20 format was still seen as a bit of a “hit-and-giggle”. But once the BCCI realised the potential in the format – spurred by India’s success – it took less than a year to launch the IPL, which has been nothing short of staggering in its success.

Similarly, like T20 cricket itself, women’s cricket has in many corners been viewed as somewhat of a novelty. It formed its own niche often only as an accompaniment to the men’s game, with women’s matches broadcast on subsidiary channels with second-rate production standards, often played as curtain raisers to a men’s match.

Some of those elements will remain for the medium-term. Sports entertainment is a highly saturated market, and athletes today already play more days of competitive professional sport than ever before. There is only so much room in the calendar, only so many venues, and only so many broadcasting resources available for another market entrant.

But we can certainly expect two things in the fall-out from the tournament. First, the creation of more stand-alone franchise-based women’s cricket leagues, which will provide a much-needed influx of private funds into the game. It will build greater depth, encourage new talent and attract new sponsors. Though there are some of these already – of which the WBBL is one – none could ever match up to the riches of a women’s IPL, which the BCCI is no doubt seriously considering.

Secondly, it’s likely that boards such as the BCCI will start pouring money into the development of women’s cricket, particularly at the national level. As an organisation now accustomed to seeing its men’s team atop the world rankings, the BCCI will no doubt seek similar success for its women’s teams, particularly with Sourav Ganguly at the helm. This will mean more girls’ academies;more highly trained coaching staff; greater emphasis on strength, fitness and conditioning, and more talent scouting.

In that sense, it may not actually matter that India did not lift the title. In fact, the BCCI may be even more motivated to improve Indian women’s cricket given the clear gap in talent, ability and fitness between the two sides in the final.

Those criticising the Indian team would do well to remember how many years it took the men’s side to become a formidable force in international cricket. Although it is perhaps not the fairest of comparisons, the fact remains that women’s cricket in India is still in a development phase, especially next to the relatively robust domestic and international structures in place in Australia and England. Despite this, the team has performed admirably, including two wins over Australia in this tour alone.

It is self-evident that the women’s game is more professional, dynamic and entertaining than it has ever been. There’s a reason that more than 87,000 fans voted with their feet and came up just short of the world record for the highest ever attendance at a women’s sporting event.

Fans will continue flocking to the game if organisers keep backing it; and the 2020 Women’s T20 World Cup may well become the blueprint for success.