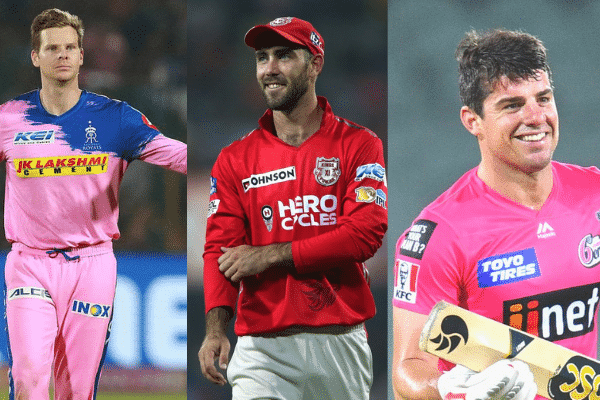 As expected, the auction turned out to be a bowler-friendly one, with five of the top eight buys being either bowlers or bowling all-rounders.

The Aussies in the IPL

In news regarding Australian players, Royal Challengers Bangalore (RCB) made big moves, shelling out Rs 14.25 crore on Australia all-rounder Glenn Maxwell, just over seven times his base price of Rs.2 crore.  Maxwell, 32, was earlier released by Punjab Kings – formerly Kings XI Punjab – who had bought him for Rs. 10.75 crore for the 2020 edition.

Australian Nathan Coulter-Nile, who was released by MI, was picked by them again for Rs 5 crore.

“It was just incredible to get Steve Smith,” DC co-owner Parth Jindal said. “We are shocked he went only for Rs 2.2 crore, but to get a player of the calibre of Smith, it’s going to add a lot to our squad, a lot to our balance – his leadership, his batting, his experience, everything. Everyone associated with Delhi is just thrilled.”

DC is yet to win an IPL title in 13 attempts. It reached the final last year but lost to Mumbai Indians.

Smith, 31, led Rajasthan Royals in the 2019 and 2020 IPL, and was released before the auction that took place in Chennai.

Indian domestic players also hit gold, with Tamil Nadu youngster Shahrukh Khan, who impressed with his hard-hitting in the T20 Syed Mushtaq Ali Trophy, being bought by Punjab Kings for Rs.5.25 crore – over 26 times his base price of Rs.20 lakh.

Krishnappa Gowtham, Karnataka’s off-spinner and lower-order batsman, was bought for Rs 9.25 crore by Chennai Super Kings. His reserve price was Rs.20 lakh as he went over 45 times his base price.

India all-rounder Shivam Dube, who was released by RCB, was bought by RR for 4.4 crore. His base price was Rs.50 lakh. RR also bought 22-year-old Saurashtra bowler Chetan Sakariya for Rs 1.2 crore.

RCB turned out to be the most profligate in their spend, forking out as much as 99 per cent of their kitty. (They began with Rs. 35.4 crore, and are the most drained-out franchise with just Rs 35 lakh left over).

The IPL’s next season is likely to be played in India and is scheduled to begin in April, after the ongoing home series against England.