Meet Shalini Thakkar, a PhD scholar from India who is in Deakin’s Geelong Waurn Ponds VIC Campus these days. She is working on the development of low-cost nano sensors for detection of arsenic in ground and drinking water. For Shalini, who hails from Bihar in eastern India, this is more than just a PhD: it’s an opportunity to change the lives of those who she has seen deeply affected by high levels of arsenic water contamination. Bihar’s heavy cancer burden is largely due to high levels of arsenic, a known carcinogen, in its groundwater. 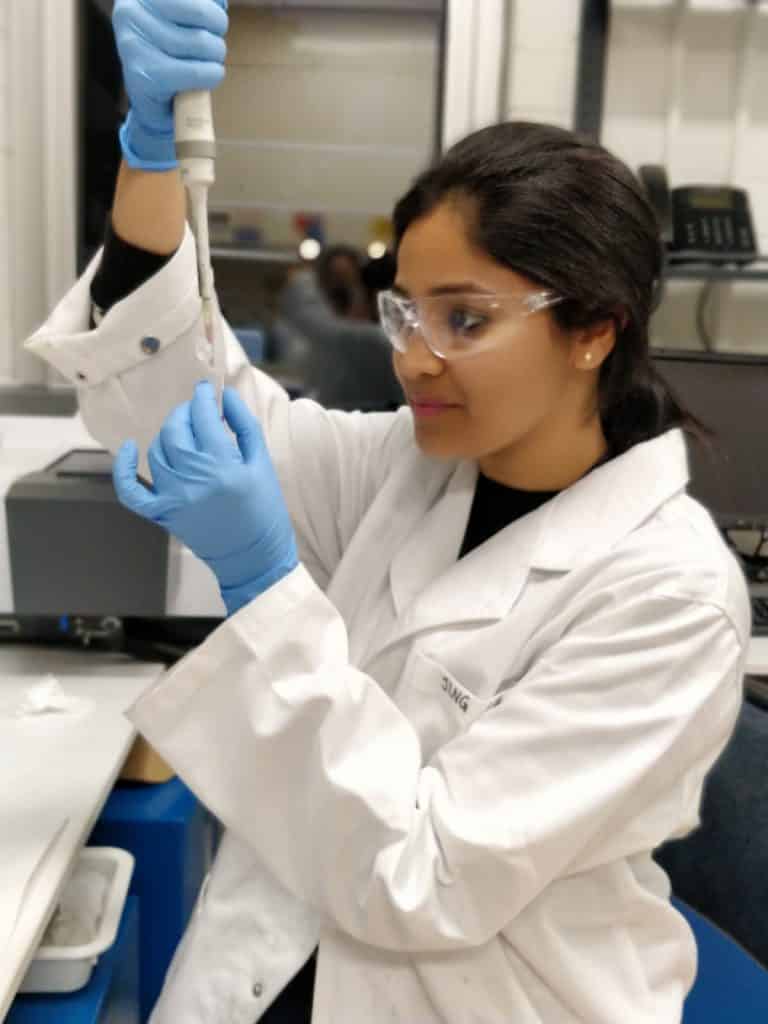 Shalini is receiving joint supervision from Deakin and TERI under the Deakin India Research Initiative. The first dedicated collaborative Nano Biotechnology Research Centre between Deakin University and The Energy and Resources Institute of India (TERI) opened in India last year. It combines TERI’s experience in biotech applications in food, agriculture, environment and bioenergy with Deakin’s expertise in nanomaterials.

Shalini is thrilled with the opportunity she is offered. “Deakin University, Australia is known for
its research excellence while TERI is known for good practices in the area of sustainability. I am fortunate
to have gained opportunity to carry out my doctoral degree at TERI-Deakin Nano Biotechnology Centre
with full fee waiver scholarship and stipend.”

The World Health Organisation calls the arsenic crisis “the biggest mass poisoning in human history” and Human Rights Watch believes some 20 million people are at risk from arsenic poisoning in Bangladesh alone.

“With my supervisors Dr. Wenrong Yang and Dr. Ludovic Dumée in Australia and Dr. Brajraj Singh and Dr. Manish Gupta in India, I aim to develop an easy-to-operate method to remove arsenic and deliver safe and clean drinking water, which can be adopted worldwide. This will improve water quality for 130+ million people in the 70+ countries worldwide experiencing toxicity from naturally-occurring arsenic.”

According to a WHO report, some 239 million people across 153 districts in 21 states in India drink water that contains unacceptably high levels of arsenic. UP has the largest number of people, over 70 million, exposed to arsenic-contaminated water.

Water has emerged as one of the key issues in which India and Australia are looking for ways to collaborate. The University of Adelaide is currently crowdfunding to produce simple low-cost, self-assembly water purification kits in Rajasthan. The researchers claim this simple device can reduce harmful E.coli from 1 million units to below 1, besides removing other pathogenic contaminants.

Several Australian and Indian universities have established joint research facilities such as the Indian Institutes of Technology (IITs), Indian Institute of Science (IISc) – DEAKIN University Collaboration, Monash University–IIT Bombay Research Academy collaboration. Some 400 research partnerships have been established between the two countries. Collaborations are seen as an investment in innovation capacity, shared intellectual capital, and potentially substantial wealth generation for partner nations. The Australia–India Strategic Research Fund (AISRF), initiated in 2006, is a prime example in which our two nations contribute equally to fund advanced research.

Like Shalini, there are other researchers who, through their scientific research, are focusing global priority areas including agriculture, energy security and water. They are encouraged to deliver ‘people for science and science for people’, where innovation is defined as an ‘S&T led solution that is successfully deployed in the economy or society’.

We saw 2 years of digital transformation in 2 months: Satya...