Understand the feelings associated with change to manage transitions effectively 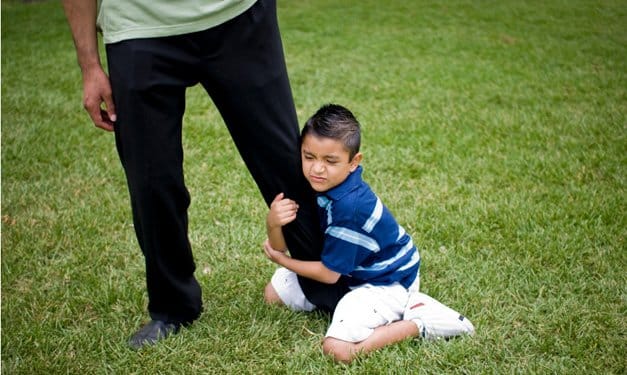 Many parents are familiar with the queasy feeling of leaving a child at a childcare centre or school, and turning away feeling relieved, protective and vulnerable simultaneously. Children, who are generally more open with their feelings, experience separation anxiety differently. It may take the form of clinging to a parent’s leg, holding a parent’s hand, staying close to, and watching a parent closely at the point of departure and/or crying hysterically when the parent leaves. For parents, at the point of departure there may be far too much reassurance that sounds like it is more for the adult than child. This form of separation anxiety, the trepidation and heightened feelings when left alone, is a form many people are familiar with.

Separation anxiety of this form can also manifest as anger, and caring parents and teachers seek to minimise the pain, offering reassurance in the hope it will help.

However, separation that causes anxiety does not only occur when children first separate from parents into the care of a babysitter, childcare worker or school. Separation anxiety can occur throughout life and needs to be managed more often than might at first be apparent.

In conversation recently, a mother told me that sleeping with her six-year-old son may have contributed to his separation anxiety. Her husband slept in another room. I asked what her plan was for helping transition the boy to independence and for her re-connecting with her husband. She looked at me and said, “Plan?” as her husband stood beside her, looked at her and shrugged. In a following conversation, she revealed that she had no intention of letting her son sleep by himself as she loved his smell and would miss it too much if he slept on his own.
Of course, all parents want to feel needed and can feel vulnerable as their children become more independent. What, after all, is the nature of parenting when a child can manage on his or her own?

I know parents who do things for their children that their children can capably do on their own. They persist, however, because they know one day their child will no longer be close enough to need them to do things – and so they seek meaning by being supportive and overly helpful.

Overly caring parents, such as the parent mentioned earlier, create habits that undermine the independence and resilience of their children. But separation anxiety is far more subtle than the most overt and obvious cases or situations outlined so far.

Consider the following. Some parents do not want their children to do things such as attend parties as teenagers. I know of a young girl in Year 7 whose father asked her if the parties her friends attended ever had boys present. When she replied openly and honestly that they did he said, “Well, you will never be allowed to go to any parties from now on.” Here, the father’s anxiety about the possible influences on his daughter are evident, and arose from a feeling of protection. In his mind, he is both protecting himself and his daughter. In making a rule he is limiting the possibility of feeling vulnerable about his daughter and the things that he perceives might take her away from him and that he perceives may hurt her.

However, from the daughter’s perspective her father does not trust her and she feels restricted, misunderstood and hurt. In this way, separation anxiety leads to distance between the father and daughter and over time this could make them strangers to one another. In attempting to avoid separation, separation is created.

Separation anxiety can also arise in the classroom in the context of everyday teaching and learning. It arises in education when students are challenged to think and let go of preconceived ideas and ways of thinking.

Of course, teachers are not immune from such anxiety either. Consider the following: a change in curriculum that requires teachers to program new content, create new resources and design new assessments. A shift from state-based syllabi and curricula to the new Australian Curriculum is an example of such a change. This type of change is often met with resistance and complaint. Stress in respect to change can be deemed a form of separation anxiety. That is, holding on to what is known and resisting the challenges that arise with embracing what is new.

Similarly, new learning can make people feel vulnerable as they let go of what they knew or what they thought was ‘truth’. Initially, people may argue a point, resisting alternative perspectives. Entertaining a contrary point of view to one that is held can be confronting.

Learning takes place when knowledge and understanding are questioned – when we ask, ‘How do we know what we know?’

Embracing and acknowledging vulnerability foremost, and then finding appropriate means of managing such vulnerability, are essential to the management of separation anxiety in all of its forms.
Rather than being a weakness, managing vulnerability helps to create self-understanding and resilience. In this way a person can be true to themselves and manage transitions and loss effectively.