Information, detection and prevention of diabetes is essential for people of Indian and subcontinent origin, writes TASNEEM ZAVERY 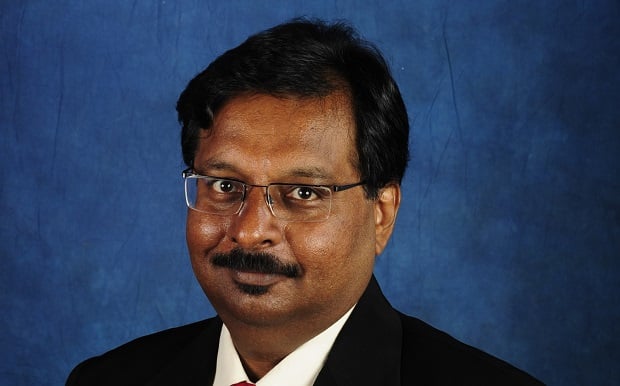 “The chances of developing diabetes may depend on a mix of genetic factors, lifestyle (diet and exercise) and environmental factors. Complications from Diabetes including blindness, amputations, heart attacks and kidney failure are common among Indians,” he adds.

Waichal is now 63, and was diagnosed with diabetes at just 33. She never had a sweet tooth, but was genetically pre-disposed to this disease, having lost her mother to diabetes. Waichal’s diabetes slowly and gradually increased with time and stress, and she now has to follow a strictly disciplined diet along with insulin injections four times a day.

Akbar (66) was diagnosed with Type 2 Diabetes in 2009. Although she did restrict fatty and sugary food groups from her diet, she too inherited this disease. She too, lost her mother to diabetes and by following a strict daily diet, Akbar has not needed insulin injections.

So what is diabetes?

“There are principally two types of Diabetes – Type 1 and Type 2. The risk factors are different for both of them,” explains Dr Sangla. “A third variety is secondary diabetes where the pancreas has become completely dysfunctional due to disease or illness, or may have been surgically removed. There is a genetically inherited type of diabetes in children. All types can occur at any age”.

Type 1 diabetes develops when the insulin-producing cells in the pancreas have been destroyed. No one knows for certain why these cells have been damaged. It is rare in Indians. Type 2 diabetes usually appears in middle-aged or older people, although more frequently it is being diagnosed in younger overweight people (especially Indian children). Type 2 diabetes occurs when the body is not making enough insulin, or the insulin it is making is not being used properly. The risk of developing Type 2 diabetes can be reduced by changes in lifestyle.

After losing her nani (grandmother) to diabetes and her mother affected by this disease, fifth generation Fijian-born Heena Akbar realised there was not enough information and awareness provided on diabetes among communities. Currently a PhD student at Queensland University of Technology (QUT) 42-year-old Heena was recently provided with funding from Diabetes Queensland and QUT to study ‘the management of diabetes by women from Fiji who are now in Brisbane regardless of their ethnicity/ race. Indians, Fijian, Chinese, Polynesians and other groups all have a high incidence of Type 2 diabetes.’

“Diabetes is the world’s sixth megatrend! Over the years our lifestyle has become sedentary, we have less time and no physical activity,” says Heena. “We are moving into an era of modernisation and because of our change in habits, diabetes and cardiovascular diseases are common causes of death. It is a fact that Indians and Asians are prone to Type 2 diabetes due to pre-history of diabetes in the family,” claims Heena, who comes from an Indian-Afghan and Nepali background.

Commenting on the research grant given, Michelle Trute, CEO Diabetes Queensland says, “Type 2 diabetes is the world’s fastest growing chronic disease and the situation in Queensland is no different. The aim of the research grants is to help inform sufferers about the direction of Queensland’s health system which includes having the right structures and systems in place to manage the complications related to all types of diabetes, so that they are tailored to the needs of individual communities”.

“This is the reason we were extremely pleased to be able to provide Heena Akbar with $30,000 funding through Diabetes Queensland’s annual PhD scholarship to study the impact of Type 2 diabetes on Fijian women living in Australia,” she adds.

Echoing similar thoughts on research on diabetes, Dr Sangla says, “Research in diabetes, obesity and chronic disease within culturally and linguistically diverse communities is very important. These high risk communities of various ethnicities will benefit from research which identifies key issues relevant to their physical, mental and social well-being. Hopefully this will then help identify solutions which are culturally and traditionally appropriate to their living”.

“The objective of the PhD research is to gain a better understanding of migrant women from Fiji of all ethnic backgrounds living in Brisbane, in managing Type 2 diabetes,” explains Heena. “This will be done through communication which will include talking to elders/leaders of the community, conducting interviews and focus groups with health providers and women with family who have diabetes. Through my research I will be able to draw an analysis, develop interventions and programs tailored specifically to fill gaps and address issues thus in helping and assisting people affected by diabetes,” she adds.

So who is at risk?

“Obese children are at high risk of diabetes, hypertension, heart attacks and hypercholesterolemia,” Dr Sangla explains. “Get them screened when young. These are no longer illnesses only of the elderly”.

If you have a family history of diabetes or are overweight, get screened. If the initial screening is normal, it doesn’t mean you are safe forever and can’t get diabetes. Get screened regularly, especially if the risk factors are unchanged and as you get older.

If overweight, get screened for diabetes prior to pregnancy.

If you have diabetes, control your sugars, cholesterol and blood pressure. Controlling sugars is not enough. Ask your doctor to give you targets levels you need to achieve.

Some of the risk factors for diabetes

For Type 1 diabetes (on average)

For Type 2 diabetes (on average)

Type 2 diabetes is up to six times more common in people of Indian descent.

According to the Health Survey for England 2004, doctor-diagnosed diabetes is almost three times as prevalent in Indian men compared with men in the general population.

Among women, diabetes is two-and-a-half times as likely in Indian women, compared with women in the general population.

Be water safe this summer