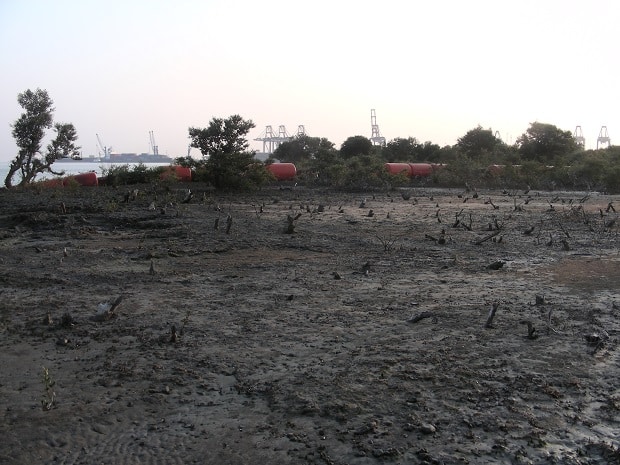 Indian giant Adani Group’s plans for the $16 billion Carmichael Coal Project, the largest in Australia, has stirred up environmental groups in India and Australia.

Founder of India’s Conservation Action Trust, Debi Goenka recently travelled to Queensland to file legal objections to the approval of this coal mine on behalf of the Indian community. This is the first time that a case has been filed by an overseas party objecting to a coal mine in Australia.

The Adani Group’s foray into Australia began in 2010 with the purchase of the Carmichael Coal Mine in the Galilee Basin of Central Queensland and the port of Abbot Point in North Queensland. Their aim was to operate on a vertically integrated model – the coal from the Carmichael Mine would be transported by rail to Abbot Point, and then exported to India and other offshore markets.

Australian federal and state governments have both approved the Galilee Basin project. At capacity, this mine will produce 60 million tonnes of steaming coal every year, with a predicted lifespan of 60 to 90 years. Most of this coal is destined for India. Instead of supporting India in building its renewable energy capacity, Australia is trying to be its friend by palming off dirty fuel.

“The livelihoods and health of fishermen, salt panners and small farmers in the port of Mundra, Gujarat, where the Adani coal is headed for, will be ruined,” says Goenka with regard to why he had to take the legal route to stem the influx of coal into India.

Adani claims the high quality imported coal will help to light the lives of 100 million Indians. Studies, however, show the contrary.

According to the Institute for Energy Economics and Financial Analysis in Australia, India will not be able to afford the price of imported coal and it would in fact double the price of electricity.

Other consequences would be inflation, current account deficits and implications for India’s energy security. It is ironic that while coal may meet the energy needs of the rich, it will be the poor, residing around the port, who will suffer.

In 2011, Karnataka state’s Lokayukta, the anti-corruption ombudsman, investigated complaints of profiteering through illegal exports of iron ore. It found that “officials of Port Department, Customs, Police, KSPCB, CRZ, Mines, Local politicians and others are involved in receiving the bribe money from M/s. Adani Enterprises”, and Adani and other mining companies were “found to be actively involved in large scale illegal exports”.

Adani began construction of the port at Mundra in the late 1990s, with commercial operations commencing in 2001. The Indian government asked the Centre of Science and Environment (CSE) to investigate complaints of environmental degradation in Mundra, and a 2013 report found destruction of mangroves, blocking of creeks and disregard for local pollution, among other environmental concerns.

Debi Goenka has been working with GetUp in raising awareness of these issues. He is sceptical about the financial viability of the project and says that it may well be a non-starter. The Queensland government has approved the project, albeit with 190 myriad environmental conditions, as it is relying on it to help turn around its economy.

Goenka rues that destruction of the environment has not been factored into this economic decision making. “Do they realise that many of the jobs will actually go to imported labour from India? That ground water and rivers in the area will be destroyed? Have they considered what will happen to the wild life dependent on water? Or what will happen to the Great Barrier Reef? Or how their approval will affect the poor in Gujarat?”

The legal case lodged pro bono by Environmental Justice Australia on behalf of Goenka, is expected to be heard early next year. The Carmichael project is also slated to begin next year.

While on the one hand India is clamouring for coal to meet its increasing energy needs, Goenka is convinced that India’s energy needs could best be served through renewable energy sources. “Anybody thinking of investing in coal power is living in the past,” he concludes.