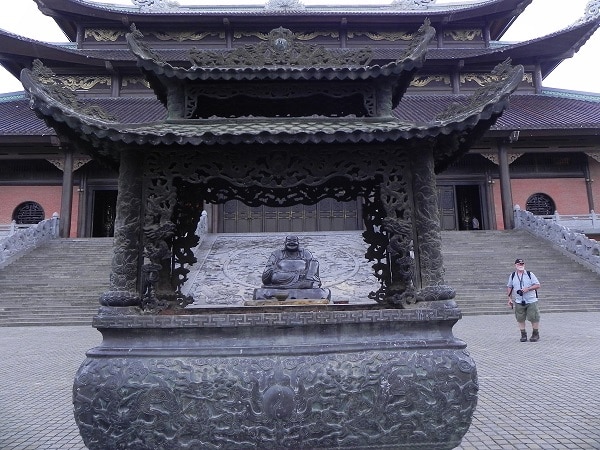 This quote comes to mind every time I visit Vietnam, because it’s almost impossible for any traveller to remain unmoved by the country’s exhilarating sites, lively ambiance and welcoming people. This was no exception when I recently explored four iconic places in the northern part of the S-shaped country.

The gateway to North Vietnam, this city is stamped by many as one of its kind, its commanding feature being the great mix of everything from old and new to rich and poor.

Red flags all around proclaim the presence of communism while SUVs on the streets, high-rise residential condominiums, flashy hotels, glittering shopping malls and daily life flooded with big brands suggest a pleasant paradox.

Hanoi is known for its crowd, chaos and cacophony, but its charms outweigh them with tranquil lakes, parklands, broad tree-lined avenues flanked with weathered colonial buildings, elegant squares, temples, pagodas and cathedrals and one of the best food scenes in the world. 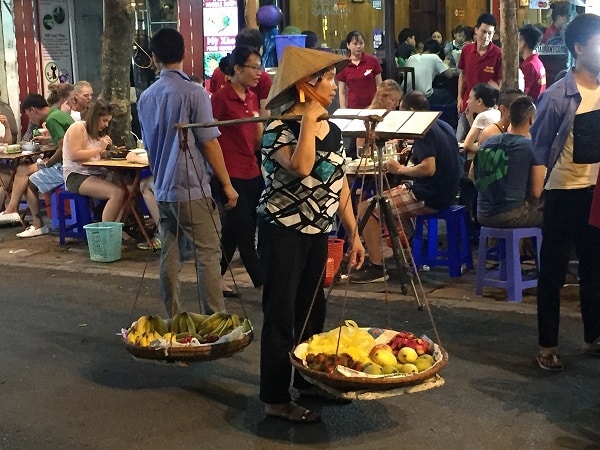 Once a major hub for the French in Indo China, the city today draws attention with memories of national legend Ho Chi Minh. His residence, known as House of Stilts, the mausoleum where his body, like those of fellow comrades Mao and Lenin, lies in a glass coffin, and a museum displaying his memorabilia are all sites of pilgrimage for Vietnamese people and unquestionably the first stop for visitors. 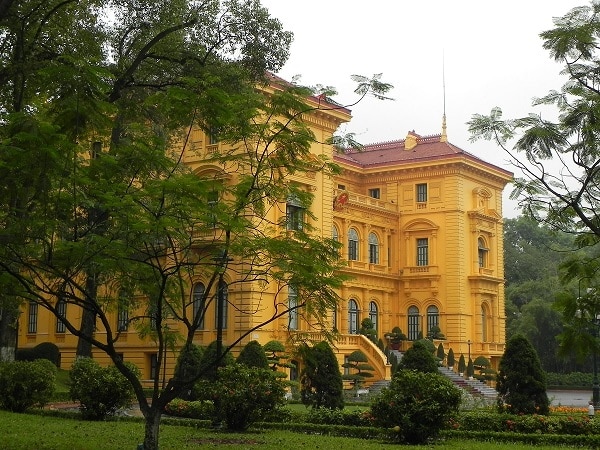 French legacies are evident, mostly coming from the architectural beauty of Beaux style French Presidential Palace, Opera House, St Joseph Cathedral and Sofitel Metropole Hotel, a celebrity among the world’s grandest hotels. And one can’t ignore baguettes, a culinary legacy of the French, which the Vietnamese have included in their menu alongside rice noodle soup and pizza delicacies. 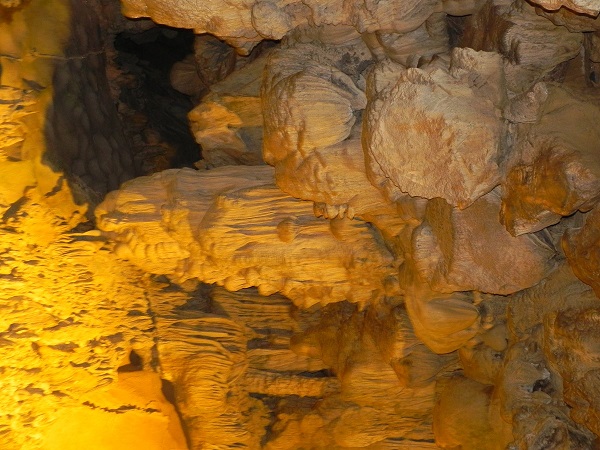 Situated 165 km north-east from Hanoi along the coastline, Ha Long Bay has a plethora of islands and islets of different sizes and shapes rearing out of the emerald waters of the Gulf of Tonkin.

They together create an eye-catching vista of limestone pillars and notches, arches and caves, which are geologically the product of millions of years of chemical process and river erosion working on limestone to produce some outstanding examples of Karst formations in the world. 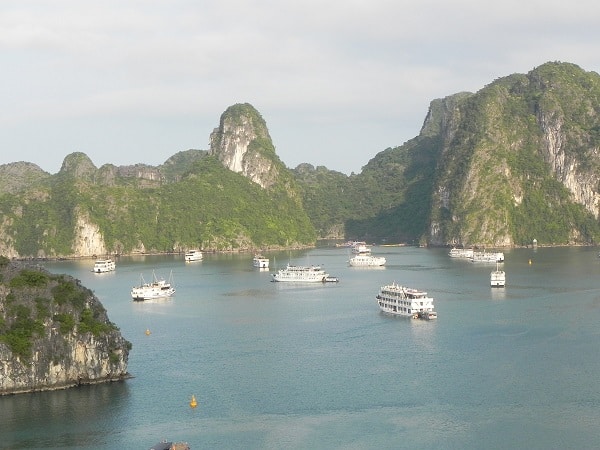 Their clusters never fail to evoke romance and awe for anyone exploring the bay, which is now a UNESCO World Heritage Site and one of Vietnam’s top tourism draws. Options for cruising are varied from a few hours in cosy and comfortable boats to overnight stays in luxury vessels.

Besides the islands, there are some caves around Ha Long Bay, which are wondrously curved with an impressive array of stalactite and stalagmites formations. The most popular is the Sung Sot Cave, nicknamed as the Cave of Surprises because of the awe-struck reaction of visitors when seeing the amazing formations.

Overnight by train or around six hours by road from Hanoi is a hilly region where cooler weather, houses with steep roofs, window shutters and chimneys, and distant views of the Fansipan Mountain evoke some Alpine feelings. Located at a height of about 1500m, it is Vietnam’s escape from the hot and humid weather in the plains. 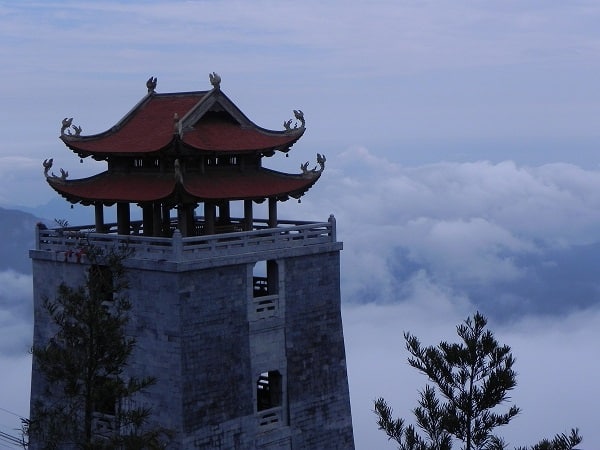 During the French occupation in the early 20th century, the colonisers developed this area as a summer retreat of the elite and punctuated the landscape with French-style buildings, parks and flower beds.

It’s believed that more French than Vietnamese occupied the town then. However, during Vietnam’s war of independence in the early fifties, most of the French-built sites were reduced to ground, what still remains is a 1930-built small church dominating the centre of Sapa town that is filled with contemporary hotels, restaurants and shops for modern day travellers. 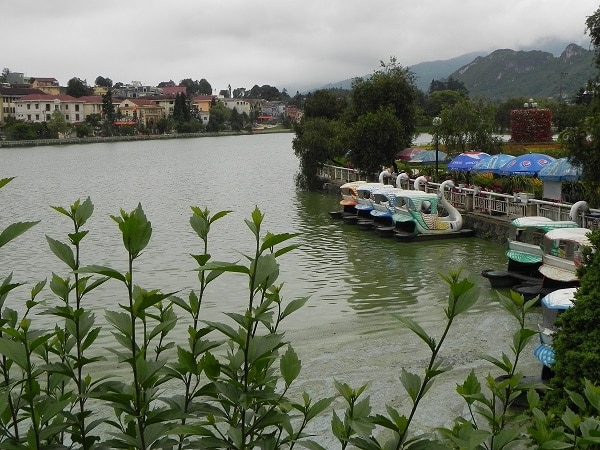 The main drawcard for Sapa visitors is to breathe fresh air, get charmed by nature and feel relaxed. The energetic ones can take on some adventure activities like trekking up to the top of 3143m high Fansipan Mountain, the nation’s highest peak.

Sapa is home to Vietnam’s ethnic tribal population and visiting their villages is a great option to get an insight into a lifestyle that has remained unchanged for centuries. 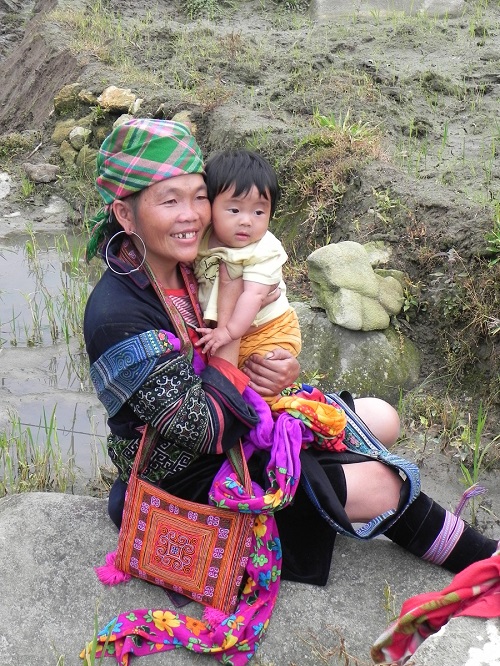 A key attraction of Sapa is the ‘Love Market’ which takes place on Saturday evenings around the town centre. Love is not for sale here, but colourfully dressed young boys and girls from different ethnic groups crowd the venue to socialize and enjoy. They sing, dance and play games and perhaps try to find love for each other.

Marking the most southerly point of northern Vietnam, Ninh Binh, located 90km away from Hanoi, is a developing city getting attention on the tourist circuit because of the presence of some fascinating attractions in the vicinity. Bai Dinh Pagoda is perhaps the most significant of them. Built on the site of an ancient pagoda, the complex consisting of old and new temples with large golden Buddha statues inside, is considered as the largest Buddhist shrine in Vietnam. 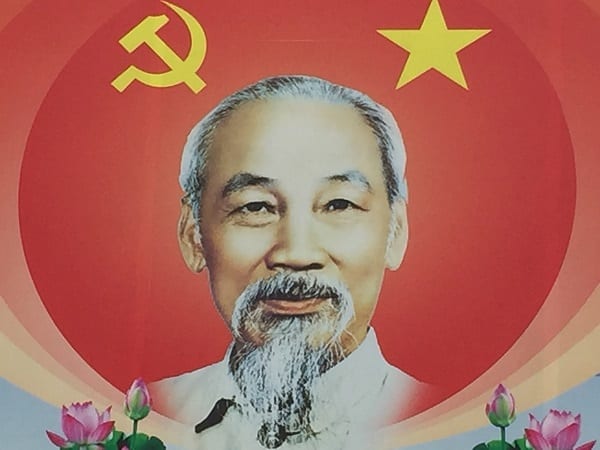 Not far from this spot is the ancient capital Hoa Lu which presents some remains of the fortress and the imperial palace built by the Dinh dynasty about 1,000 years ago. Besides history, spirituality and architecture, what enthuses visitors in this neighbourhood is cruising on a sampan, a waterway which flows through millions of years of geological formations draped in natural rainforests. The experience is often described as an inland version of Ha Long Bay. 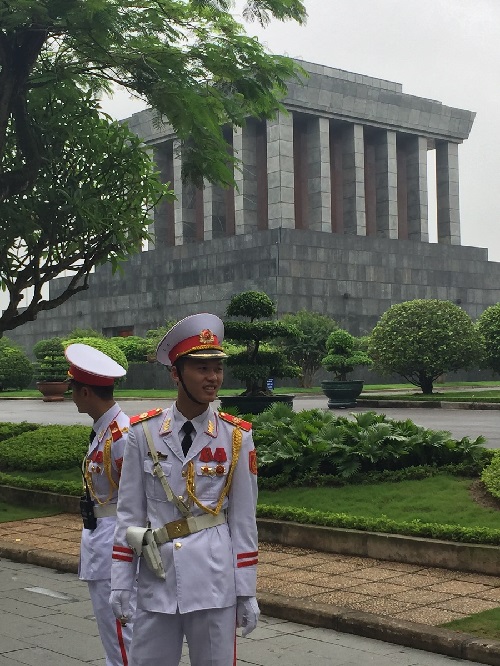 While the big city appeal of Hanoi is conclusive, the authentic charms of northern Vietnam reside in its historic embraces, cultural outlooks and compelling natural landscapes that emerge from the other locations.

Visa: Australian passport holders need visa to enter Vietnam. A 30-day tourist visa can be obtained from Vietnam Embassy (vietnamembassy.org.au) in Canberra or Consulate in Sydney.