Working out the bacon-fish from the sausage animal 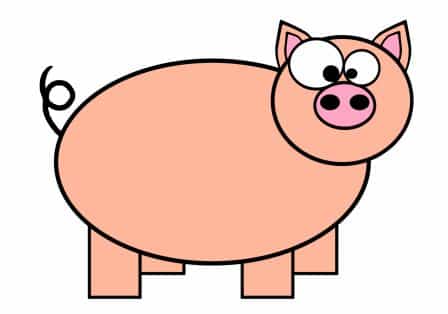 There is virtually nothing I dislike about Australia, but for years the one thing I could not get accustomed to, was Australian cuisine.

I have always been a vegetarian. It was one of those things which was never discussed in the family. Meat was just never cooked in our house, or the houses of those we visited in India. At least, they wouldn’t cook it before us anyway. You don’t miss something you have never had, and no one in my family had ever had meat. Meat-eaters, or “non-vegetarians” were a separate class – and a minority as far as I was concerned. And the concept of eating meat disgusted me, until I came to Australia.

I had some Bengali and Maharashtrian friends who ate a lot of fish, and the Punjabis were fond of their murga-shurgas and kebabs and tikkas. But since most of my friends were Gujratis or Tamils, I pretty much grew up knowing little about food which did not grow from the ground.

Australia was a learning experience. The grazing cows were bred for their meat, not milk. And wool is not the only thing farmers raise sheep for either.

“It’s not just sheep and cows they eat here,” Singh Uncle told my parents at a dinner at our house one night, when we had newly arrived.

“They eat horses, and pigs and snakes and frogs,” he elaborated.

“No, not horses,” interrupted his wife, Singh Aunty. “They use them for their races – especially that big one in Melbourne”.

“And the snakes and frogs were also introduced by the Chinese – you never heard about the British eating them, did you?”

“But, they do eat frogs in France, especially the legs. Quite a delicacy, I’m told”.

This was all very disturbing for my parents, who were hoping the Singhs would refrain from discussing this topic at dinner. I could see dad having trouble swallowing his morsels, while mum was serving more food on their

plates. It’s what she always does when she wants us to shut up, but I don’t think the Singh family knew that. They thought it was silly of us to stick to vegetarianism after moving to Australia, and believed we would start eating

meat by the end of the week. Their family had.

My seven-year-old brother was the only one eating like a pig, oblivious to the discussion about what part of the pig was edible.

Mum joined in at this point, asking what animal was “ham”. There was a disagreement over this. Uncle Singh thought ham meant pig, but Aunty thought pigs were called pork.

My brother wanted to know about flavours. He was still angry at Mum who made him put back the chips packet at Coles because it contained chicken.

“What animal does Coke come from?” he asked and everyone laughed, confusing him even more.

“Coke is vegetarian, stupid; Dad just told you it wasn’t because you were having too much of it,” I whispered to him. Geez, he was so embarrassing in public.

“You stupid,” he said to me aloud. I lifted my leg to kick him hard under the table, then thought of something better.

I complained to mum instead, who told him off sternly. Then I kicked him anyway, just for the sake of it.

Beef came from cows, we learnt from the Singhs, and salami was probably a type of fish. A sausage was the intestine of an animal called sausage. We still hadn’t worked out bacon, when Singh Uncle told us he had had it for breakfast at a posh hotel he once stayed at in Hobart. Since Hobart was known for seafood, we concluded bacon must be a type of fish.

No one knew what animal was killed for a McDonalds burger, but we were warned that chips were cooked in beef oil, and so that place was a no-no.

Needless to say, we could never eat out because we either did not know what we were being served, or we didn’t like what we were given. We also had little money in those days, and even the Indian restaurants served bad food. Plus

my parents liked to convert everything in rupees at the time, which made things too expensive.

My family never did eat meat. After nearly 30 years in Australia, we are still vegetarian. The first year was the hardest, but like I said, you don’t miss something you have never had.

Oh, and did I tell you – the Singh family have turned vegetarian!