It seems as though India’s next big thing in fashion is none other than the leader of the country himself. It’s not his politics making headlines so much as Prime Minister Modi’s fashion sense, which commentators say so accurately represents the cross culture of modern and traditional Indian style.

In fact, according to TIME, the “Modi Kurta” has been trademarked as his signature outfit which, like his politics, adds a contemporary quality to the Indian tradition.

Modi’s kurta is a “shorter, crisper version of the traditional tunic,” TIME wrote. His addition of name-brand accessories signifies the modernity of Western commodities, while still respecting old traditional values of dress.

According to The Wall Street Journal, during a recent visit to Nepal, Modi wore a gold kurta with white leggings, and when visiting a temple in Kathmandu, sported a saffron kurta with a paisley shawl.

A recent significant recognition of Modi’s fashion was during a visit to the US, where Americans acknowledged and embraced the traditional style of Indian culture through Modi’s dress.

“Every time he is seen on camera his awe-inspiring white beard is trimmed and neat, every stitch of clothing is freshly pressed and smooth and all of his colours coordinated just so,” stated an article in Liberty Voice.

The publication also claimed the Indian PM is “clean cut and presentable” and that the colours he wears accurately match the significance of the appearance or event he is attending.

“He will never wear green because it is indicative of the Muslim culture, and tries to wear Hindu orange as much as possible,” stated the article.

Modi’s clothes are all tailored locally in his home state, Gujurat.

However, the “crowning jewels” of Modi’s fashion are his hats, stated the article: “Most of Modi’s votes probably come not from what is within his head but what is on top”. 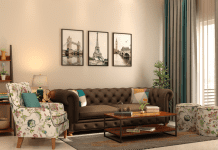 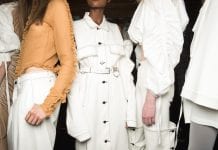 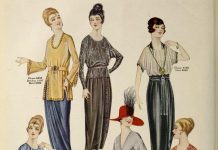 Highlight your strengths, hide your flaws!