Lack of humans, traffic, and noise brings wildlife to India’s towns and cities amid the lockdown 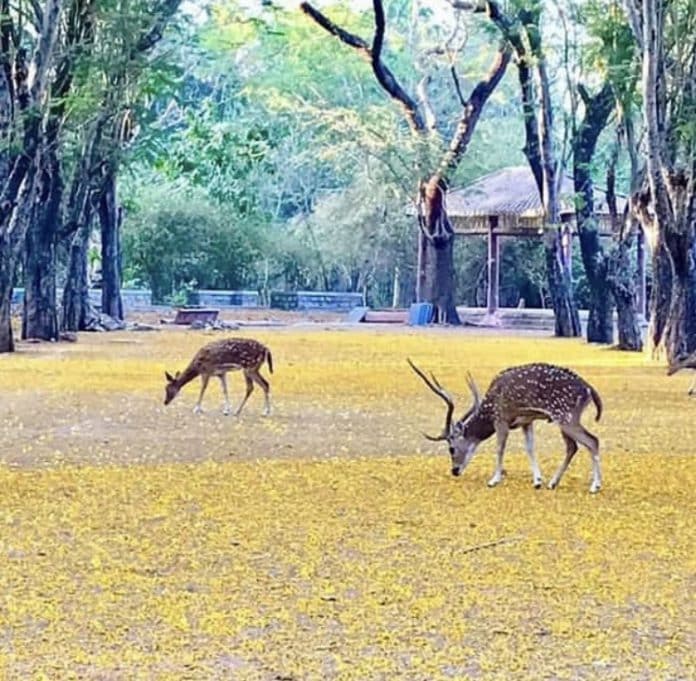 Since the lockdown began on 24th March, people across India have rediscovered an array of fauna living amid all the hustle and bustle of city life.

Many in urban or semi-urban areas have seen and heard of unusual sights right outside their dwellings. Excited folks can only grab their mobiles or cameras and rush to their balconies or windows to fill the excitement of their mostly uneventful days within the confines of their homes.

Scores of videos and pictures of unprecedented sightings of fairly hidden wildlife have emerged from all over India, surprisingly even a concrete jungle like Mumbai.

Residents of an apartment complex in Malabar Hill in south Mumbai were pleasantly surprised to see half a dozen peacocks and peahens casually visiting their complex, perching on parked vehicles and generally enjoying in the locality minus the human hordes.

Mumbaikar Darshan Khatau captured images of dolphins in the Arabian Sea from his flat, while tour operator Kiran Bhoir clicked several dolphins and big fish in Thane Creek near the Panju Island.

Citizens have posted videos of different species of Indian deer, even a whole flock spotted last week on the main roads of Jabalpur, captured on video by Pankaj Barve from his bungalow. Another video shows a young chital prancing in the Bay of Bengal’s refreshing waves on a desolate beach near Puri, Odisha.
A majestic herd of elephants was seen by a family in Coorg, and villagers captured in their videos a lone tusker lumbering on the streets of Wayanad, Kerala.
A biker driving on a road in Dehradun, Uttarakhand was shocked to see an elephant casually strolling on the road, making him abandon his two-wheeler to take refuge behind a tree. Fortunately, the elephant barely noticed him and went his way peacefully, flapping his huge ears. The biker gathered his wits and his vehicle to return home with a wild tale to tell.

Mahesh Baikar, who stepped out to a pharmacy in east Mumbai last week, was left paralysed with fear in his tracks as a leopard crossed the road barely a few metres ahead of him, “I was terrified… I bolted back home and will never step out at night again,” he said.

Nitin Shinde, Sarpanch of Marul-Haveli village in Satara, said he was petrified to see a leopard hiding in his home last week. After a huge effort by the villagers and local forest authorities, they managed to rescue the animal and release it back in the forests.

Wildlife activist Kishore Rithe said forest officials found a full-grown, hungry sloth bear on the prowl, letting out an occasional blood-curdling growl, in Amravati a couple of days ago as the townsfolk slept.

“A lot of wildlife, normally not visible to humans otherwise, has now emerged because of the lockdown, either for hunting, exploring the territories usually crowded by us,” he said. With the lack of humans, traffic, noise and sound pollution, these wild creatures are emboldened to step into the concrete jungle.

Sushil Uke, of Kelshi village in Ratnagiri was amazed to see hundreds of young Olive Ridley turtles crowding the empty shores and laying eggs by the dozens on the beach.

A local youth posted a video of an 8-metre-long python slithering on the Pusad-Washim road, leaving viewers both amused and in awe.

A civet cat was seen on a deserted square in Calicut, Kerala last week, while Anant Joshi found a playful mongoose in his society garden in Mumbai.

In Chandigarh, locals posted a video of a herd of Nilgai moving around without a care near the Punjab and Haryana High Court buildings.

In Mumbai’s national park and hill stations of Matheran (Raigad) and Lonavala (Pune) hundreds of hungry monkeys were seen jumping around desperately for food, something they have been lacking since the lockdown of humans.

The coronavirus has left humans cowering for safety, but at the same time, it has given wildlife the opportunity to ‘reclaim’ space lost to humans over the years.