Neha Madhok on why gender equality is unfinished business 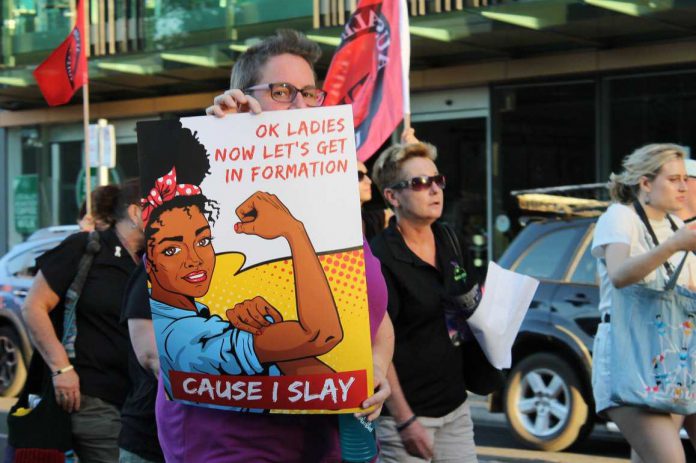 Reading Time: 3 minutesWhen 31-year-old Marilyn Loden was asked to speak at the 1978 Women’s Exposition in New York, she spoke about a glass ceiling; an invisible barrier preventing women from being treated equally.


Sadly, 40 years on this metaphor is still of relevance today as women’s work continues to be undervalued, gender pay gap remains and violence against women and children is prevalent. Indian Link recently spoke to activist Neha Madhok about her work in raising awareness about some of the barriers to gender parity. Neha, who grew up in Sydney, has worked for the union movement to address gender pay gap that exists because of the value society chooses to place in female-dominated industries such as health care, aged care, disability support sector, education and training.
In these industries, women comprise 78.3% of the workforce and are some of the lowest paid workers compared to male-dominated industries such as mining, manufacturing and construction sector.
According to The Australian Human Rights Commission, Australia’s gender pay gap remains at 15.3% which means women take home $253.70 less per week than men simply because the industries they work in are not highly valued. “I don’t believe that I should take on a certain role in society simply because of my gender identity. We live in a patriarchal society that privileges the voices and opinions of men. These men – generally straight white men – are the ones making decisions about women, their access to abortion, contraception and female specific healthcare. They hold the purse strings to funding for domestic violence and rape crisis organisations and it’s clear that their priorities are not in ensuring women have the access we need to essential services,” says Neha.

Would having women in positions of power pose a solution then? “No,” replies Neha. “Women on boards, women as CEOs won’t change many things unless these women are also feminists who are fighting for inclusion of women of colour, working class women, women with disabilities, and LGBTI women. And if they aren’t, then they’re simply perpetuating the current problems.”
But gender pay gap is only one part of the problem. Apart from both paid and unpaid work being undervalued, women experience physical and sexual violence – one in three women in Australia, to be precise. To this, Neha responds, “It makes me angry when I’m talked down to, when I’m expected to put up with regressive expectations, when I am told I have to be careful when I’m walking down the street in case a man targets me.”

“Men aren’t told not to attack or harass women, but we are expected to be ready for it and ready to protect ourselves. I’m tired of double standards,” she adds.
There is no doubt that we have made steady progress over the years. The challenges facing women today differ from those that women faced, say, in the early 1950s. But it’s not enough, not yet. Janelle Weissman, Executive Director of the United Nations Women’s National Committee Australia explains: “We’ve made significant gains, there’s no question about that. But overall, the gains are uneven, and insufficient. Still today, women are locked out of decision-making tables all around the world: less than a quarter of parliamentarians are women.”
“Fundamentally, gender discrimination is still real. Sexist jokes reinforce gender stereotypes and disrespect of women. Men are urged to conform to singularly minded constructs of ‘what it means to be a man’, diminishing their appetite to participate fully in caring for littlies or the elderly – meaning the burden of care still largely rests with women, and this is most everywhere in the world. Being men also in many settings also gives men licence to exert power and control over women,” Weissman concluded.
We may not be able to achieve equal pay overnight but we can start to pay attention to some of the attitudes held about women in our own household. Are women respected and treated equally? Is parental responsibility shared?
It will take all of society to shift its thinking and challenge the discriminatory attitudes to bring about change. Until then, we can expect to find sizeable cracks in the glass ceiling, but hopefully the day isn’t too far before it shatters completely.