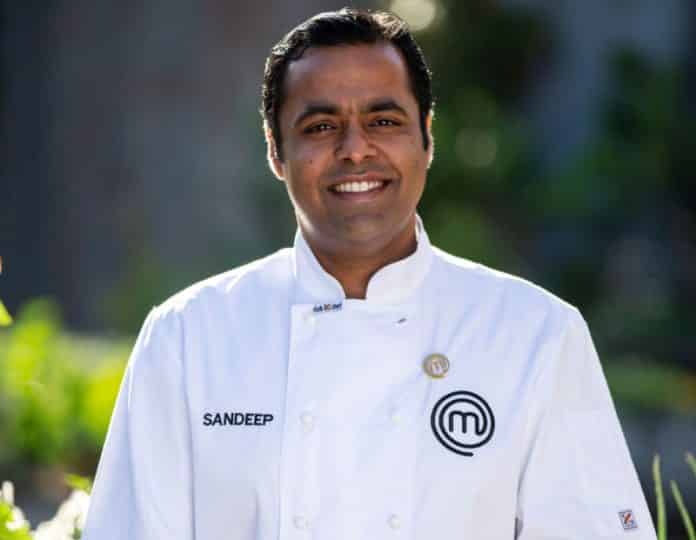 Rick Stein described his Lachcha Paratha as “exquisite”.
“There are angels singing somewhere,” host Gary declared as he took a bite of his Masala Lobster, even as his colleague George yelled “You the man! You the man!”

Sandeep Pandit’s dishes on MasterChef Australia have been touted as some of the best Indian dishes the show has ever seen.
Looking back at his time this year on Australia’s leading reality TV show, the 37-year-old from Kashmir muses that it taught him loads about himself.

“I came out of MasterChef a more confident person – thanks to the tight deadlines, the thinking-on-feet required of contestants, and the stress of it all,” he told Indian Link. “But perhaps more importantly, I realised that I am the source of my own creativity. I have the power to create something (beautiful) that can make a difference.”
Such as when he saw his Mystery Box ingredients, for example. “Nobody in their right mind would cook Indian from there, but I saw basil and tomatoes, and I thought, this could work!” He converted it to a basil lachcha paratha served with a tomato gravy, and Rick Stein, who he holds in great awe, was floored.

“That is my favourite moment from the show,” Sandeep beamed.

Clearly he rates it higher than the perfect score of 30 for his Lemon Rice and Lemon Pepper Chicken which won him an Immunity Pin.
Surprisingly, he was never in an elimination round. Yet his last cook on the show could have been better. (Interestingly, his fateful choice, kheer, is something his compatriots typically cook as an auspicious offering, or a celebratory sweet.) Sandeep apologised profusely for letting his supporters down, but put it all down to a back injury. “I was heavily medicated at that point, and was just not focussed. Mind and body were not at tandem for such a fierce competition.”

The Melbourne-based IT professional has been a fan of the show since before he arrived in Australia in 2016, but he has cooking since childhood, he revealed. As an eight-year-old in 1989, his family were forced to flee the militancy in Jammu and Kashmir. He choked up as he recalled being boarded on to a truck in Srinagar, with his parents following behind on a scooter. Starting a new life from scratch in Bangalore with meagre means, required him to help his mother in the kitchen, and that’s where he found his passion.
“My grandmother tried a lot to kick me out of the kitchen, but once she figured I wanted to stay, she began sharing little tidbits about food.”
The family kitchen is perhaps where Sandeep learned also about the divinity of food and the spirituality of cooking. His conversation is littered with references to his mum and both grandmothers as his real idols when it comes to cooking, even though he lists celebrity Indian chef Sanjeev Kapoor and writer Jiggs Kalra who passed away recently, as inspirations.

There’s no doubt that family is a big deal for Sandeep. It’s not surprising then that he gave his MasterChef colleagues the same accord.
Recounting the time inside the MasterChef house, Sandeep talked of looking forward to dinner time as there was always somebody trying something new. He shared a particularly close bond with Tati, who he considers a sister. On the day he exited the show, he had said, “If I get to stay in the show at the cost of Tati getting out, I’d rather be eliminated.” About other contestants, he admired how strong a contestant Tessa has been, and revealed that Dee would have been tough competition had she stayed on.

The anecdotes from the MasterChef kitchen continued as he spoke about singing Hindi songs to relax, and nobody understood what he was singing. “Nushi (Anushka) once asked me whether I know the song Jimmy Jimmy Aaja Aaja…and I said of course, Nushi!” he laughed.
Singing is another pet passion for Sandeep, who tried out for Indian Idol 2007 (yes, he could tell you a thing or two about the differences in reality shows on Indian and Australian TV).
Was reel life different from real life?
“After a time you forget there’s a camera around you. You are conscious for 3-4 days but then you just get used to it. So, the stuff that you saw, like the judges barging in and announcing something, was real. We never knew what was in store for us till we got to set.”

No prizes for guessing who his favourite judge is. “Gary has play a very important role in bringing Indian cuisine to the forefront,” he observed. “On a personal front, he encouraged me a lot as I battled my back problem.”
Asked whether it’s time we had a woman host, Sandeep noted that Billy and Poh almost co-host the show. “Gender doesn’t matter, as long as the hosts have a demonstrated passion for, and devotion to, the art of cooking.”
Looking to the future, Sandeep discussed his plans for an upcoming website which would be a collection of authentic Kashmiri recipes, as well as introducing his own line of garam masala and blended spices. (“Indian cuisine is such that every dish has a set recipe. But the garam masala is something that differs in every household and it really makes the difference!”) He is also looking for collaborations to host pop-ups across Australia and work on travel and food shows like Netflix’s Street Food or Raja, Rasoi Aur Anya Kahaniya. Plans are in the pipeline also for a restaurant Barbeque and Biryani in Melbourne.

UP CLOSE AND PERSONAL WITH SANDEEP PANDIT
Immunity pin or cook for Nigella: Immunity pin
One dish that you’re terrified of cooking: Beef
Favourite dishes to cook for family: For my son, chicken cooked on coals; for Mum, Muji chatin, a Kashmiri dish of Mooli ki chutney; my wife’s favourite dish is anything I cook!
Comfort food: Dal chawal/ Rasam rice.
Judging Indian MasterChef or winning Indian Idol: Judging Indian Masterchef.
Biggest inspiration: Myself, as I learn from my mistakes, and both my divangat (late) grandmothers.
That one dish you want ready for you when you get back home to India: Tahaer, which is Kashmiri peelay chawal, cooked with mustard oil and spicy potato curry without onions, garlic or tomatoes. I cooked it for the audition on MasterChef.
Three people you’d like to cook for: The late Dr. Abdul Kalam, India’s former President (I’d like to cook him his favourite Dum Aloo); and both my grandmothers (I’d cook something traditionally Kashmiri for them, like Roganjosh and Yakhni). 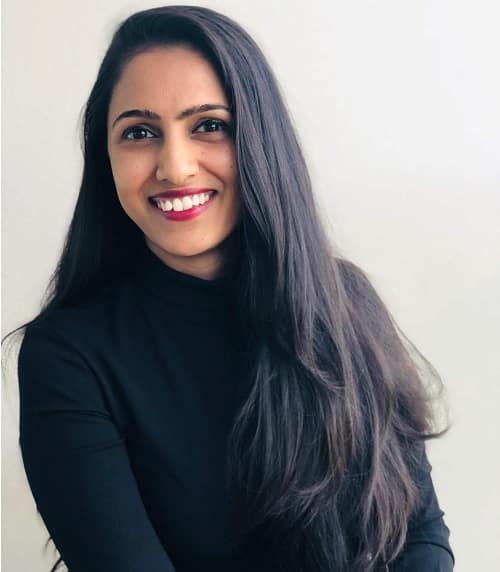 Suruchi Sehgal
A new Sydneysider, Suruchi is a stationery junkie, who loves to dabble with writing, aerial gymnastics and dancing. Her new found love is cooking and she tweets as @mellowsunshine