Leading the way out of COVID-19 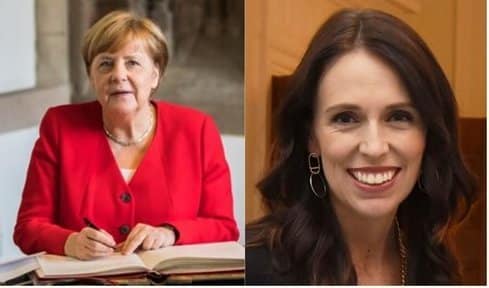 Leadership (or the lack thereof) has been thrust under the spotlight during the ongoing COVID-19 pandemic. As we go to print, 4,186,000 people globally have been struck by this disease with 286,000 deaths, and the leaders of nations have either used this tragedy to reunite their population, or sadly, divide them.

President Trump’s messaging has not only been confusing but bizarre. The comic-tragic comment of injecting disinfectant was a sad moment for America. The President’s messaging during this whole affair has been rambling at best, deranged at worst. To date Trump has expressed no sympathy for the 81,500 who have died in the US alone, almost a third of global deaths. One fears the most powerful military nation in the world will hold a sad record in this area.

Contrasting the messaging to what we in Australia have experienced, we could consider ourselves lucky that our leadership has served us well. Perhaps in the future, the lament might well be made that PM Morrison and the State premiers could have done it better, but we must remind ourselves that it was – and is – a rapidly evolving situation. Decisions had to be taken with not only the facts at hand but also looking to the future, with a best-guess scenario. Decisions were made and communicated well to the Australian community, at both national as well as state levels. Premiers Berejiklian and Andrews set aside their political colours and as premiers of the two most influential Australian states got their messaging out well.

Unfortunately, Labor Senator Kristina Keneally was totally off message when she called for temporary migration to Australia to be reduced to ensure that Australians get a fair go and first go at jobs. This, when there is backlash against Chinese-Australians due to the origin of Covid 19. The Senator’s wolf-whistling and lack of awareness as to the contributions which migrants make to this country of migrants, left us shaking our heads.

In India, the Prime Minister has largely been on-message, invoking religion and mythology in this fight against the virus. Whether blowing of conch shells or clapping or lighting lamps, the simple messages did cut through. What could have helped more is an earlier announcement by the Central Government for the care of millions of poor, migrant workers left abandoned with the suddenness of the lockdown.

The full accolades for leadership messaging though, has to be shared by five women leaders in the world who have been hailed as the voices of reason surrounded by the chaos of the coronavirus.

New Zealand Prime Minister Jacinda Ardern led with empathy and firmness; Germany’s Angela Merkel appealed to the sensibility and responsibility of the German people; Silveria Jacobs of the Caribbean nation Sint Maarten, just said, “Simply. Stop. Moving” and got her message out.

When Norwegian Prime Minister Erna Solberg communicated, she messaged the young people of her country, acknowledging that it is ok to be scared. Her empathy won her the support of her people.

Iceland’s Prime Minister Katrín Jakobsdóttir worked closely with the private sector in early testing of those willing and so was able to isolate those effected from the community at large.

All five female leaders took decisive steps to shield their citizens and are role models for other global leaders in these uncertain times.