How India has coped so far, and what the future looks like at this point in time 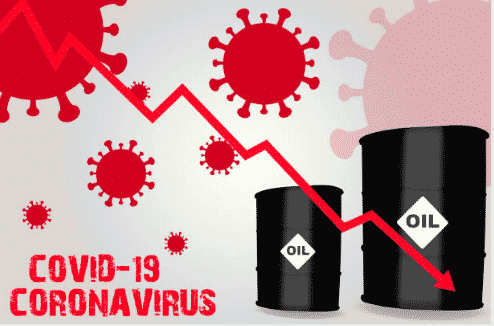 The United States and India, it has been claimed, will be the bell weather countries against the fight against Covid 19.

Between the two, the world’s largest democracies, we have about a fifth or 20% of the world’s population. India’s population of 1.3 billion has too often been promoted as a positive for economic growth, but this population now needs to get through a looming pandemic safely.

The Spanish flu of 1918 killed about 12 million Indians, which was 4% of the 300 million strong world population then. A 4 % number now, with 1.3 billion will mean 52 million people dead. But note the world has come a long way since 1918 – there are the obvious advancements in medicine; India is self-governed rather than under a brutal British Raj, and people are vastly better educated. On the flip side though, the population is much more densely packed across the country, with mass migration from the villages to towns over the last 30 years not helping either.

Civilians are the key in this battle, and the good thing is that PM Modi has recognised that the warriors for the fight against COVID 19 are the public themselves.

PM Modi’s leadership has been strong: he has been leading from the front, even though there are a few things he could have got better (the migrants issue for example continues unabated). A master of messaging and symbolism, his early call to the first lockdown won him appreciation the world over: it was a choice he said, of 21 days in lockdown vs 21 years of going backwards.

He invoked Indian traditions and religious myths to motivate the 1.3 billion people in this fight.

The first full day mass quarantine on Sunday 22 March concluded with a mass clap and blowing of conch shells across the nation, overtly to praise the heath care workers, but perhaps covertly, for neighbours to become aware that the whole community is in it together.

Then a longer quarantine lockdown was announced, which concluded on 14April. Mid-way through this quarantining of 1.3 billion people, on Sunday 5April, PM Modi asked all to come out of their homes (while practicing social distancing) to light a candle, invoking the Diwali tradition where light triumphs over darkness.

Now, India is in lockdown till 3 May and what the government does after this will depend on what happens in the next two weeks.

While the task of fighting COVID 19 in India is enormous, India does have a tradition of surprising sceptics.

It vaccinates millions of children annually against polio in door-to-door services (170 million at the last iteration alone). It brings millions to the hustings at each general election peacefully: over 600 million people voted in last year’s election held in seven phases over five weeks. Over 100 million pilgrims gather at the Kumbh Mela in a religious event regularly with no stampedes or heath scares.

India works best in “mission mode” with its usual deadlines and targets.

Financially, while the economy will be adversely affected like elsewhere, an unexpected boost to the government coffers will be the sharp fall in oil prices due to the ongoing oil war between Russia and Saudi Arabia and decreased demand globally. India imports upto 86% from overseas to meet its oil requirements. If the current oil prices remain at these low levels, there could be a potential saving of upto US$60 billion this year. This can go a long way in boosting post COVID-19 recovery efforts.

So, granted, danger exists that the situation in India can get nasty quickly, but we’ll hope for the best, prepare for the worst and be unsurprised for anything in between.