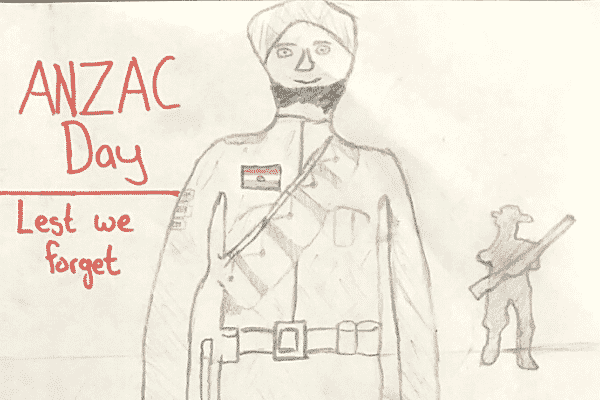 Kids may learn about ANZAC Day in school during lessons and remembrance ceremonies, but do they truly realise the importance of this day of remembrance? Yes, they do.

Take a look at how these youngsters acknowledge the soldiers who fought and died during World War I and honour their sacrifice through art, poetry and prose. 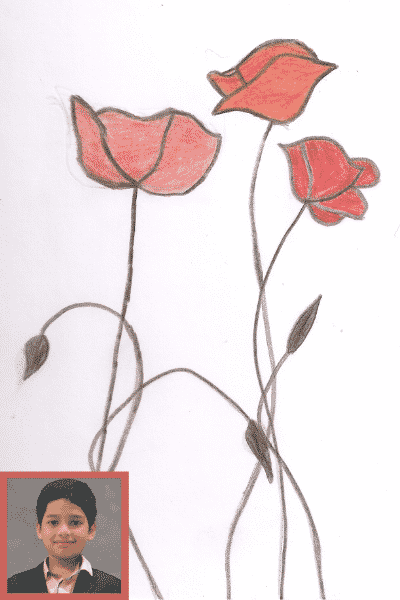 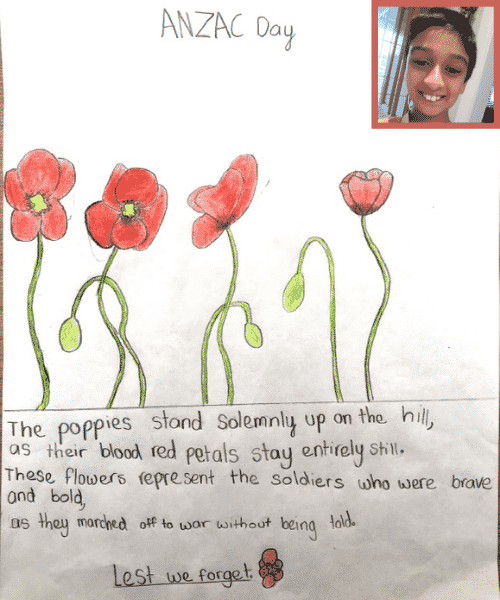 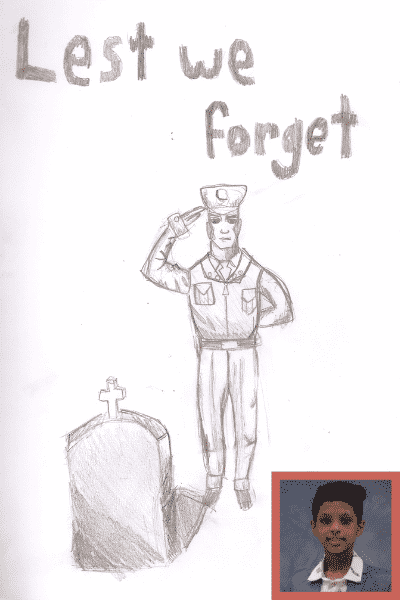 “106 years ago, when the Anzacs fought at Gallipoli, the Anzacs were supported by the forgotten 16,000 indian soldiers, who helped fight against the Turks. The brave Indian soldiers supplied vital food, water and ammunition to the Anzacs during the heavy fire, which helped the Anzacs fight on,” Abhinav writes. 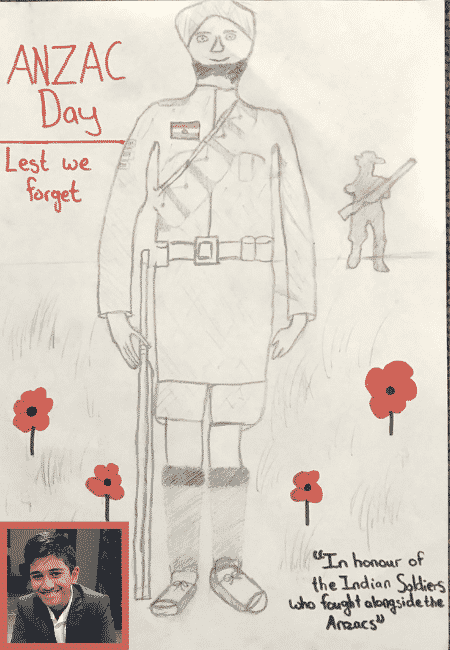 Yesterday proved a challenge for me. This battle at Lone Pine has been hell; indeed from the 25th of April this whole journey they call the Gallipoli campaign has been godforsaken. Australian and New Zealander soldiers dead before they even reached the sand; the water dyed red like poppies. I think it’s the nights that are the hardest. War favours darkness – it’s when we’re most vulnerable to attack. Luckily, we’ve had some help from an unexpected source, the 29th Indian Infantry Brigade. The Brigade have shown themselves to be of the highest class. Arriving at our own Anzac Cove just 5 days ago, they have constantly been engaged in combat. I don’t think they know when (or if) they’ll be given a night of rest. From what I’ve seen while working with them, there is a strong work ethic – their immediate response to the call of duty is something I have seldom seen before.

Just yesterday this was proven to me more than ever. Under intense rifle and machine gun fire, myself and several other soldiers were ordered to halt the enemy advance. This meant going out onto the parapet and advising those in the trenches where to throw their bombs. All this was done whilst under constant sniper fire. Some say that my actions will bring me a Victoria Cross, however I wish to commend the service of the Indian soldiers during this situation in my own personal diary. It was with the assistance of their specific mission, to take over a part of the left assaulting column, that we were able to subdue the enemy. Their actions allowed us to work together to achieve the same overall goal. We weren’t separate forces by then – we were one unit.

One man, in particular, I wish to write about is Gunner Karam Singh. He continued to relay fire orders from his own OP officer long after he had been hit in the face by shrapnel. It was an injury that would leave him permanently blinded in one eye. I have no doubt that he was by far the most courageous gunner on Hill 60. It takes a special man from a special type of military to have that much faith in his officers, and I one day hope to see such trust in our own Australian ranks.

On this day, I know not when this campaign will end. I’m simply here to fight for my country and what it stands for. That means doing whatever it takes to win this war. However, these past few days have shown me something I did not expect to see. They have allowed me to see a military structure developed off a deep trust and strong moral code. The Johnnies in Gallipoli will no doubt be remembered with great affection and high regard. It’s been a true honour to have them work with us.