Indian govt revokes Article 370, Jammu and Kashmir to be a Union Territory 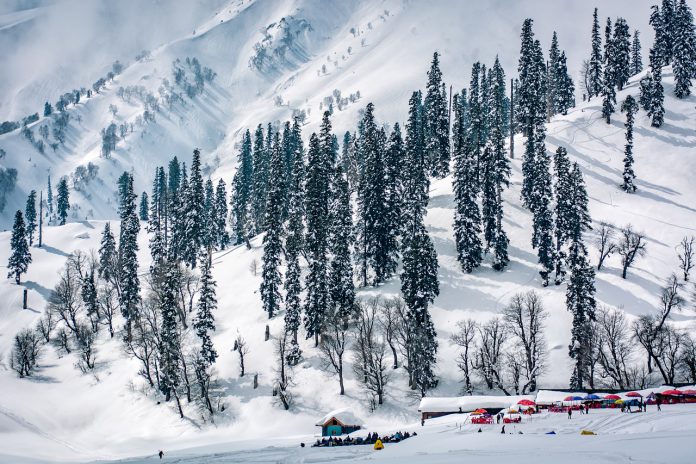 Reading Time: 2 minutesAmid an unprecedented lockdown and flaring tensions in Jammu and Kashmir, as uncertainty looms large over a build-up of troops in the valley, the Cabinet Committee on Security (CCS) just concluded their hour-long meeting and has decided to revoke Article 370 granting special status to Jammu and Kashmir.
The government has also taken the massive decision to split the state into two Union territories – Jammu and Kashmir, which will have a legislature, and Ladakh, which will be without a legislature.

Prime Minister Narendra Modi, Home Minister Amit Shah and National Security Advisor Ajit Doval met at the PM’s residence.
This meeting was preceded by another meeting that started an hour earlier in which Law Minister Ravi Shankar Prasad was also present. The CCS meeting that included Finance Minister Nirmala Sitharaman and External Affairs Minister S. Jaishankar and Defence Minister Rajnath Singh lasted for 40 minutes.
The meeting comes after political leaders in Jammu and Kashmir including former Chief Ministers Omar Abdullah, Mehbooba Mufti and Jammu and Kashmir People’s Conference chairman Sajad Lone, were placed under house arrest as strict restrictions were imposed in the Kashmir Valley from early Monday morning.
The state administration has also imposed Section 144 in Srinagar, as well as in Jammu, while mobile Internet services have also been suspended.

Peoples Democratic Party (PDP) leader Mehbooba Mufti on Monday described the Modi government’s decision to scrap Article 370 of the Constitution as “the darkest day in Indian democracy”.
“(The) Decision of J&K leadership to reject 2 nation theory in 1947 & align with India has backfired. Unilateral decision of GOI to scrap Article 370 is illegal & unconstitutional which will make India an occupational force in J&K,” the former Chief Minister tweeted.
“It will have catastrophic consequences for the subcontinent. GOI’s intentions are clear. They want the territory of J&K by terrorising its people. India has failed Kashmir in keeping its promises,” she said.

Union Home Minister Amit Shah earlier proposed in the Rajya Sabha to revoke Article 370 of the Constitution in Jammu and Kashmir, ending the special status to the state. Shah moved the amendment amid uproar by opposition members.
Shah said, “I am presenting the resolution to revoke Article 370 in Jammu and Kashmir except the first clause 370 (1).”
Following his speech amid bedlam, the House was adjourned.
IANS