A mother and son duo in India adopt two koalas affected by the bushfires. 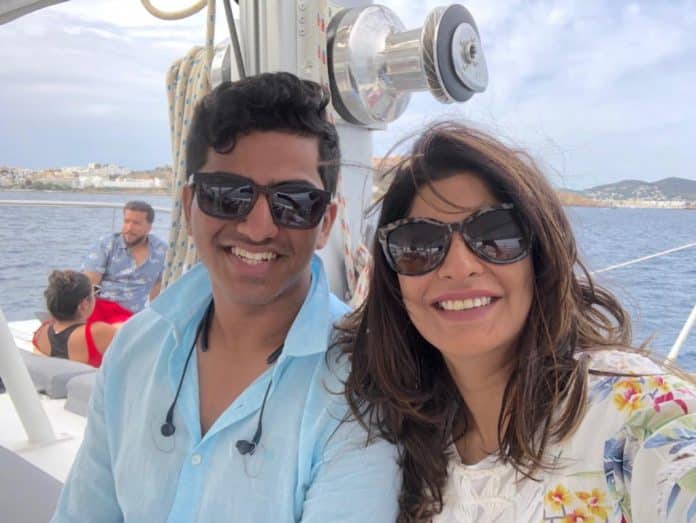 Sanjeevitha Bhagwat and her son Rahul, of Hyderabad, India, are but two of the many thousands of people across the world who have chosen to stand with Australia during these difficult bushfire-ravaged times.

Sanjeevitha and Rahul have each adopted a sick koala at the Koala Hospital Port Macquarie. It may be a while before they have the opportunity to visit their furry, tree-climbing kin. In the meantime, a story of love and humanity has been written.

“My heart really went out to her as I read through her story on the adoption website,” Sanjeevitha told Indian Link. “She was discovered as a tiny orphaned joey. As if the tragedy of losing her mother wasn’t enough, it was soon discovered that she is blind.” 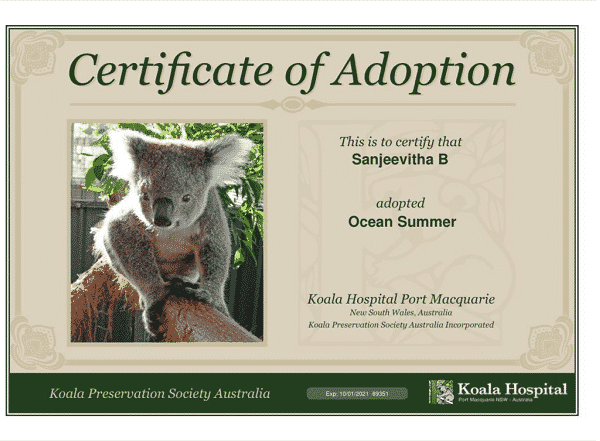 Rahul chose to adopt a little Koala named LINR Paul. Paul was found curled up at the base of a burning tree – severely dehydrated, with his hands, feet and 90% of his body singed by the raging flames.

An estimated 1.25 billion native animals have perished in the inferno. Thousands are left homeless and maimed. The fabled Phoenix hasn’t yet risen from the ashes of Australia’s fires. However, what we have witnessed is a coming together of people from all over the world amidst this unprecedented tragedy.

READ ALSO: A retirement home for cows: The New Govardhana Farm in NSW 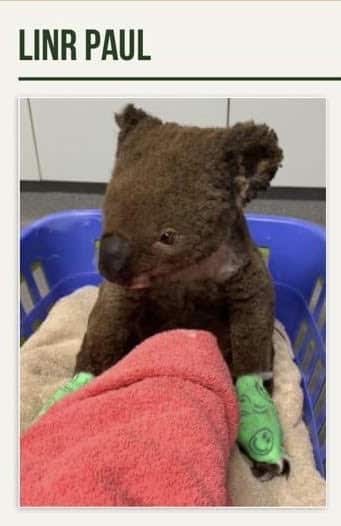 The long arm of compassion unwaveringly does its job – even as the losses continue to stack up and the country is left gasping for breath in more ways than one. Millions upon millions of dollars steadily roll in and multiple good-will initiatives continue to spring up in a bid to support the victims – humans and animals alike.

One such initiative is the koala adoption program run by the Koala Hospital Port Macquarie – allowing anyone from anywhere to adopt a koala, thus covering for its rehabilitation, care and needs at the NSW hospital. Sanjeevitha, a successful restaurateur and interior designer, shares that she has always had a keen love for animals – a love that is also shared by her son Rahul. Their home in India is a reflection of their soft spot for animals, with pets ranging from the traditional dog and cat to a snake and a pond full of rare carp.

“Climate change is a real issue and it’s especially sad to think about the number of animals suffering because we have failed, as a people, to care for our planet,” lamented Sanjeevitha.

While her love for animals is evident, one simply had to ask what made her choose to adopt a koala that lives all the way across the world.

“I think with the current environmental crisis, the whole world needs to pull together,” she replied. “It’s no longer a regional problem. I just want to do my bit to help.”

In a world that has become a global village in so many ways, it is an absolute joy to see an individual display a sense of global citizenship – embracing not just the people but also the animals from across the oceans. There are many that say we are better together. Then there are those that show us how we are better together. Sometimes, being better together simply means that you are the reason a singed, traumatised and bandaged little koala can snuggle safely within a blanket, with a full belly, and know that all is well.