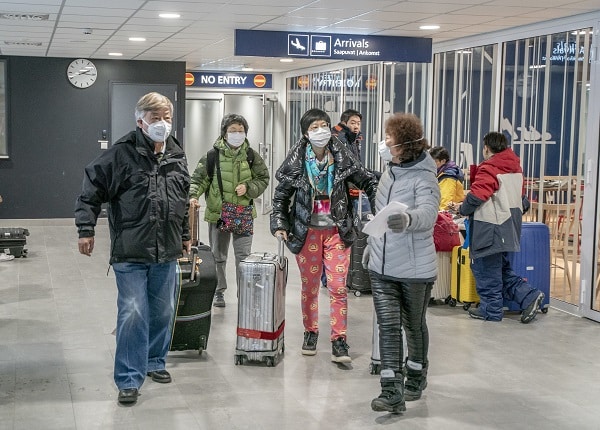 With Chinese travel restrictions set following the recent corona virus epidemic, concerns have been raised by Australia’s tourism industry about a potential revenue loss of one billion dollars.

Following the novel coronavirus (2019-nCoV) outbreak, the Department of Home Affairs announced in late January that Australia will deny entry to anyone who has left or transited
mainland China from 1 February.

Mainland Chinese travellers who managed to reach Australia from 1 February 2020 have had their visas cancelled and have been placed in a detention area for quarantine.
The travel advisory to China currently stands at Level 4 – Do Not Travel – and includes travel to all of mainland China. Travel operators have already begun to feel the crunch.

Simrranjit Siingh of the Sydney-based Fortune World Travel told Indian Link, “With cancelled operations, passengers who had booked have been affected already. The advisory against travel is until 29 March so until then we will feel the impact for sure.”

He added, “The travel industry is usually the first to feel an immediate impact by issues such as communicable diseases or terrorism. With China involved, it is even more impactful, given they are a huge market in our industry. The China-US trade wars alone saw IATA projections down 25-30%. In recent weeks, we’ve seen the Chinese New Year traffic affected.”

Sudhir Warrier, Executive Chairman of the Australian Cruise Group, a major Sydney-based travel business, agrees there are there are significant concerns at this point.

“The impact I believe could last upwards of three months,” he told Indian Link. “In fact I think it has been underplayed for two reasons: one, the travel ban could be extended, and two, no one in China is booking a holiday currently. With this double effect, it will be some time before we regain momentum.”

“Travel is down from other countries like Japan and Korea as well,” he noted. “There’s a level of paranoia. Other destinations within the country such as Cairns that don’t see much domestic travellers will be severely impacted.”

“My other concern is for the huge logistical infrastructure in our industry; the travel buses, the tour guides, the support staff, the supply chains – there will be significant disruption there.”

That the coronavirus has come on top of the bushfire crisis has been an added worry for the travel industry.

Simrranjit Siingh observed, “With the bushfires, we could influence the consumer by saying you won’t be travelling to the interior. But when there’s a global health issue, travellers are rightfully wary, no one wants to risk it. To have had such a bad start to the year, the next six months will be difficult.”

Luckily, he notes that there’s been no change in passengers coming inward from India. As well, the T20 World Cup is round the corner, and there are hopes from there.

The government has announced that the travel ban will be reviewed soon. Extension of the ban is subject to the advice of medical professionals.

Latest reports show that 12 cases of coronavirus have been confirmed in Australia.