Home Arts Food of the gods

Setting the backdrop to The Kitchen, here’s an introduction to the traditions behind the preparation and consumption of the Indian-style porridge, payasam 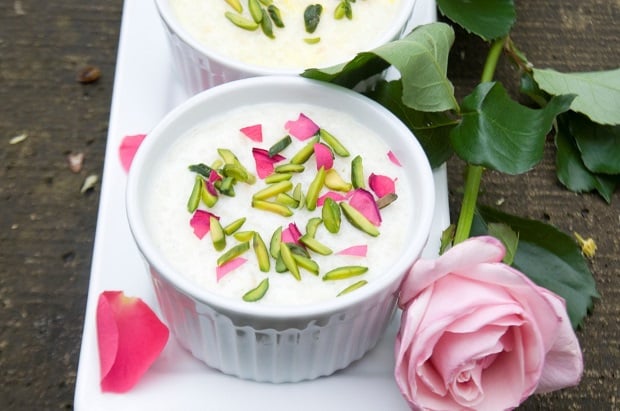 It is a little taste of heaven, simple and wholesome, but no less decadent. A time-honoured tradition with profound spiritual significance, the payasam is a pan-Hindu dish that is as old as the culture itself with innumerable regional variations. Deriving from the word peeyusham (nectar or ambrosia), it is also more commonly known as kheer in Hindi and Punjabi (tracing its roots to Sanskrit ksheera), khiri in Odiya, payosh in eastern regions and paayasam in the south.

Traditionally prepared as an offering to the gods, with rice and milk that is simmered for hours in brass or clay pots over an open fire, modern variations are limited only by imagination. Garnishes include fresh and dry fruits as well as nuts, roasted in pure ghee. In south India, sugar is often replaced by jaggery and coconut milk for a subtle flavour variation.

A food of the gods, payasam is believed to have been first prepared several thousand years ago in temples, with numerous references in Vedic texts and other literary sources. The most famous tale, of course, is from Valmiki Ramayana, where a golden bowl of payasam emerges from the sacrificial fire. The childless King Dasharatha is blessed with children after his wife Kaushalya consumes one half of the payasam, and his other wives, Kaikeyi and Sumitra, who gets the double portion, share the other half.

At the iconic temple of Lord Jagannath at Puri in Orissa, an army of head chefs and assistants have painstakingly prepared payasam daily for over two thousand years. Made as prasadam, neivedhyam or bhog (an offering to the gods), it soon gained importance as a festival dish and the culinary tradition continues to date. Significantly, annapraashan or the first ritualistic offering of rice and milk to a child, is an important Hindu custom. Today more than 1000 men are employed in the kitchen which houses an astounding 752 wood-burning clay stoves.

The temples of Varanasi serve kheer during festivals and havans, using milk, rice, ghee and sugar, delicately flavoured with keshar and cardamom.

Payasam is an important ritualistic offering in South Indian temples. One of the most celebrated legends is that of Ambalapuzha palpayasam.

According to the legend, Lord Krishna once appeared in the form of a sage in the court of the king who ruled the region and challenged him to a game of chess (or chaturanga). Gladly accepting the challenge, the king asked the sage to choose his prize in case he won. As a man of modest means and needs, all he wished was a few grains of rice. The amount of rice itself would be determined using the chessboard in the following manner: one grain of rice would be placed in the first square, two grains in the second square, four in the third square and so on with each pile growing at a geometrical progression from the past pile. Upon hearing the demand, the king was unhappy, since the sage requested only a few grains of rice instead of other riches from the kingdom, which the king would have been happy to donate. He requested the sage to add other items to his prize, but the sage declined.

Needless to say, the king lost the game. As he started adding grains of rice to the chess board, the king soon realised the true nature of the sage’s demands. By the 20th square, the number had reached one million grains of rice, and the royal granary soon ran out. The king realised that even if he provided all the rice in his kingdom and his adjacent kingdoms, he would never be able to fulfil the promised reward. Upon seeing the dilemma, the sage appeared to the king in his true form, that of Lord Krishna. He told the king that he did not have to pay the debt immediately, but could pay him over time. The king would serve paal-payasam (made of rice) in the temple freely to the pilgrims every day until the debt was paid off.

One of navarasas, or nine different tastes of the palate, Payasam is integral to any festive meal and in south India is served on a banana leaf. It can be served first at any formal occasions, or often as the penultimate course. Payasam is also the centrepiece of Kerala Sadaya (the traditional vegetarian feast) taking on numerous variations as paal-pradhaman or chakka pradhaman to name a few. 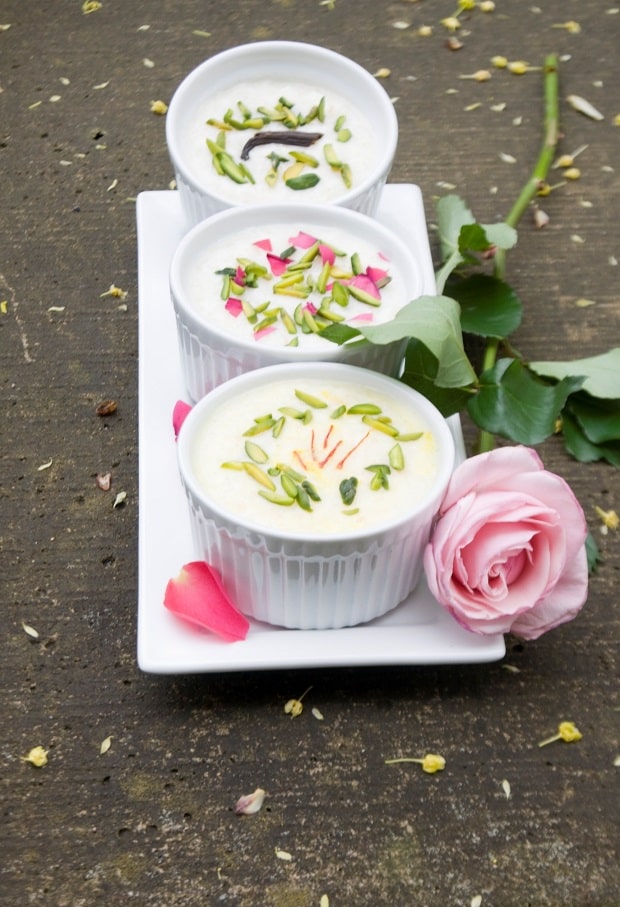 Heat the ghee or butter in a heavy pot over medium heat, and toast the rice for a minute.

Add the bay leaf and milk. Bring to the boil, reduce the heat, and simmer, stirring occasionally, until reduced to half its original volume.

Add the sweetener, currants, and cardamom, and simmer the mixture until it reaches one fourth of its original volume, and is thick and creamy.

Stir in the optional camphor, and cool to room temperature, or refrigerate until chilled.

For a modern twist, serve garnished with the toasted nuts. Alternatively, for another untraditional touch, top with a spoonful of pureed sweetened raspberries, strawberries, or red currants. 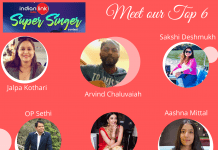 Over the fence: What do our Neighbours look like in 2017?